After seven years of fronting the popular Appalachian stompgrass band, The Wild Rumpus, at countless festivals, concerts, and clubs including Merlefest, Bristol Rhythm & Roots, and the Americana Music Association, as well as writing nearly all of the songs for their three studio albums, Andrew Adkins has now firmly established his own voice with the release of his fourth solo album, Who I Am, on Mountain Soul Records. 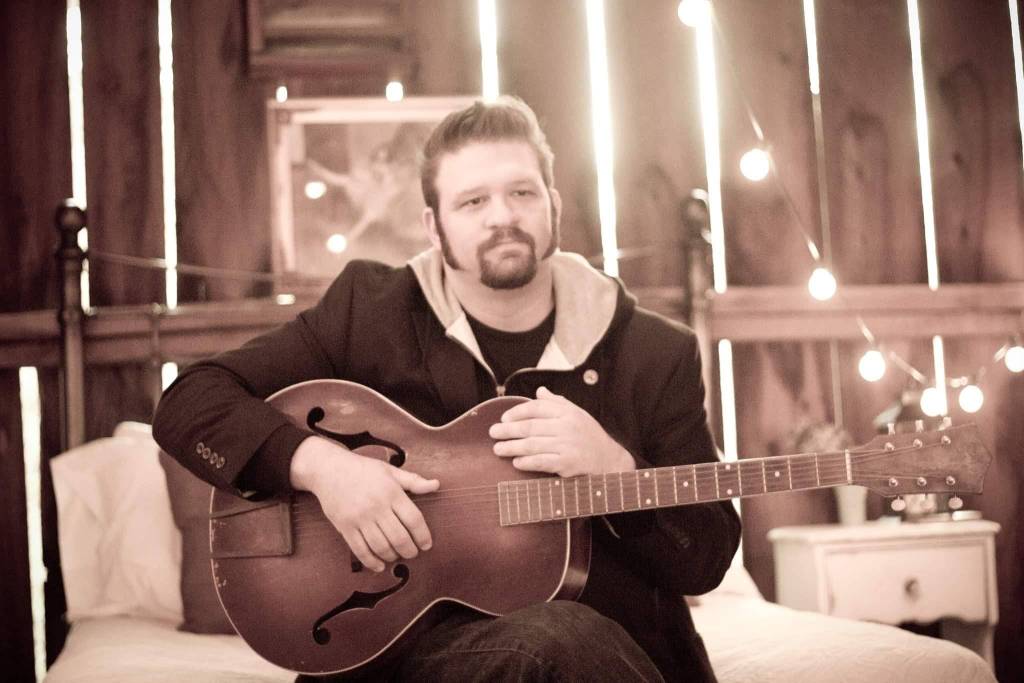 Andrew has a voice that is both real and comforting, taking listeners through his songs that are filled with the highs and lows of life and love.  I challenge anyone who listens to this album to not find a phrase, a lyric or even an entire song that doesn’t bring up a memory, or at the very least, the sense of being able to identify with Adkins and his songwriting.

After my first listen, I was immediately drawn to the songs,“Fragile Heart”, “Praying for Rain” and “Every Monday Morning“. Sometimes its lyrics that draw me in, other times its a melody or the beat. The first line of “Fragile Heart” hooked me immediately, “There was a time I gave my love away free. Gave it to a girl who never loved me”.  I can’t imagine there isn’t someone out there that hasn’t felt this way, especially in their youth. Unrequited love is a powerful thing, and Adkins sings about how it shaped his fragile heart.  Most importantly this song is one that people can relate to and that’s what’s great about this record. It’s full of real and relatable songs, that capture emotions or stories that people have most likely lived themselves.

“Praying for Rain” is another song on the album with lyrics that I immediately thought could have been pulled from my own head. “Well, sometimes I wish it was raining…. to match my mood”. There have been many days in my life that a sunny day is just too much and I long for a rainy and cloudy day to match how I’m feeling inside. In “Praying for Rain”, the song reflects on love that was lost. With amazing lyrics like “I don’t need you, but I want you. Pretend I don’t care, but I do. You’re the sweetest poison that I’ve ever tasted…”

If you’re wanting a lighter song that won’t give you all the feels, may I recommend the song, “Every Monday Morning“?  It’s got an upbeat tempo, which I love, and when the first notes of the stand up bass hit, you can’t help but tap your feet. The song has a definite old school/ Rockabilly feel to it and nicely balances some of the softer, more emotional songs on the album.

If you’re looking for a well-rounded album, filled with phenomenal songwriting and musicianship, then you’ll want to pick up Who I Am this Friday when it’s released.  Who I Am is available March 15th via Mountain Soul Records. Find it on iTunes, YouTube, Spotify, and http://www.andrewadkinswv.com/store.html.