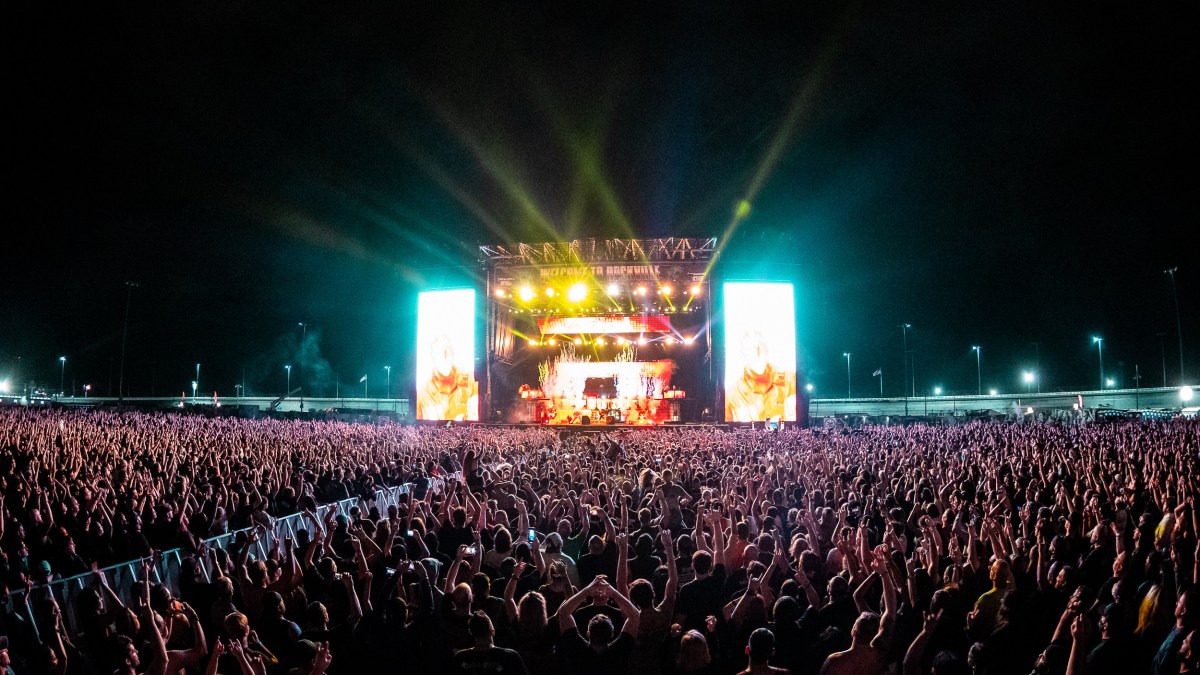 It’s early on in the year 2020 and press releases for all the upcoming concerts are starting to fly off the presses. Then the big ones started to hit. Welcome To Rockville, one of the biggest festivals put on by Danny Wimmer Presents that always kicks off festival season was announced. The three day festival that has traditionally been held in Jacksonville Florida was moving to Daytona Florida. To be exact, they were moving it to Daytona Speedway. Yes, the home of Nascar’s Daytona 500. This was looking to be huge and to make things even more spectacular there would be two nights of Metallica.

Then it hit. What everyone now knows, Covid-19. Events started to be cancelled. While the good folks at Danny Wimmer Presents held out hope that this would pass, things only got worse and wisely they postponed all their festivals. Flash forward to mid-2021 and things were looking rosy. Vaccines were made available, people were not getting sick so much, and doctors were really getting a hold of things. In light of all this, festivals were coming back.

While Welcome To Rockville traditionally has been held in the spring to kick off the festival season, things weren’t quite ready for the usual time of year. So instead of waiting until 2022, Danny Wimmer Presents decided to cap off the year with Rockville. As they had previously planned on holding it at Daytona Speedway, they held true to their plans and announced that November 11th – 14th the party would be on. Yes, you read that right, they decided to really make this an extravaganza and go for four days instead of the usual three. To make things even better they even managed to get Metallica back for two performances.

Finally, after nearly a year and a half, the day was here when Welcome To Rockville would kick off. With the festival being held on the infield of the speedway no one knew how this would work out. Would there be enough room? Would the speedway infrastructure make it difficult to navigate a music festival? Would the grounds be able to hold up to forty thousand music crazed fans a day? If there is one thing that the promoter Danny Wimmer Presents is, is thorough. They really did their homework in choosing the site. One thing festival goers know is there is always traffic and parking problems. Well at this location there were no problems whatsoever. At a venue that sees over a hundred thousand people for a day, getting a festival in and out would be a breeze.

Once in the speedway infield all questions and doubts would be quelled. With four stages, two main and two secondary there would be bands and music going near constantly over the course of the festival. All of the stages were a reasonable distance apart to accommodate the fans getting there quickly from the other stages. You could catch any band and get to the next one without missing a song. The use of some of the speedway infield road course as walkways between stages made sure that the grounds wouldn’t have any problems with all the fans in attendance. With a wide variety of food offerings to be had you never had to worry about starving or being thirsty. 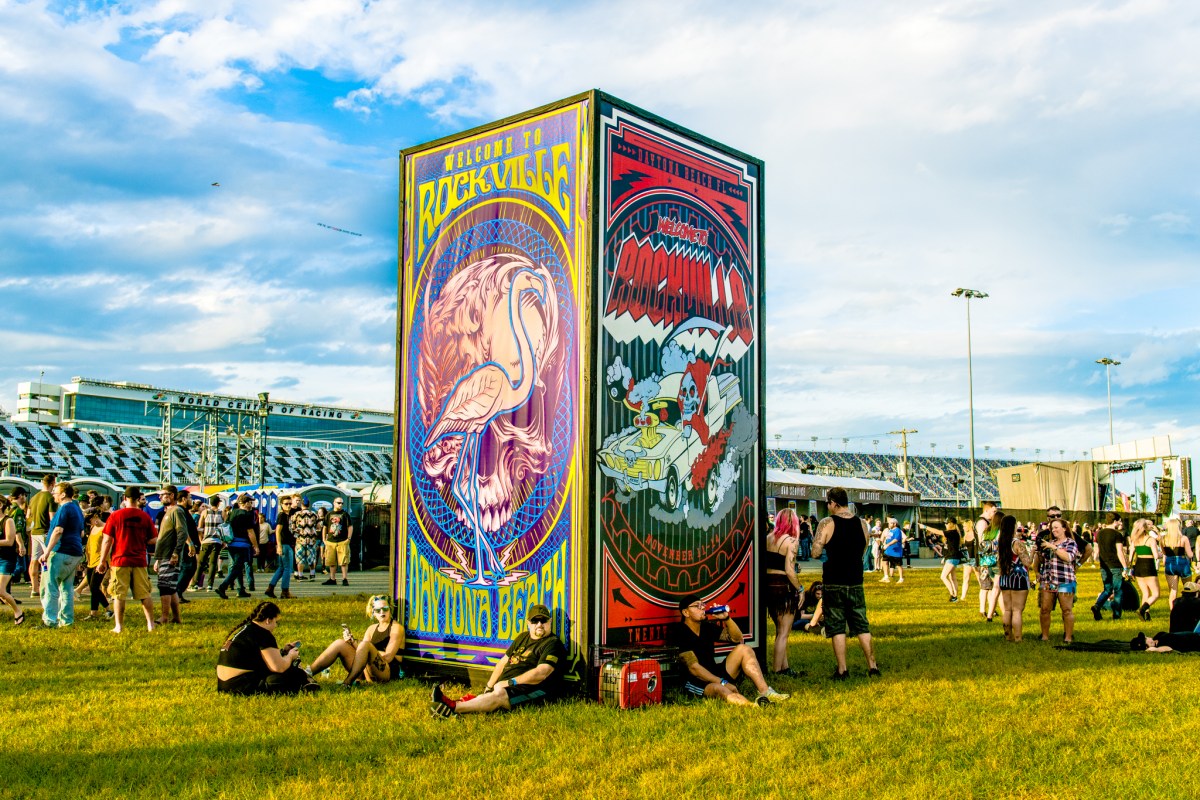 Just walking the grounds there was so much to see and do. With giant posters featuring acts from Rockville’s past to a Ferris wheel that you could ride and catch the show from, this was definitely a well thought out affair. Want to try out a guitar or jam out a little yourself? Yup you could do that in the Music Experience Tent. Specialty drinks were available in the Jack Daniels Char House, or the Blackened Bar. There was certainly so much to experience beyond the music.

What would a festival be without the music? After all this is why everyone was here. One of the early bands that was a must see for many was Spiritbox. Riding the success of their debut album Eternal Blue, they have become one of those bands that have generated tons of buzz. With lead singer Courtney LaPlante’s uncanny ability to switch between a near angelic voice to a demonic growl fans made sure to be able to witness this. Boy did they deliver. While they only had thirty minutes to showcase their music, they made the most of it. In a testament to how much the crowd was enjoying it mosh pits broke out early on the first day. Ya, this is how you get a festival going. 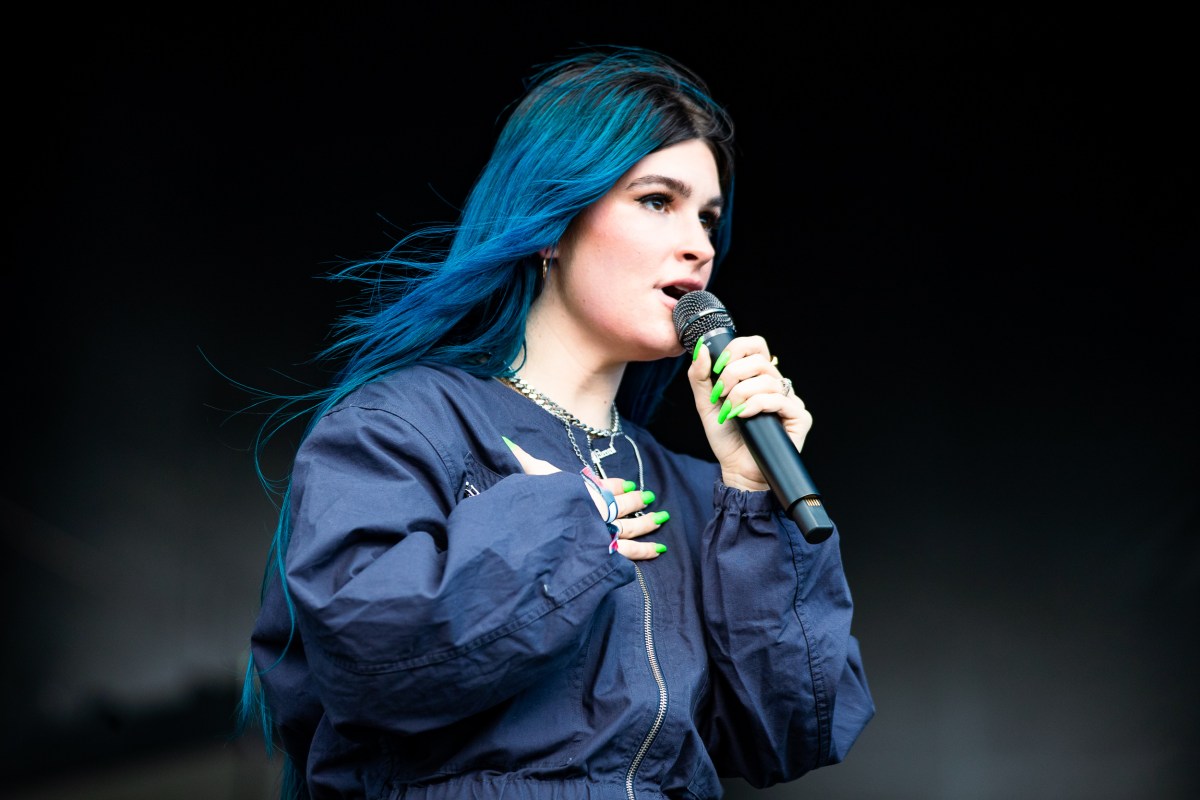 Another fan favorite early on in the day was Dorothy. As the sun was beginning to go down, things were heating up with her set. While not a hard rock act, her set is more in the vein of gritty blues. Regardless of the style of music, she had the crowd in the palm of her hand. She pulled out all the stops on her performance of “Whiskey Fever” and the crowd responded to her knockout performance. 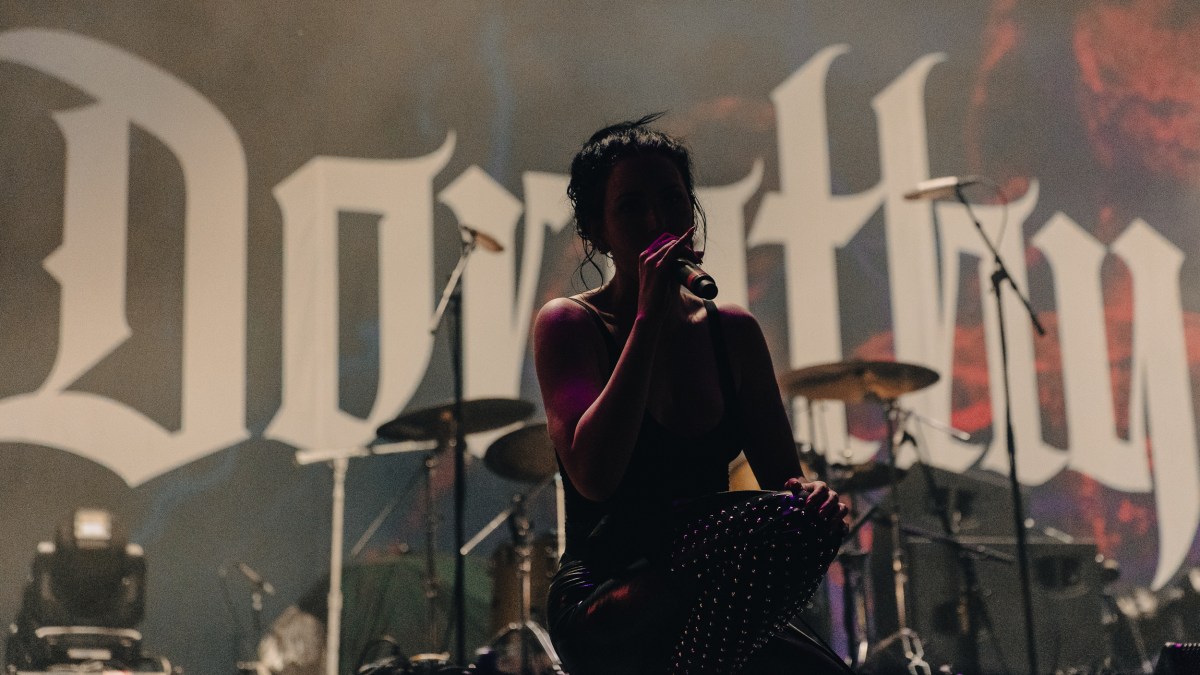 At this point in the first day, it was now time for the big acts to come out and play. First up was the French import that is riding high on the strength of their most recent album Fortitude, Gojira. With the sundown, now the light shows could be seen to add to the performances. Gojira did not disappoint on any aspect of their performance. Playing an absolutely brutal but masterful set with gorgeous lighting to highlight it all they mixed in a great collection of old and new songs. While they might not have closed out the first night this was certainly a performance that would be very hard to follow. 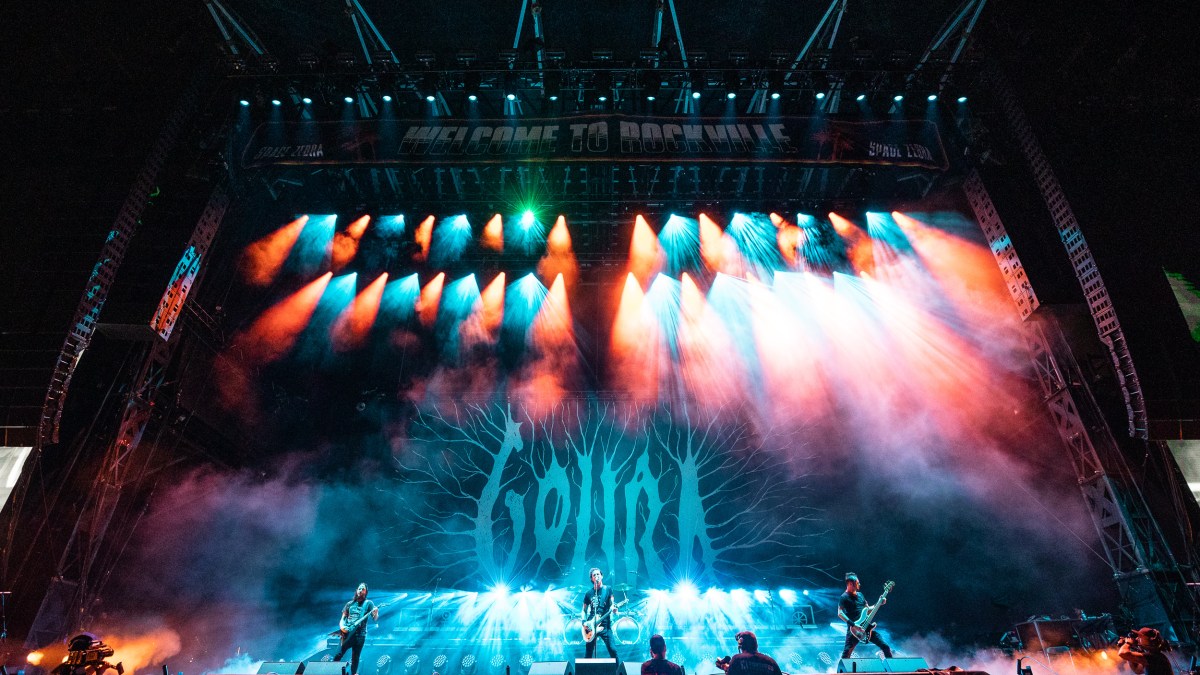 Closing things out on one of the two main stages on the first day was rap superstars Cypress Hill. While this is primarily a rock festival, acts like Cypress Hill can transcend genres. Their material is so well known that even the most die hard metal head has heard it. So, it was no surprise that their set turned into one giant party. For a full hour everyone was dancing to hits like “Jump Around” made famous by House Of Pain, “Rock Superstar”, and “Insane In The Membrane”. This was easily one of the most fun performances of the entire festival. 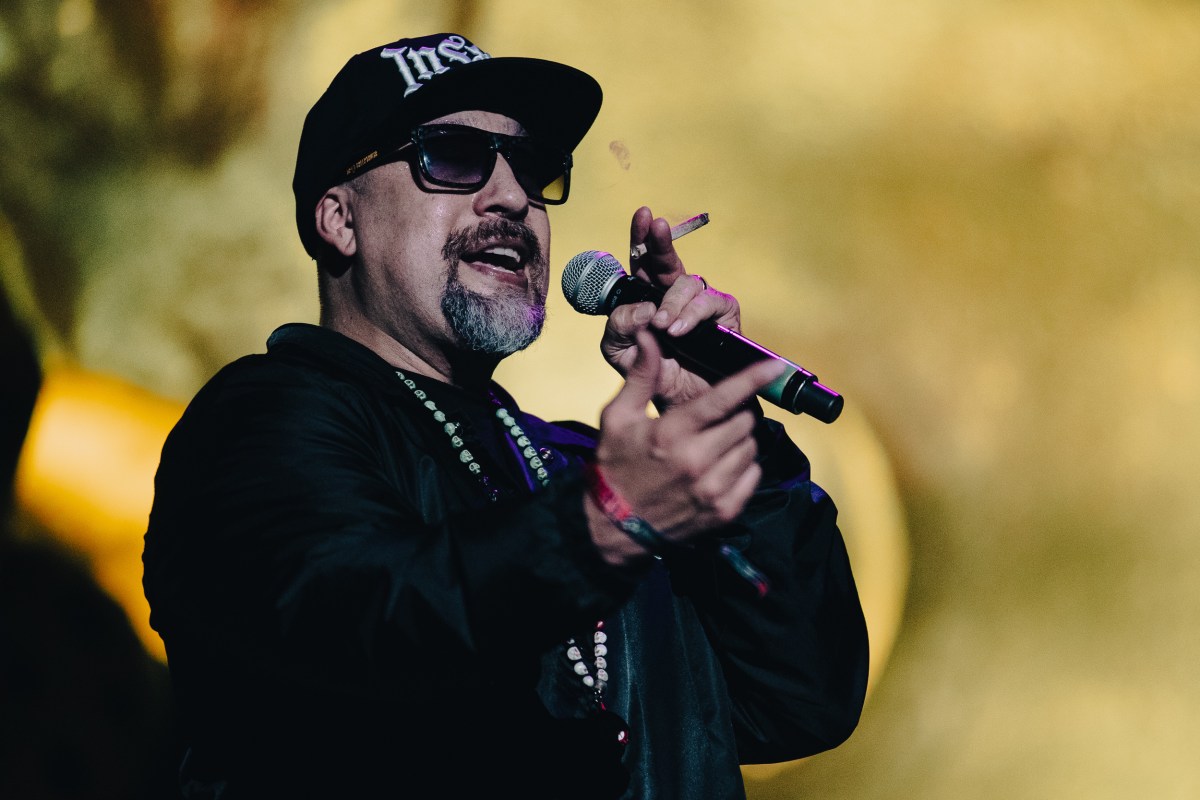 Now it was time for the last act of the day to close things out, the almighty Slipknot. While there is usually nine members on stage, tonight there would only be eight due to Clown being injured and unable to perform. But fret not, Corey Taylor and company delivered their usual high intensity performance. In what had to be the best in show speech by any performer Corey Taylor referenced the recent Astro World crowd surge tragedy when he said, “One of the wonderful things about this genre, about this audience, about this family, is that we look out for one and other.” He continued on by saying “Everybody that has ever been in a mosh pit knows if anybody ever goes down, you pick them back up.”  They gave the audience a wide range of the material. From their latest single “The Chapeltown Rag” to some of the older classic material like “People = Shit”, “Wait and Bleed”. 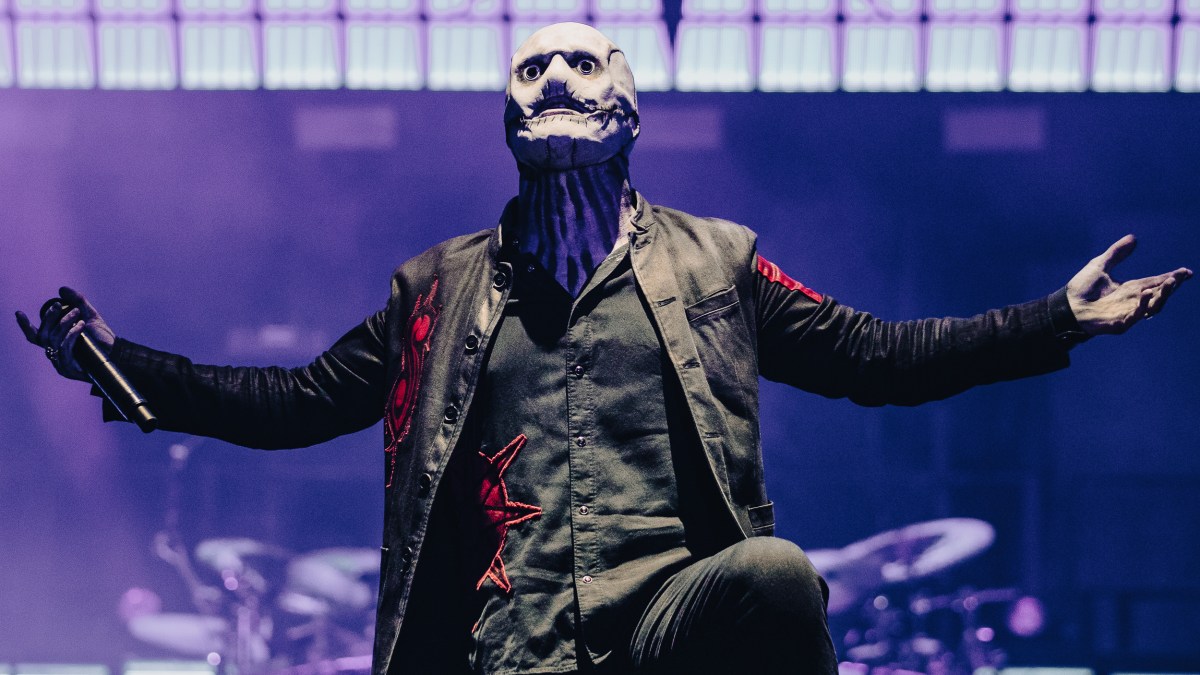 With seventeen plus bands performing all day across four stages, there was tons of music delivered to some forty thousand plus fans. In other words, day one of Welcome To Rockville was a resounding success. Not a single negative word was uttered by anyone as they left the speedway. All you could hear was everyone comparing their favorite performances and looking forward to what the coming days would bring.