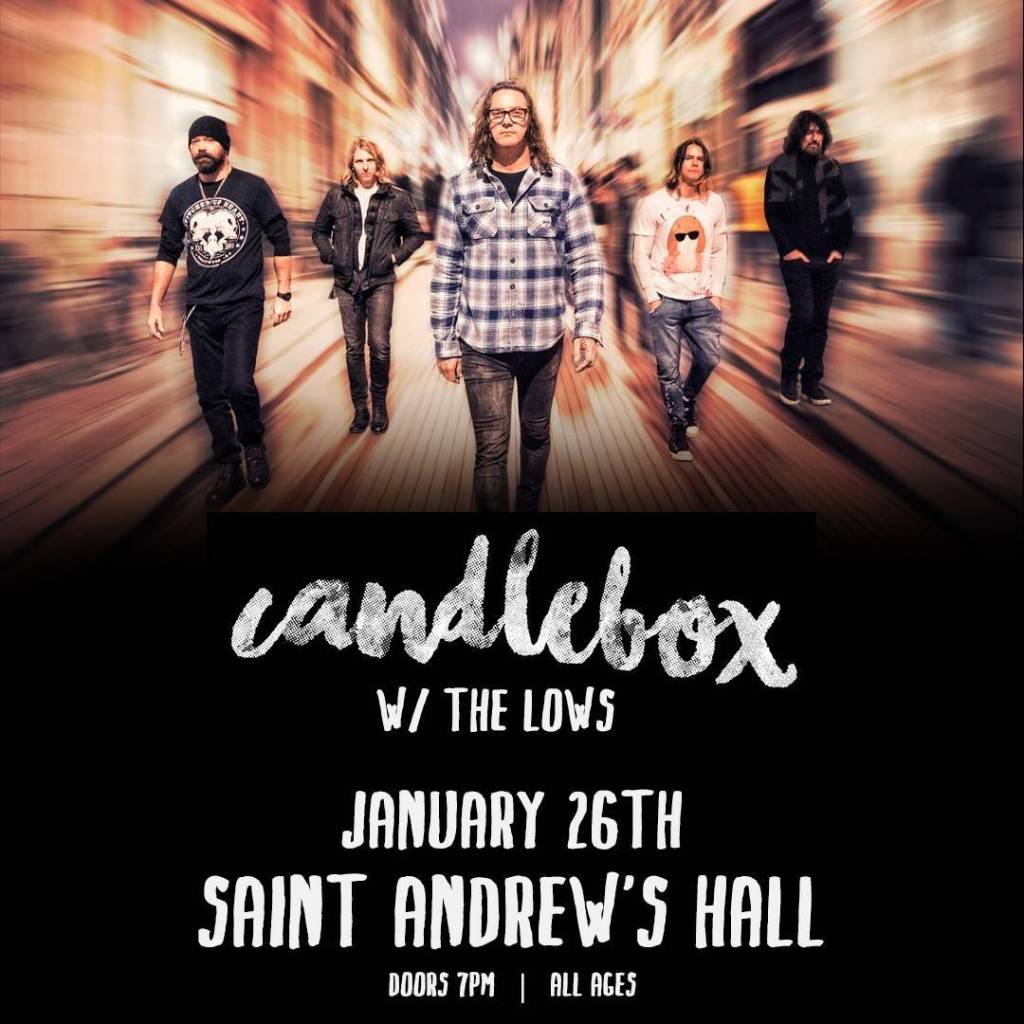 Detroit, Michigan (January 26, 2018) – Seattle alt-rockers Candlebox brought their 25 years of Rock & Still Rolling Tour” to Detroit, MI with a rousing show at Saint Andrews Hall tonight. A sold-out crowd of millennial’s, baby-boomers, and every generation in between, packed the 111-year-old venue to the rafters, anticipating the guitar-heavy sounds of hits from the band’s 1993 self-titled debut album to 2016’s Disappearing in Airports. Candlebox did not disappoint, churning up the crowd and giving us exactly what we came for.

Candlebox first hit the scene in 1993, releasing their eponymous debut album to much critical acclaim and chart success. The record featured the band’s two biggest singles to date, “Far Behind” and “You“. Their remarkable radio, concert, and chart successes garnered them a main-stage performance at Woodstock ’94 and put Candlebox at the top of the 90’s post-grunge scene.  Two more albums followed Lucy, which went gold in 1995 and Happy Pills three years later.

After a break-up in 2000, rumored to be the result of dissatisfaction with their record contract, the original members pursued solo projects before reuniting in 2006, spurred by the release of The Best of Candlebox compilation album. A few more personnel and label changes lead to the current lineup of original member Kevin Martin on vocals, Brian Quinn on lead guitar, Island Styles playing rhythm guitar, Adam Kury on bass, and Robin Diaz behind the drums. For the band’s 25th anniversary, this updated quintet kicked off the 25 years of Rock & Still Rolling Tour in January 2018, performing hits from the album that launched their career as well as offering a career retrospective from their entire six-CD catalog.

On this chilly winter night, local opening act, The Lows, warmed up the fans with an energetic set, teasing us with what was to come later in the evening with their modern take on the 90’s grunge/hard rock sound. Near the end of their set, lead singer Angelo Coppola introduced a special guest to help pay respect to the late Chris Cornell, welcoming headliner Candlebox’s own Kevin Martin to the stage, much to the fans’ delight. The two singers delivered a powerful rendition of Soundgarden’s “Black Hole Sun” that left the audience stunned and wanting more.

We didn’t have to wait long before Candlebox took the stage. Bathed in red & blue lights, front man Kevin Martin launched into “Sweet Summertime” from their fifth studio album, Love Stories & Other Musings. “Stand”, from 2008’s Into the Sun followed, featuring moody Zeppelin-esque sounds from Brian Quinn and Island Styles on guitars. Introducing the next song, Martin recognized Detroit’s WRIF 101.1 for being the first radio station outside of Seattle to play their music on the air. The locals responded with a loud cheer that continued with the opening chords of “Change” from the band’s quadruple-platinum debut album. Fans sang along with Martin’s distinctly raw but soulful vocals throughout the song. The band followed this with a slower tune, the power ballad “Blossom”, dedicated to the ladies in attendance, and newer releases “Crazy” and “Vexatious” with Martin singing “Can you do what’s been done, can you shine in the sun?” after a lighthearted rant about the “big, beautiful world out there” outside of our phones.

The lights dimmed to red for the long, bluesy, intro groove to “Breathe Me In”, with Quinn and Styles trading intricate guitar solos back and forth before Martin returned to the stage. Another surprise awaited us when previous Candlebox guitarist Mike Leslie joined Martin to perform “Spotlights”, a song the two wrote together for Disappearing in Airports. A short story about Martin’s childhood culminated with him dedicating the next song, “Miss You”, to his late father and featured Martin playing acoustic guitar. A crowd favorite, “Cover Me”, was next, ramping up with the driving rhythm section of Adam Kury on bass, and Robin Diaz, on drums. The sexy “Supernova” followed, a song once described by Martin as being “about that moment when you’re so rattled by your partner that you just can’t get enough.”  Another 1993 hit “You” had the crowd singing along while Martin grabbed a cell phone to share the on-stage perspective with the band’s fans that were not in attendance via Facebook Live. Diaz then gave up his seat behind the drums to up-and-coming Detroit musician, Katelyn Corll, for her chance to shine with an amazing performance as she pounded the skins on the band’s biggest hit “Far Behind”. The set wrapped up with 2016’s “The Bridge” and allowed guitarists Quinn & Styles to show off their skills with blistering solos, leaving the crowd completely satisfied.

Candlebox’s 25 years of Rock & Still Rolling Tour next heads to the Akron area, with a show Saturday, January 27th at Hard Rock Live Northfield Park, in Northfield, OH. The band then heads south to Florida for several dates. 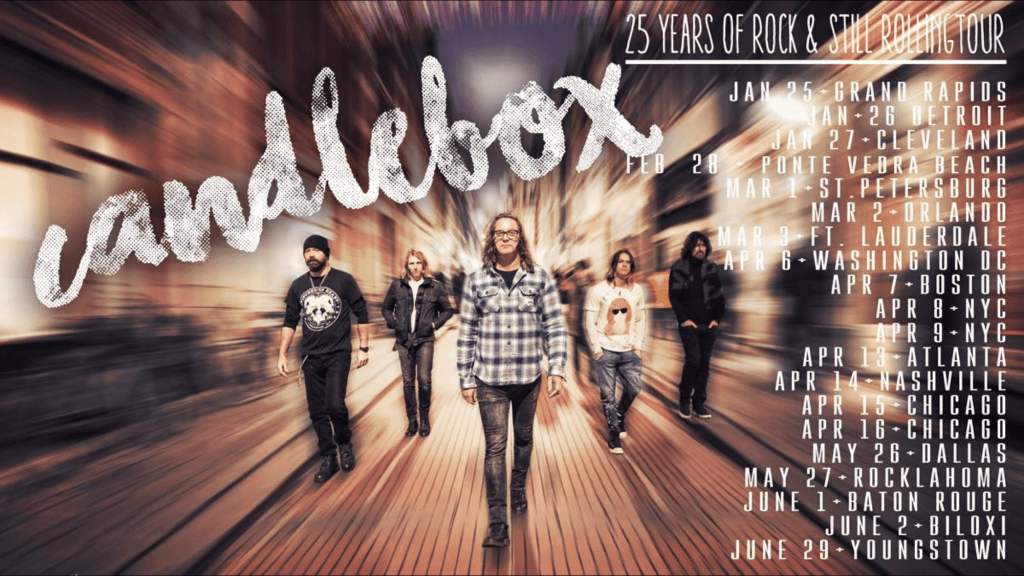