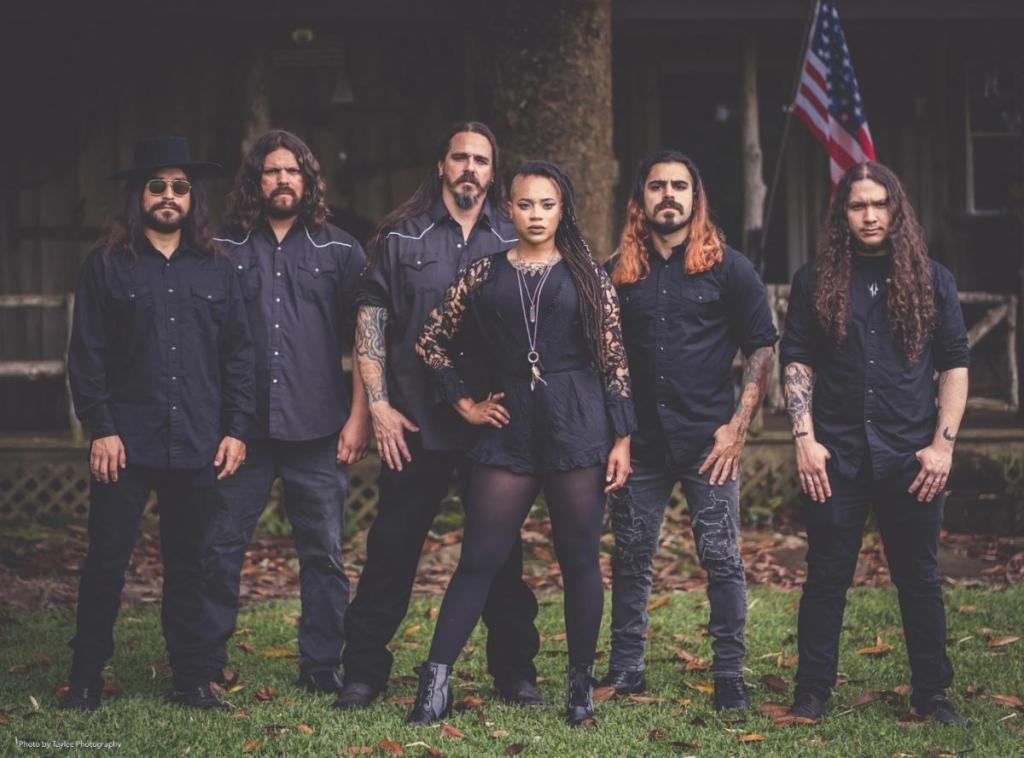 Oceans of Slumber holds many of the characteristics of the music that I personally enjoy across many different genres. Rock, death metal, with a hint of goth punk thrown in. 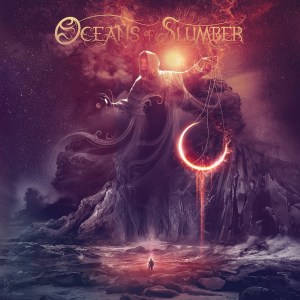 The album starts off with the song The Soundtrack to My Last Day. A haunting melodic metal tune carefully accompanied by the soothing vocals of Cammie Gilbert. At times the band drops out to a chilling silence leaving only a single acoustic guitar as Cammie sings. Only to break in to powerful growling backup vocals that force the song back into a intense peak of entertainment. The reverb on the vocals bring a cinematic feel to the track as the song checks in at over 7 minutes.

Track 2, Pray For Fire  begins with a more airy rock feel and is acoustic guitar heavy to start which is an interesting choice to follow the last track. It displays the bands full range of talent and veteran ability to hold back and create more dynamic music.  This song brings variety, from small synth parts, driving double bass drums, ear pierces guitar solos and demonic backing vocals over sinister distorted riffs.

Compared to the first two tracks, I felt that the next song A Return To The Earth Below was less exciting at first but later in the song I was pleasantly surprised by a super cinematic breakdown of talent, which was a perfect preview to the next track Imperfect Divinity.  This song is a eerie sounding instrumental almost as if it was from a from a Tim Burton movie soundtrack or something. The song is filled with keyboard and synths sounds and heavily effected guitar chords that bring about all sorts of picturesque thoughts.

After that unique and unexpected listening experience, I didn’t expect the next one, The Adorned Fathomless Creation to blast right into reversed throaty backing vocals, cutting guitar riffs and machine gun sounding death metal snare attacks. Cammie’s vocals soon envelope the sounds with soulful yet ominous lyrics that are performed masterfully over the rhythmic guitar riffs and metal leads.

With this album I am often surprised by sporadic gut wrenching growls that introduce well placed head banging choruses that I am sure will create many a mosh pit at their shows.

To The Sea starts with tolling bells and a bluesy guitar riff plays over some piano chords and synth. Cammie again showcases her strong vocal range in this song as the band seems to surrounds her tones with just the right amount of flare and embellishment then dropping back to have her stand out again.

Another favorite, The Colors of Grace begins with the unique sounds of the 12 string guitar and a solid rocking drum beat. This song is the first with male backing vocals that are melodic instead of the death metal growl. I like both but this was a nice touch and combined with everything else gave the song a slight old world feel.

On the next song Mourn These Yellow Leaves Oceans of Slumber continues to push the envelope with the unique mix of death metal and rock by dipping back and forth between the genres with rage filled backing vocals and body swaying melodies.

As an instrumental, September (Those Who Come Before) has beautiful piano melodies over a bed violins ranging from solo to symphonic filling arrangements. The next track brings more symphonic elements with Total Failure Apparatus. This song explodes into doom filled growling vocals and gritty guitar filled double bass.

The final track, Wolf Moon, a cover originally done by Type O Negative showcases another great decision in song placement by the band in choosing lyrically picturesque song that like their other sings has lyrics that will stay with the listener even only having heard them for the first time.

I will definitely be checking out Oceans of Slumber’s older work and hope to see catch them live once the world of music concerts are back to normal.

This self-titled album is available on Century Media Records as a standard CD jewel case, gatefold black 2LP+CD, digital album and can be pre-ordered HERE.

Oceans Of Slumber tracklist:
1. Soundtrack To My Last Day
2. Pray For Fire
3. A Return To The Earth Below
4. Imperfect Divinity
5. The Adorned Fathomless Creation
6. To The Sea
7. The Colors of Grace
8. I Mourn These Yellow Leaves
9. September (Those Who Come Before)
10. Total Failure Apparatus
11. The Red Flower
12. Wolf Moon (Cover Version)

A Return To The Earth Below