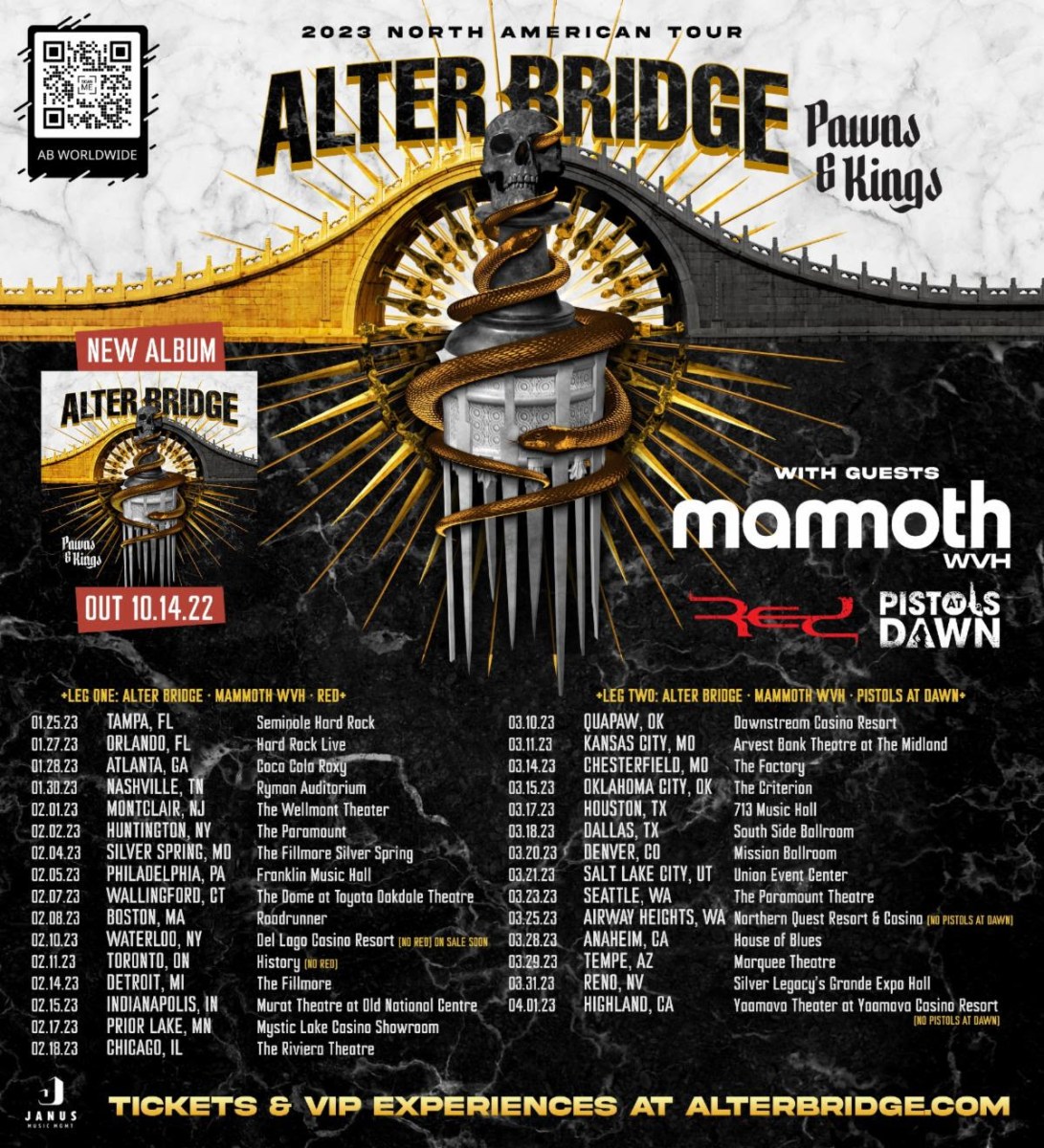 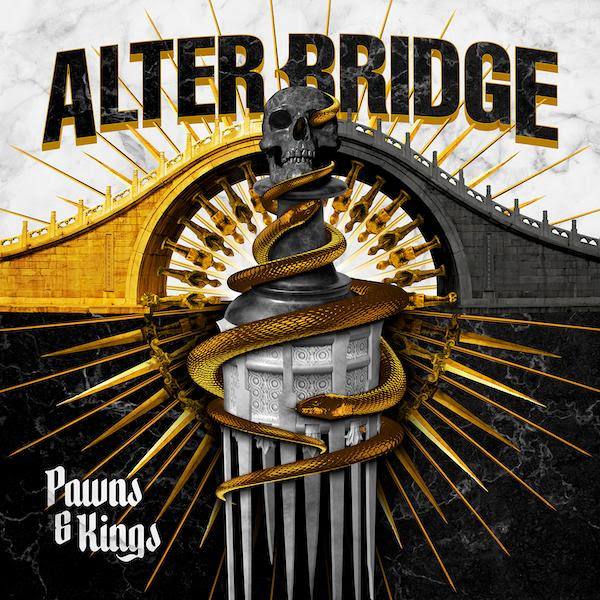 (New York, NY) – On the heels of their recently-announced seventh studio album, Pawns & Kings, acclaimed rockers Alter Bridge are announcing the North American run of their 2023 Pawns & Kings Tour. The 30-city tour – split into two legs – kicks off on January 25th in Tampa, FL and wraps up April 1st in Highland, CA, making stops in Nashville, TN (January 30th); Toronto, ON (February 11th); Kansas City, MO (March 11th) and Seattle, WA (March 23rd) to name a few markets. It has been almost three years since the quartet comprised of Myles Kennedy on vocals/guitars, Mark Tremonti on guitars/vocals, Brian Marshall on bass and Scott Phillips on drums has toured North America. Alter Bridge is also pleased to announce that Mammoth WVH – the Wolfgang Van Halen fronted band – will be joining them as direct support on the entire tour. Rockers Red will be playing on the first leg of the tour and newcomers Pistols At Dawn will be playing on the second leg. Tickets will be available everywhere starting Friday, August 26th. More information on tickets and VIP experiences can be found at https://alterbridge.com/pages/tour.

Pawns & Kings – the band’s seventh studio album – is scheduled for worldwide release on October 14th via Napalm Records. The first single “Silver Tongue” has been making moves up the Active Rock charts. Known for the signature dual-guitar attack that is backed by a driving rhythm section, “Silver Tongue” is one of the harder songs in the band’s recent catalog. The music video for “Silver Tongue” was released 2 weeks ago and is approaching 1 million views to date. The animated music video for “Silver Tongue” was created and directed by Ollie Jones of Better Feeling Films (Myles Kennedy, Prodigy, Psychedelic Porn Crumpets) and can be seen here: https://youtu.be/snl8OANQ948.

Pawns & Kings is comprised of 10 all-new epic tracks that are sure to garner the band new fans around the globe while satiating their fervent supporters that have been patiently waiting for new music from the band. Pawns & Kings found Alter Bridge reuniting with longtime collaborator and producer Michael “Elvis” Baskette to create a collection of memorable new additions to the band’s impressive catalog.

The track listing for Pawns & Kings is:

Alter Bridge will also tour extensively in Europe in support of Pawns & Kings, making 25 stops over the course of six weeks in November and December of 2022. More information on all tour dates and links to tickets can be found at www.alterbridge.com. 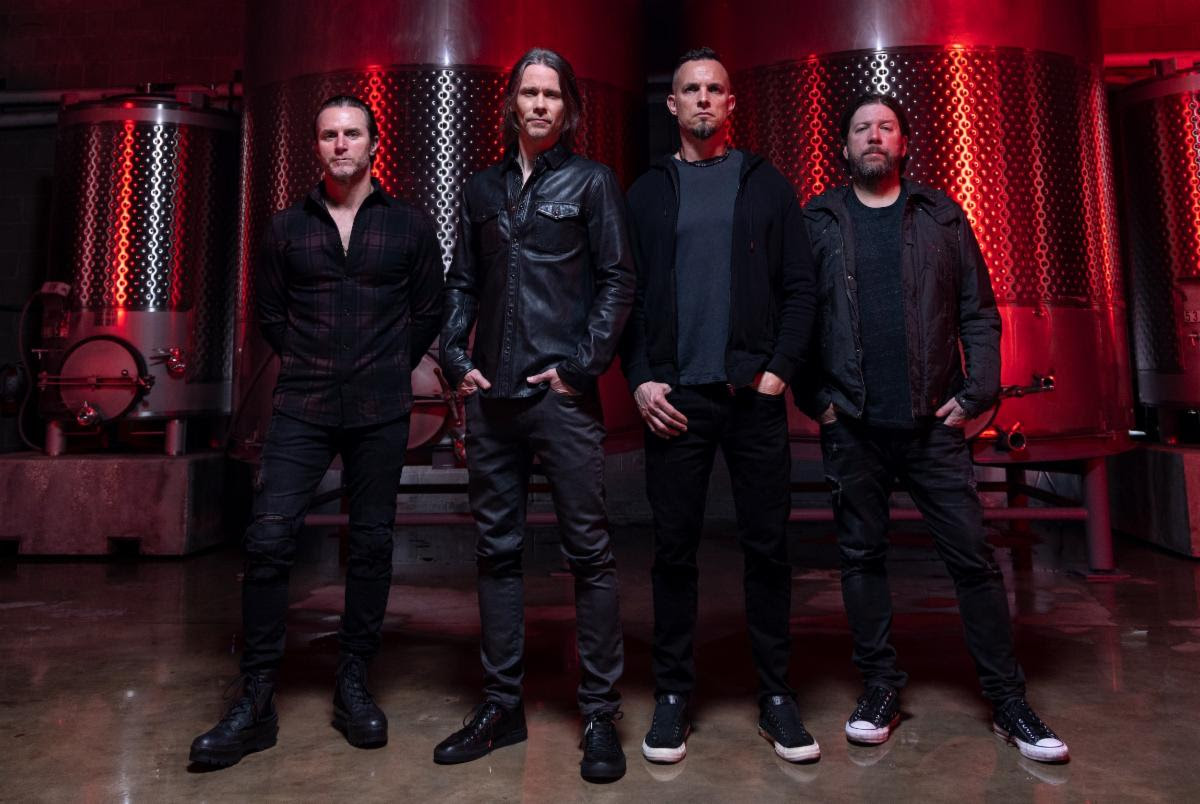 Alter Bridge have steadily climbed to the forefront of hard rock worldwide. They’ve exceeded all expectations and benchmarks with over a billion streams, millions of units sold, glowing critical acclaim, real estate on the covers of Classic Rock Magazine and Guitar World, and storied sets at Royal Albert Hall, the O2 Arena and Download Festival. On this journey, 2004’s debut LP One Day Remainsbowed in the Top 5 of the Billboard Top 200 and went gold. In 2007, Blackbird’s title track took flight on the wings of the “Greatest Guitar Solo of All Time,” as voted in Guitarist Magazine, while countless fans etched its lyrics and logo onto their bodies. That album also recently went gold in the United Kingdom. Critical plaudits surrounded the 2013 opus Fortress with “5-out-of-5 stars” from KERRANG!and Total Guitar, as well as Eddie Trunk’s declaration of, “A Top 10 album of the last 10 years.” 2016’s The Last Hero saw them return to the Top 10 on the Top 200. Maintaining this momentum, Walk The Sky made impressions around the globe when it reached #1 on the US Billboard Top Albums, Top 200 Alternative Albums, Top 200 Hard Rock Albums and Top 200 Rock Albums charts, as well as #1 on Canada’s Top Hard Music Albums chart. The album also hit #1 on the Swiss Album charts, landed in the Top 5 on the Canada, UK, Germany, Austria, Scotland and Switzerland charts and closed out the year on Loudwire’s “The 50 Best Rock Albums of 2019.” These musicians have unassumingly done all of this with a quiet dedication to writing meaningful songs and performing unforgettable shows (and they’ve delivered both with almost alarming consistency). Still, the influential quartet—Myles Kennedy [vocals, guitar], Mark Tremonti [guitar, vocals], Brian Marshall [bass], and Scott Phillips [drums]—ascend to yet another level on 2022’s Pawns & Kings[Napalm Records]. It is the culmination of almost two decades together soaked in blood, sweat, tears, and the triumph earned through never giving up. It represents the bandmates’ dedication to one another and their collective devotion to a devout fanbase.