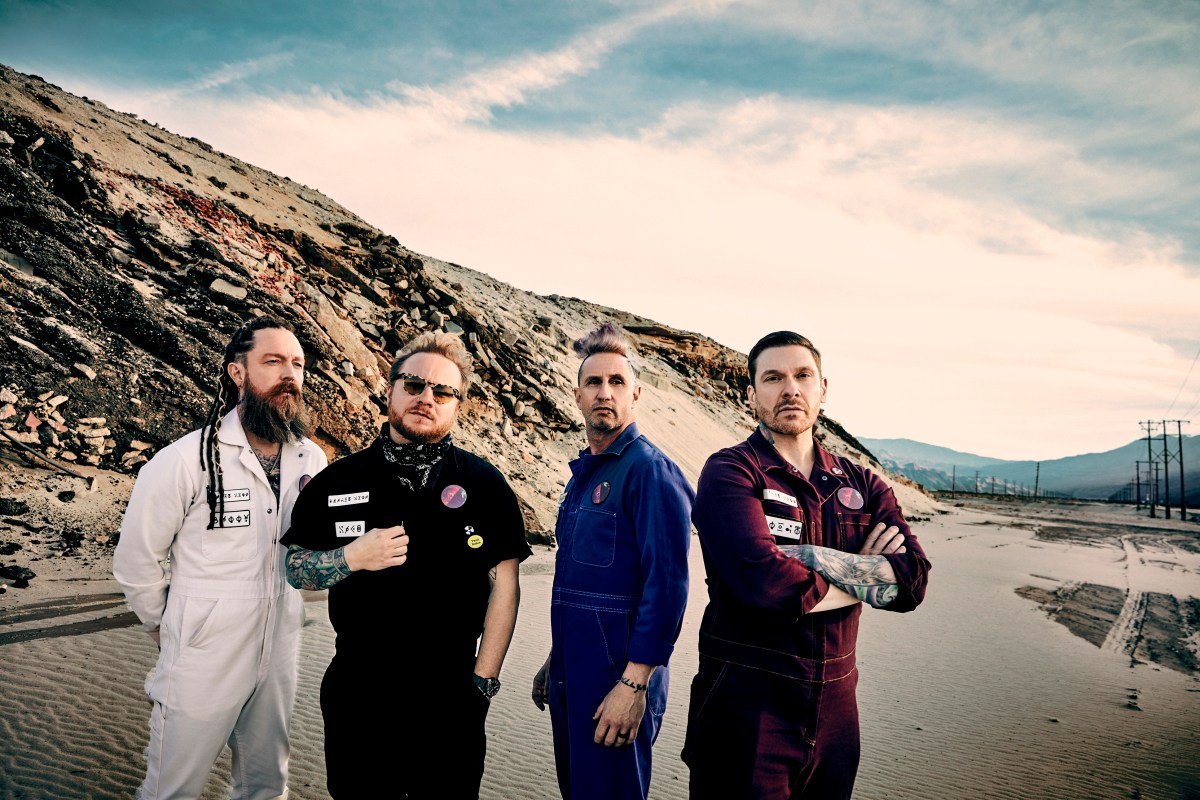 New York, NY – [January 26, 2022] – Multi-platinum rock band Shinedown have released their lead single “Planet Zero,” the title track from their newly announced seventh studio album out April 22 on Atlantic Records. Planet Zero serves up an incisive look at the issues at hand: cancel culture run rampant, the corrosive effects of social media on mental health and society, and the increasingly toxic division among those of differing ideologies. Featuring Shinedown’s explosive yet artfully crafted sound and urgent lyrics, single “Planet Zero” rings the alarm on a dystopian warning of the dangerous consequences to come when it all goes too far, and we begin to lose our respect for those with differing opinions and our compassion for one another.

PRESS HERE to listen to the single, and pre-order Planet Zero HERE. Each pre-order includes an instant download of “Planet Zero.”

Says Brent, “If we shut each other down and allow ourselves to be divided by the information we consume and the way we talk to each other, we lose our humanity. When you look outside of your phone, you’ll see there are so many people doing good things and trying to take care of each other. But we’re starting to see parts of society slip into an unknown. Planet Zero was written for all of us. The fact is that we’re all here on this planet no matter what, so it’s time to actually move forward together with empathy, perseverance and strength. With that said….welcome to PLANET ZERO.”

Over the last two decades, Shinedown have cemented their status as one of the most vital and forward-thinking powerhouses in modern rock. Their most ambitious and masterfully realized work to date, Planet Zero is a high-concept, ultra-vivid, viscerally charged saga. A critical yet optimistic look at the fractures and frays of a society that has undergone many challenges in the last few years, the album is part social commentary and part in-depth exploration of the human psyche. Produced by Shinedown’s Eric Bass (who also produced the band’s 2018 acclaimed album ATTENTION ATTENTION,) and recorded at Bass’ newly built Big Animal Studio in South Carolina, Planet Zero matches its immersive world-building and takedown of authoritarianism with a deliberately unvarnished sound, and the album is spliced with interludes featuring Cyren, an insidious and unsettling robot character that appears throughout the Planet Zero journey. While a raw ferocity fuels much of Planet Zero on tracks like “The Saints of Violence and Innuendo,” “No Sleep Tonight,” and “America Burning,” there is also hope, triumph, and reminders that we all need one another on songs like “Daylight,” “Dysfunctional You,” and “A Symptom of Being Human.” After all, it is the band’s impassioned striving for unity that has long been at the heart of their creative output and deeply informed the making of Planet Zero. Not only a driving force for their songwriting, their humanitarian outlook led Shinedown to be one of the first artists to fundraise for non-profit humanitarian aid organization Direct Relief in the early days of the COVID-19 pandemic, raising more than $400,000 with their “Atlas Falls” relief effort. Full Planet Zero tracklist is below.

Shinedown will be hitting the road in support of Planet Zero with their biggest stage show yet, propelled by the undeniable power of front man Brent Smith’s voice. Shinedown kicks off the first leg of their U.S. tour with the Shinedown Live In Concert Tour tonight in San Francisco at The Warfield, before heading to Los Angeles for a show at The Wiltern on January 28th. Fast-rising rock artist and one to watch, Ayron Jones, opens for Shinedown on this run through early February. Beginning April 1, Shinedown will take their The Revolution’s Live Tour to more cities all across the U.S. in April and May, with special guests The Pretty Reckless and DIAMANTE. Later in May, Shinedown will head to Daytona Beach for Welcome To Rockville 2022 where they’ll headline Saturday, May 21 alongside Guns N’ Roses and Rise Against. In June, Shinedown will head overseas for a UK and European run featuring festival appearances at Rock im Park and Rock am Ring in Germany, Download Festival in the UK, and HellFest in France along with select shows with Iron Maiden. The band will then embark on a run of Canadian dates beginning in July with support from Pop Evil and Ayron Jones. Full routing below. For tickets and all show details, please visit www.shinedown.com.

Planet Zero follows Shinedown’s 2018 acclaimed album ATTENTION ATTENTION, which was certified RIAA Gold. The band recently brought the LP to life in a riveting feature film. A visual counterpart to the album’s narrative about a mental health journey and the resolve of the human spirit, the ATTENTION ATTENTION film weaves together the album’s 14 songs into a provocative and thought-provoking cinematic story that illuminates yet another dimension of Shinedown’s limitless creativity. PRESS HERE to watch the trailer. The film, directed by Bill Yukich (Beyoncé, Metallica, Wiz Khalifa) is available for viewing on digital and cable VOD in the U.S. and Canada via iTunes, Amazon, Google Play, Vudu, Comcast, Dish Network, Verizon Fios, and Mediacom, and is also available for purchase on Blu-ray and DVD – PRESS HERE to purchase and watch. It will soon be available in other international territories.

ABOUT SHINEDOWN
Multi-platinum, record-breaking band Shinedown – Brent Smith [vocals], Zach Myers [guitar], Eric Bass [bass, production], and Barry Kerch [drums] – have achieved astronomical success with their combustible yet artfully crafted sound and penetrating lyrics while embodying the kind of creative dynamism that defies expectation and transcends boundaries. They were recently named #1 on Billboard’s Greatest Of All Time Mainstream Rock Artists Chart, after notching the most ever #1s in the 40-year history of the Mainstream Rock Songs Chart with a string of consecutive #1 hit singles “Atlas Falls,” “ATTENTION ATTENTION,” “GET UP,” “MONSTERS,” and “DEVIL.” With 10 million albums sold worldwide, 14 platinum and gold singles, over 4.5 billion global streams, platinum or gold certification for all their albums, 17 #1 Active Rock hits, all 27 career singles reaching the Top 5 on Billboard’s Mainstream Rock Songs Chart, and countless sold-out arena tours, Shinedown have also become an essential cultural force as evidenced by their major media acclaim and participation in the prestigious 92Y Talks series. The band’s last studio album, 2018’s acclaimed ATTENTION ATTENTION, debuted in the Top 5 on the Billboard 200 and simultaneously hit #1 on Billboard’s Alternative, Top Rock and Hard Rock Albums Charts. Shinedown continues to engender diehard love from millions of global fans with their high-octane live shows and has racked up countless sold-out arena tours and festival headlining sets. 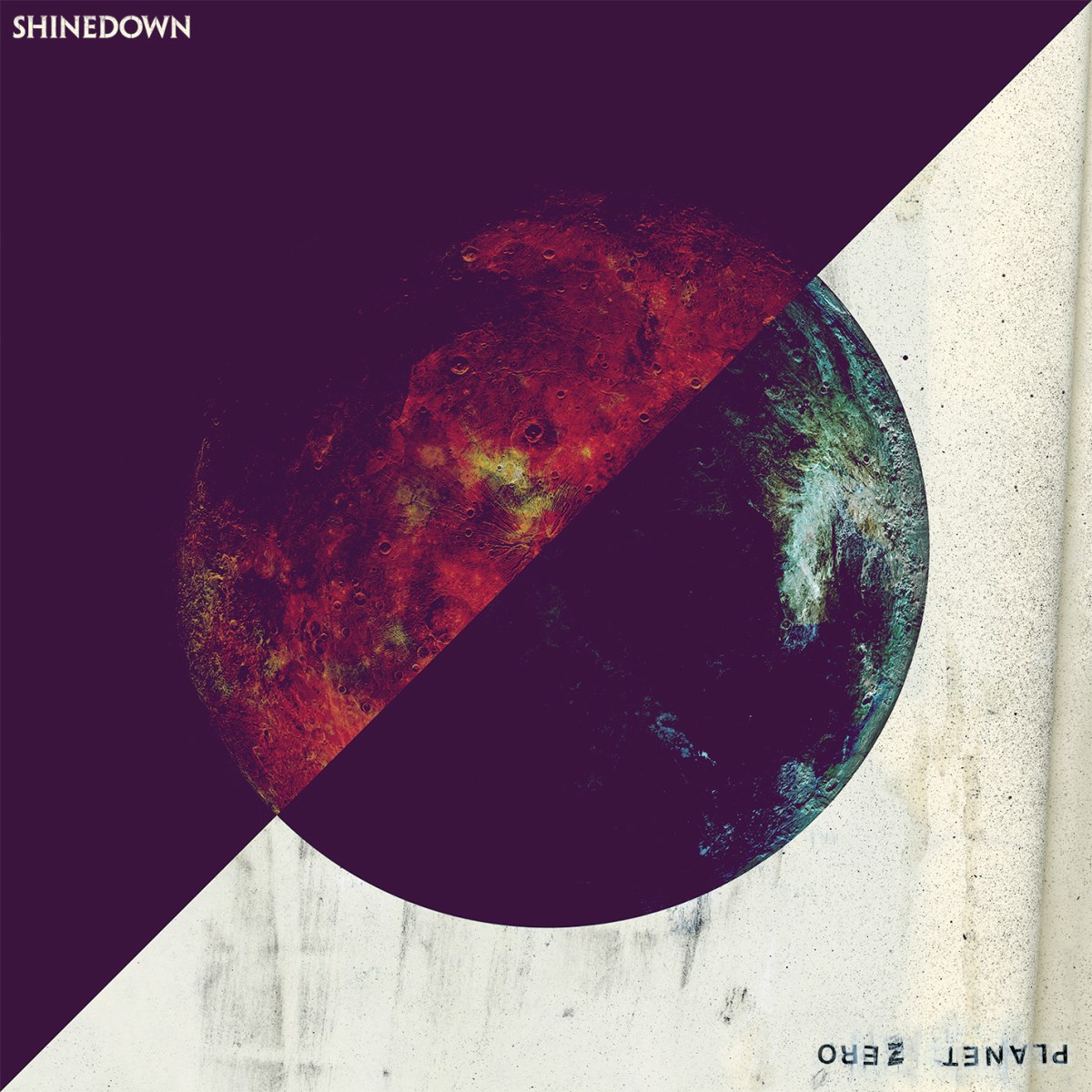 KEY:
* with Pop Evil
^ with Ayron Jones
# with The Pretty Reckless and DIAMANTE
+ with Iron Maiden

While Shinedown is excited about their latest single, Planet Zero, their feature film Attention Attention is still something that is important to them. It came out in the Fall of last year in the U.S. and Canada and will be available internationally soon.  Even though they are two very different projects, at the end of the day, it’s all about humanity and the complex struggles and triumphs that we all go through, and the message is that we are at our best when we need one another, as Brent likes to say!