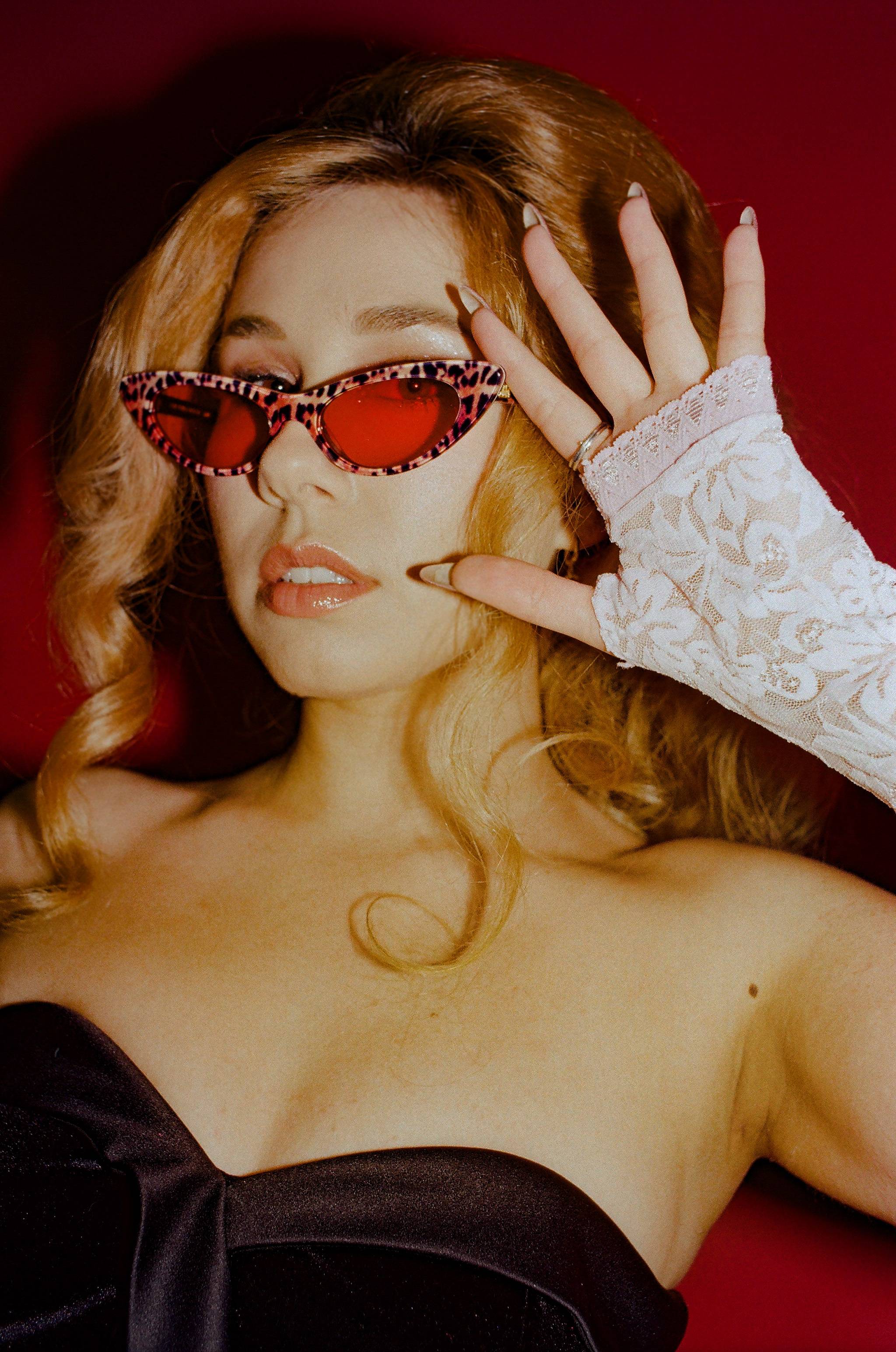 Haley Reinhart is a 28 year old singer/ songwriter born in Wheeling, Illinois. On March 27, 2019 she released her newest jazz/ soul/ pop with a little bit of rock album, Lo-Fi Soul.

Haley has been involved in music her entire life. She began by singing covers with her family as a child, then through high school where she became more involved in jazz music. After graduating high school she attended Harper College as a full-time student from 2009 to 2010 studying jazz. She then auditioned for American Idol making it to Hollywood in the tenth season by singing The Beatles “Oh! Darling”. Although she did not win the season, she placed 3rd and signed a record deal with Interscope Records in 2011. In 2012 she released her debut R&B/ soul album Listen Up! In 2015 she covered, the classic, “Can’t Help Falling in Love” by Elvis that was used in an ad for Extra Gum and she went absolutely viral. The single now has over 150 million streams on Spotify and as of January 2017 it obtained 20 million views on YouTube and 92 million views on Facebook. In April, 2016 she released her second album Better and in September, 2017 she released her third album What’s That Sound? Now, lets talk about her most recent album Lo-Fi Soul.

At first when hearing about the album, my initial thought was that I would not be the biggest fan because soul and jazz music has never been my favorite or go to, but after listening to Haley’s album Lo-Fi Soul she changed my mind. The album mixes jazz and soul with pop and some rock creating a sound that is rare to find in an artist now days.

To begin the album is song “Deep Water”. The introduction of the song is the perfect introduction to the entire album, setting the mood for what is to come. It begins with a soft instrumental fade in going into a hum. Immediately once she starts singing you can hear the old time soul that today’s music has been missing. Throughout this track we get a taste of everything the album has to offer, from harmonies and powerhouse vocals to hitting every genre mentioned (jazz, pop, and soul).

The next track up is “Oh Damn”, my personal favorite. When the song begins you get the other side where she continues the light and airy notes and harmonies but uses the piano more intensely and prominent than before. When it comes to the vocals throughout the song she shows how much of a powerhouse vocalist she is and her raw and raspy voice, especially when you reach the last minute.

Third up is the track the album was named after and one of three singles released before the album, “Lo-Fi Soul”. The song begins with only a tambourine and her vocals which creates the perfect sound for an airy soul/ pop introduction. As the song continues she shows her old time sound by keeping the song focused mainly on her vocals with a tambourine and occasionally adding clapping throughout.

Her forth track, “Don’t Know How to Love You” was the first of three songs released as a single before the album in 2018. In the song, we get that small bit of rock in her album with the electric guitar and powerful vocals throughout yet still including that soulful sound that will blow you away.

In her next few tracks like “Strange World” and “Crack the Code” we hear a lot of acoustic guitar and harmonies giving us that nice sway feeling . In her sixth track “Shook” it begins with the sound like you were playing it on vinyl and carries that vibe throughout. This is another track where we hear every genre on the album from the jazzy piano to soulful and pop vocals in the beginning leading into the electric guitar and raw power vocals towards the end to show the rock.

When we move down the album a bit, we reach “Honey, There’s the Door”, which is the last of three singles released first. This song gives that light and airy sound at full volume where we get a full serving of her jazzy vocals and instrumentals. The song also gives a message the is perfect for the sound of being respected, appreciated, and loved.

As we reach the last few songs of the album we continue to hear the rock and jazz sound in “Broken Record”, the soulful vocals with a strong piano presence with more of an acoustic sound in “Some Way Some How”. We get the pop, rock, and jazz sound in “How Dare You” with the power vocals once again and occasional clapping.

Now, thirteenth and last track of the album, “Baby Doll”. The song started with part of the chorus that is some high register a cappella then layered snapping and instrumentals. Throughout the song we hear a constant drum beat and some soft piano. We also get the light and airy soulful vocals that we have been hearing throughout the album.

The Lo-Fi Soul album by Haley Reinhart is not one you would want to miss out on. She is bringing back a sound that has been lost in today’s music but still creating something new. By mashing a number of different genres into not only one album but also all in some songs and succeeding is something that should be more appreciated. Overall, I would rate the album a 10/10.

Catch Haley on tour at a city near you, click here for tickets!