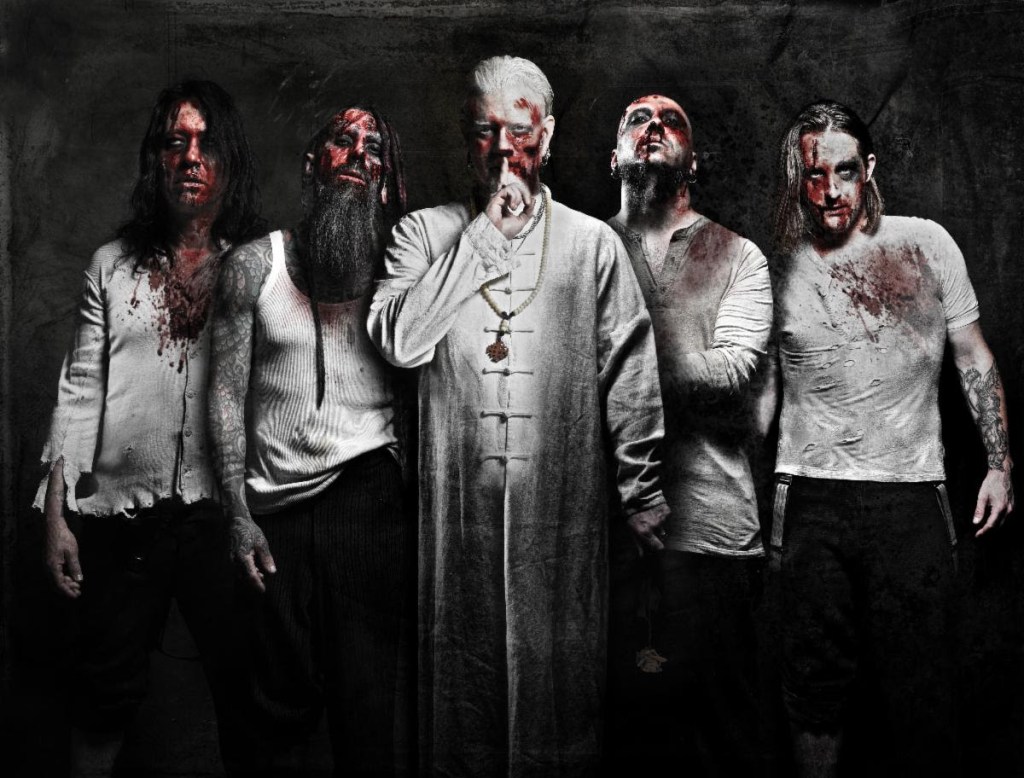 May 24, 2021– Los Angeles, CA) – LA alternative metal band Gemini Syndrome have just announced that after a lengthy, multi-year absence from touring that they will be returning to the road this summer. The band will be joined by A Killer’s Confession, Ovtlier, and Pushing Veronica. Also added to a select number of shows will be Eva Under Fire. All tour dates are listed below.
BAND TO APPEAR ON ROCK FEST AND UPHEAVAL FESTIVALS

The band will be touring in support of their recently released videos and singles “Die With Me”, “IDK”, “Reintegration”, and their forthcoming new studio album.
“We’re very excited to get back on the road this summer with some great friends. After all that the world has been through, it will be nice to be part of the communion of synners once again. See you all soon!” says Gemini Syndrome vocalist Aaron Nordstrom.
Drummer Brian Steele Medina continues, “It’s great to get back out and visit with our brothers and sisters again. Now more than ever we could all use music and human contact to balance out the pandemic, murder hornets & Pentagon UFO videos.”
Gemini Syndrome have recently released their new track and music video for “Die With Me” via Century Media. Watch the music video HERE and purchase/stream the track HERE. The track has recently entered the Active Rock radio charts, and sets the stage for the band’s new album (their 3rd overall) which is scheduled to be released later this year. Full details on the new studio album will be released at a later date.
“23, Shakespeare, The divine wedding of yin and yang… ‘Die With Me’ is an invitation for the listener to come along on the journey of self-discovery with us, which ultimately leads to the death of the lower self and the resurrection of the higher self. Lao Tzu said, ‘The one created the two, the two created the three, and then came the 10,000 things.’  2 and 3 respectively correspond to the male and female energies. 2 being a single line and 3 being a triangle or vessel. Therefore 23 signifies the merging of the seemingly opposite energies of male and female,” states Gemini Syndrome vocalist Aaron Nordstrom about the newest release.
Gemini Syndrome drummer Brian Steele Medina adds, “In our life we have many deaths, and many reincarnations, and these experiences transform us into a more complete version of our true self… Though while we’re going through it, it’s often uncomfortable, painful, and we tend to avoid these spiritual growth spurts because we’re more comfortable sitting in our pain and shit, than walking through it. So, after we’ve walked through enough of these challenges, we might seek out that person, or tribe whose combined experience could help each other traverse that path to transmutation.”
Our video for ‘Die With Me’ is designed for the watcher to be exposed to certain signs and symbols and evoke a spiritual experience.” continues Medina. “It depicts a young initiate performing a ritual at her sacred altar. The blindfold symbolizes that her quest for truth must begin within. She contemplates time, and she laments death and learns that time is an illusion. She scribes the language of her heart as she cries out to the Universe, (Uni-Verse = The One Song.) And we’re all dead, so that’s cool too.”
“The video for ‘Die With Me’ shows a different side of death than we’ve shown before. Even though we’re all fatally wounded in some way, we’re still performing and extending our invitation. Maybe the girl is performing a ritual to help our souls cross the river styx? Or to keep us animated in our now, dead state,” adds Nordstrom about the “Die With Me” music video.
Gemini Syndrome spent the better part of 2018-2019 writing the final installment of their long planned three album trilogy. They retreated to drummer Brian Steele Medina’s Las Vegas home studio, where they meticulously crafted song after song, relentlessly reworking and rearranging the musical arrangements until they were fully satisfied. After an exhaustive writing process, Gemini Syndrome relocated to Good Sounds Studio in Tempe AZ, where producer Matt Good would help realize the collection of songs. Medina recalls, “We absolutely loved working with Matt and he completely understood where we wanted to take this album creatively and what it was going to take to bring the third chapter of this trilogy to light. Our actual collective blood, sweat and tears went into its creation.”
“Die With Me” follows the release of “IDK” and “Reintegration” and is the band’s first new music since the release of their sophomore album Memento Mori (2016), which hit #1 on Billboard Heatseakers Chart and spawned five singles: “Eternity”, “Anonymous”, “Alive Inside”, “Sorry Not Sorry”, and “Remember We Die”. Stay tuned for more details about the band’s forthcoming third album by following the band on socials.
GEMINI SYNDROME USA SUMMER 2021
JULY 2021
09 Salt Lake City, UT  –  Royal Bar
10 Grand Junction, CO  –  Mesa Theater
11 Colorado Springs, CO  –  Sunshine Studios
13 Lincoln, NE  –  Royal Grove
14 Iowa City, IA  –  Wildwood Saloon *
16 Grand Rapids, MI  –  Upheaval Festival **
17 Cadott, WI  –  Rock Fest **
18 Belividere, IL  –  Apollo Theater
20 Des Moines, IA  –  Leftys
21 Joliet, IL  –  The Forge
23 Westland, MI  –  Token Lounge
24 Marietta, OH  –  Adelphia Music Hall
25 Rochester, NY – Montage Music Hall
27 Clifton, NJ – Dingbatz ***
28 Pittsburgh, PA – Crafthouse ***
30 Stroudsburg, PA – Sherman Theater
31 Harrisburg, PA – Stage On Herr
AUGUST 2021
01 Baltimore, MD  –  Baltimore Soundstage
03 Ft Wayne, IN  –  Ft Wayne Entertainment Center
05 Columbus, OH  –  King Of Clubs
06 Akron, OH  –  Empire Concert Club
07 Louisville, KY  –  Diamond Ballroom
08 Nashville, TN – Basement East
10 Tusla, OK – The Shrine
11 Oklahoma City, OK – 89th Street Collective
12 Lawrence, KS – Bottleneck
14 Denver, CO – Oriental Theater
15 Albuquerque, NM – Launchpad
* FOZZY headline. No PUSHING VERONICA.
** Festivals. No A KILLER’S CONFESSION, OVTLIER, PUSHING VERONICA.
*** EVA UNDER FIRE are direct support. No OVTLIER.