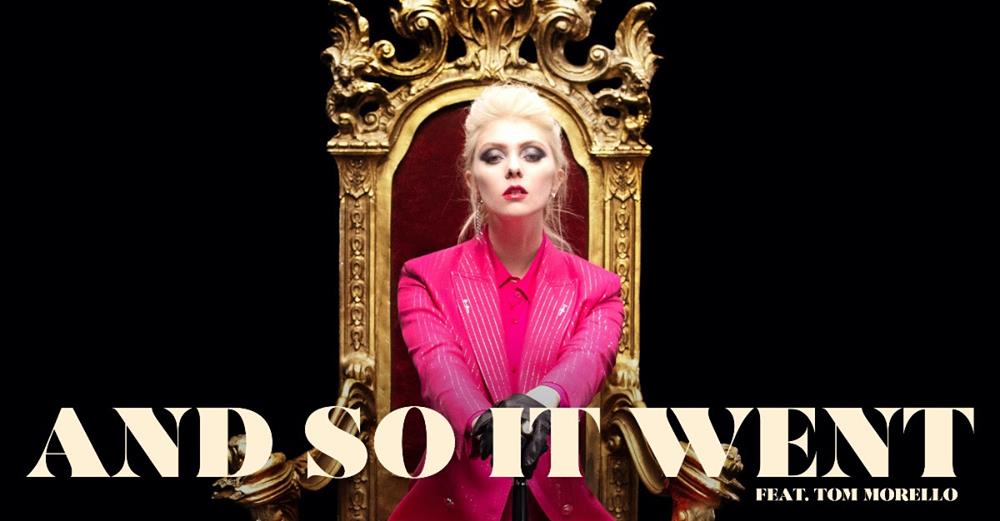 THE PRETTY RECKLESS SHARE OFFICIAL VIDEO FOR “AND SO IT WENT”

THE PRETTY RECKLESS have shared the official video for the new single “And So It Went,” featuring guitarist Tom Morello.

“The world has been in such a state of civil unrest,” singer Taylor Momsen previously said about the track. “‘And So It Went’ basically comes from that vision. As a songwriter, I feel like I’m not here to preach. I use music to observe and communicate what I see around me. This song felt like the perfect storm for Tom Morello to join in and rip the sound waves apart with his guitar. It was more than a pleasure having him add his unique and defining sound to the song.”

About working with the band, Morello shares, “I got to perform with Taylor Momsen at the Chris Cornell memorial show. We rocked ‘Loud Love’ and she nailed it — no easy task. Thank goodness she and her band continue to fly the flag for rock ‘n’ roll in a mighty way.”

Check out Momsen’s recent “A Night In With” feature over at Nylon.

The Pretty Reckless will release their fourth album, Death By Rock And Roll, on February 12 via Fearless Records. Pre-orders are live here.

The album follows 2010’s Light Me Up, 2014’s Going To Hell, and 2016’s Who You Selling For. The first single and title track rocketed to No. 1 on the radio charts and held strong for several weeks. It marked the fifth No. 1 single of the band’s career and was heralded by Paper, Loudwire, CNN, Forbes, and more. The band also has the incredible and impressive distinction of being the first female-fronted band to have back-to-back No. 1 singles at the active rock format and the first female-fronted act to have five No. 1 singles on the Billboard chart.

DEATH BY ROCK AND ROLL TRACK LISTING:
“Death By Rock And Roll”
“Only Love Can Save Me Now”
“And So It Went”
“25”
“My Bones”
“Got So High”
“Broomsticks”
“Witches Burn”
“Standing At The Wall”
“Turning Gold”
“Rock And Roll Heaven”
“Harley Darling”