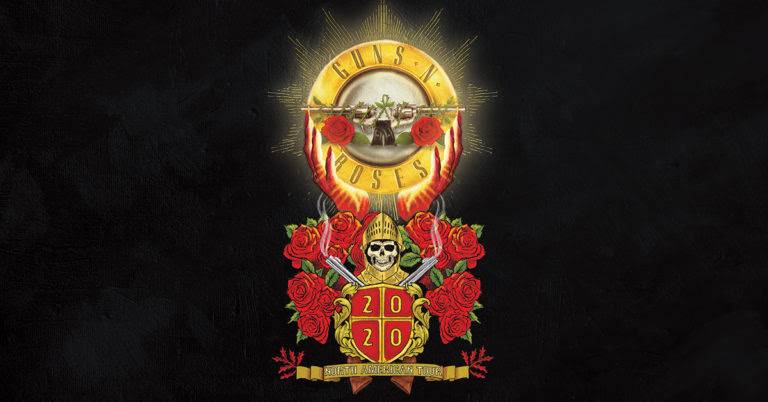 Tickets For the North American Dates On Sale to the General Public Starting February 7th at LiveNation.com

Today rock and roll legends Guns N’ Roses announced North American dates as part of their epic 2020 worldwide stadium tour this summer. The powerhouse performers will bring their uninhibited signature sound and dominance to millions of fans across the globe starting this March in Mexico City. The colossal Guns N’ Roses 2020 Tour will steamroll through Toronto, Chicago, Atlanta, Los Angeles, Lisbon, London, Prague and so many more. GNR will be the first ever rock band to perform at the long-awaited Los Angeles SoFi Stadium and will hit MetLife Stadium on the opposite coast, home of the New York Giants and New York Jets.

The iconic rock heroes will show off their vast catalogue of hits on the road including “Welcome to the Jungle”, “Paradise City”, “Sweet Child o’ Mine”, and “November Rain”. Today’s announcement comes on the heels of the band’s first show of the decade at Super Bowl Music Fest that invaded Miami this weekend.

In 2016 Axl Rose, Slash, and Duff McKagan shocked and thrilled fans around the world after revealing they were reuniting for their now historic Not In This Lifetime Tour. The band brought endless energy  to over 150 shows, playing for more than 5.5 million fans worldwide.  Produced and promoted by Live Nation, the Not In This Lifetime Tour was crowned the third highest grossing outing of all time. 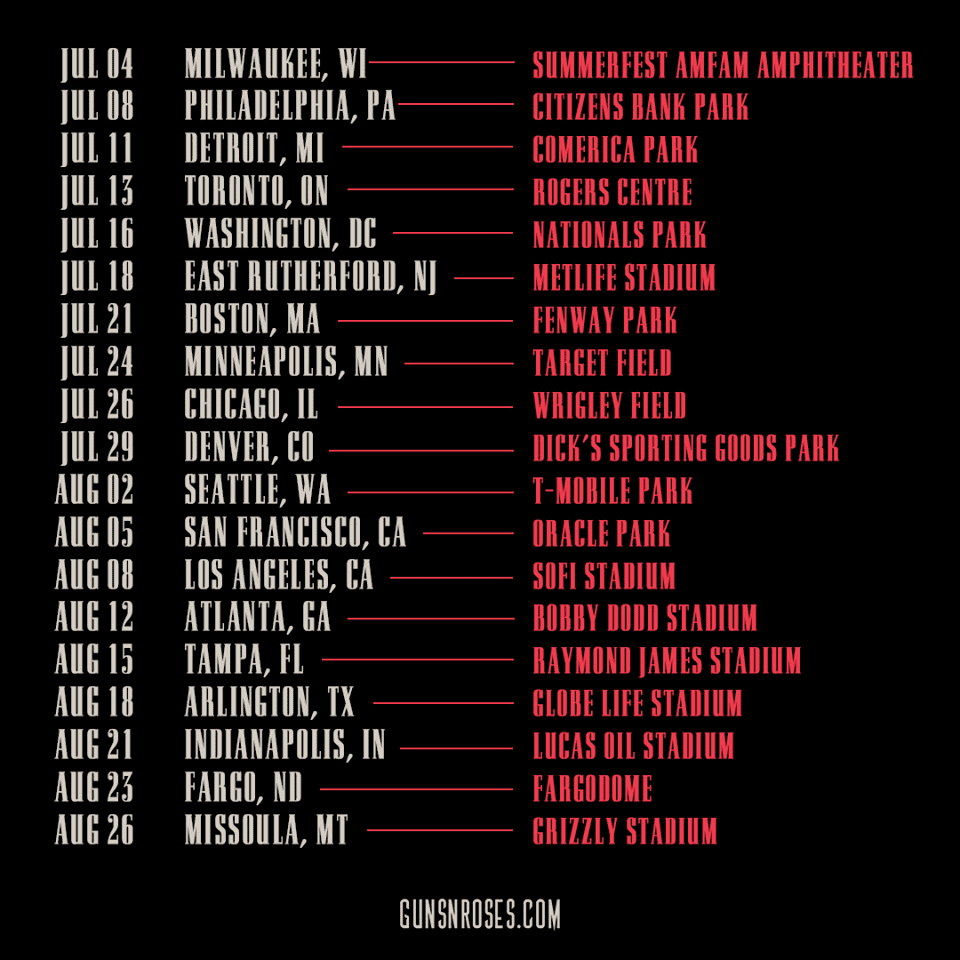 Following the group’s 1985 formation, Guns N’ Roses injected unbridled, unrivaled, and unstoppable attitude into the burgeoning Los Angeles rock scene. The spirit went on to captivate the entire world with the release of their 1987 debut Appetite for Destruction –the best-selling U.S. debut ever, moving 30 million copies globally.  In 1991, the seven-time platinum Use Your Illusion I and Use Your Illusion II occupied the top two spots of the Billboard Top 200 upon release. Over the course of the past decade, Guns N’ Roses have performed sold-out shows and headlined festivals worldwide following the critically acclaimed release of 2008’s RIAA platinum-certified Chinese Democracy. Six studio albums later, Guns N’ Roses are one of the most important and influential acts in music history, and continue to set the benchmark for live performances connecting with millions of fans across the globe. Guns N’ Roses’ are Axl Rose (vocals, piano), Duff McKagan (bass), Slash (lead guitar), Dizzy Reed (keyboard), Richard Fortus (rhythm guitar), Frank Ferrer (drums), and Melissa Reese (keyboard).