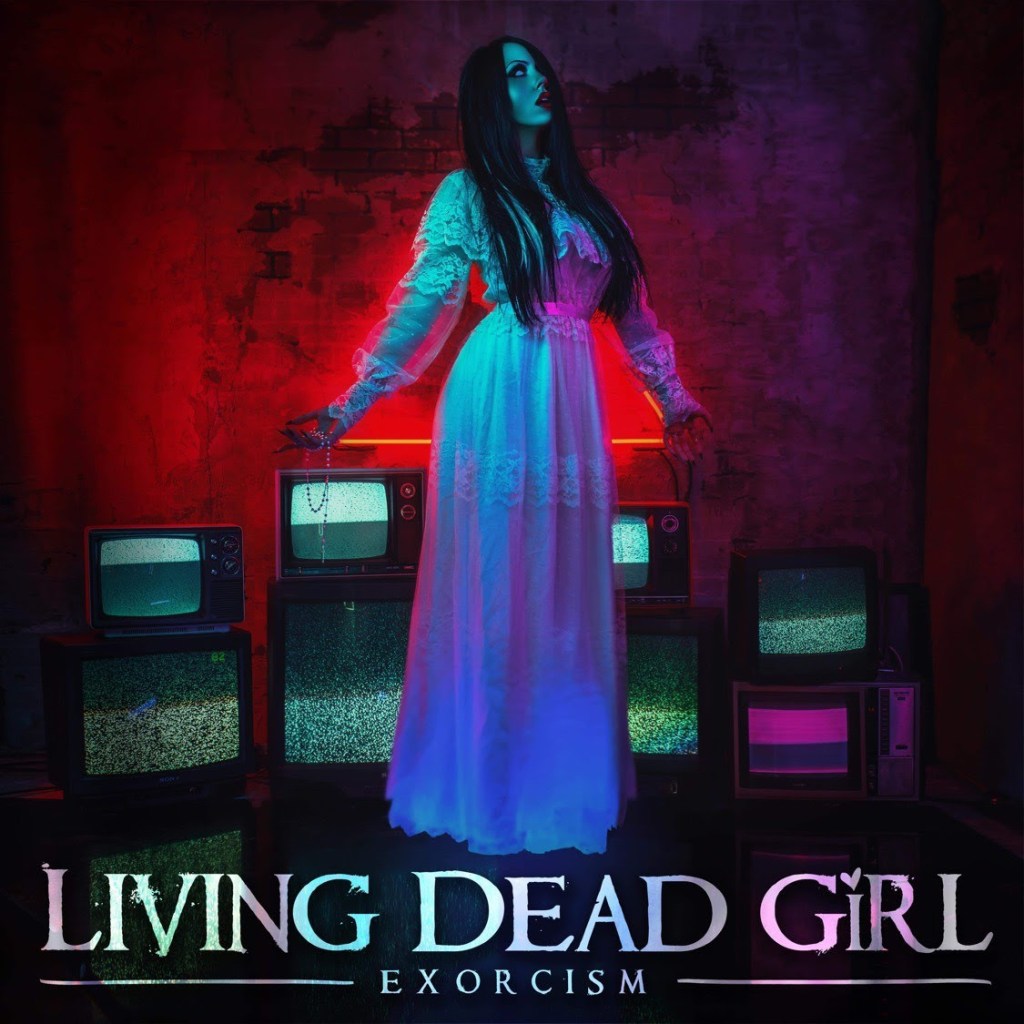 The highly anticipated debut from Canadian modern metal powerhouse LIVING DEAD GIRL, Exorcism, is available today.
“This journey began over four years ago, and after all the blood, sweat and tears I put into creating my debut album, I am beyond excited and proud to finally unleash ‘Exorcism’ to the world,” says frontwoman Molly Rennick. “This record expresses my personality better than anything else ever could, and the energy and passion on it are going to hook you the moment you listen to it.”
On Exorcism’s 11 banging tracks, Rennick channels her inner “goth girl gone bad” attitude. From the raging, down-tuned riffs of the title track and “Worship Me,” to the infectious, singalong chorus of “Villain,” to the enticing, taunting melodies of “Beautiful” and “Alive,” Rennick commands your full attention.
The album has produced four singles: Alive, Poltergeist’s first single, which received airplay on Toronto’s mainstream rock station 94.9 The Rock, 89.1 Max FM in Barrie, Orilia and the Muskokas, X92.9 Calgary, X100.7 – Red Deer’s Alternative and CBC Radio Canada online, “Escape,” “Exorcism” and “Poltergeist.”
Exorcism is available at https://distrokid.com/hyperfollow/livingdeadgirl1/exorcism-2. Additional bundles, including physical CDs, vinyl and exclusive merchandise are available at www.livingdeadgirl.ca/.
“Band founder/vocalist Molly Rennick’s amazing vocal range seamlessly fluctuates between taunting, high-pitched croons to menacing, harsh barks to haunting growls with relative ease…‘Exorcism’ is a raucous debut album from LIVING DEAD GIRL and a good sign of things to come from this young powerhouse of a singer.” – Outburn
“LIVING DEAD GIRL is definitely a force that will have to be reckoned with, and ‘Exorcism’ isn’t the first foot in the door so much as fist through a window that’s going to grab you and shake you.” – The Herald-Whig 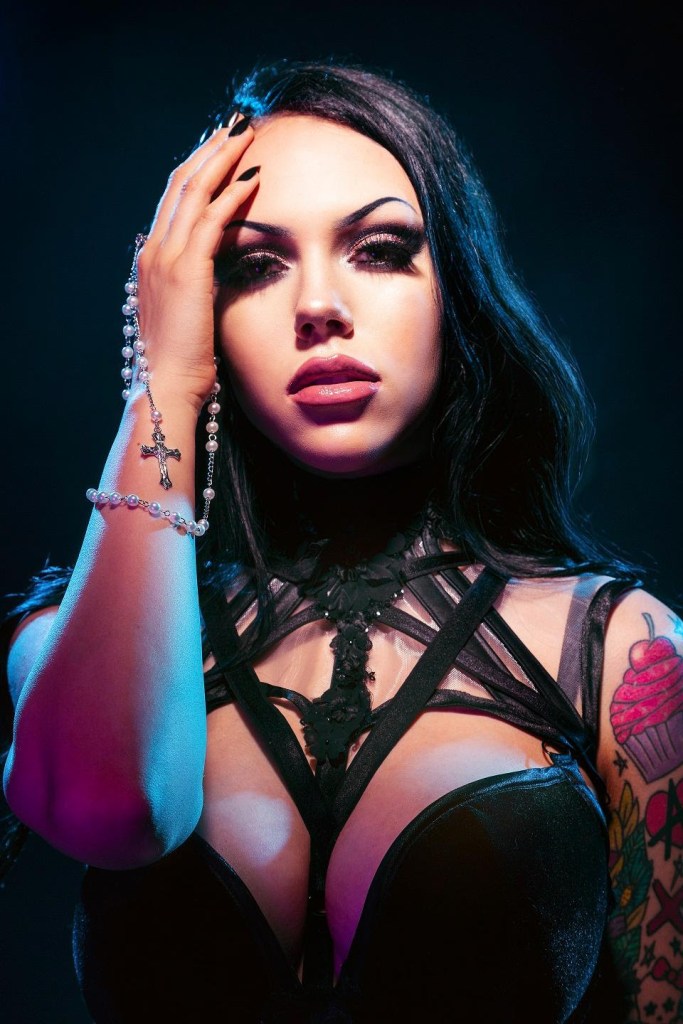 “You can say this about LIVING DEAD GIRL: they know what they’re doing. Led by band founder Molly Rennick, the Canadian spooky groove metal act have their sonic profile down to a T: syrupy, hard-hitting riffs; staccato rhythms with driving forward momentum; and Remnick at the center of it all belting out layered, goth-girl-you-can’t-ignore vocals. Fans of In This Moment and Ice Nine Kills will immediately know what to do with this, while newcomers will be inexorably drawn into the album’s forcefully accessible sounds.” – The Pit
Formed in 2017, LIVING DEAD GIRL’s style is a unique combination of goth-inspired heavy metal meets fellow Canadian frontwoman Avril Lavigne, possessing an amalgam of genres including rock, metal, industrial, goth, pop and punk rock. The music perfectly encapsulates Rennick’s personality, which she admits is a dichotomy of “one wears baby pink and Hello Kitty and listens to pop music, and the other a goth girl in fishnet stockings who listens to dark heavy metal.” The 21-year-old Rennick’s amazing vocal range sees her seamlessly switching from taunting, high-pitched croons, to menacing, harsh barks, to haunting growls with relative ease.
LIVING DEAD GIRL online:
www.livingdeadgirl.ca
www.facebook.com/LIVINGDEADGIRLBAND
www.instagram.com/livingdeadgirlofficial/
www.youtube.com/channel/UCELYELo6t95V_mXNa4f3dXQ/videos?view_as=subscriber