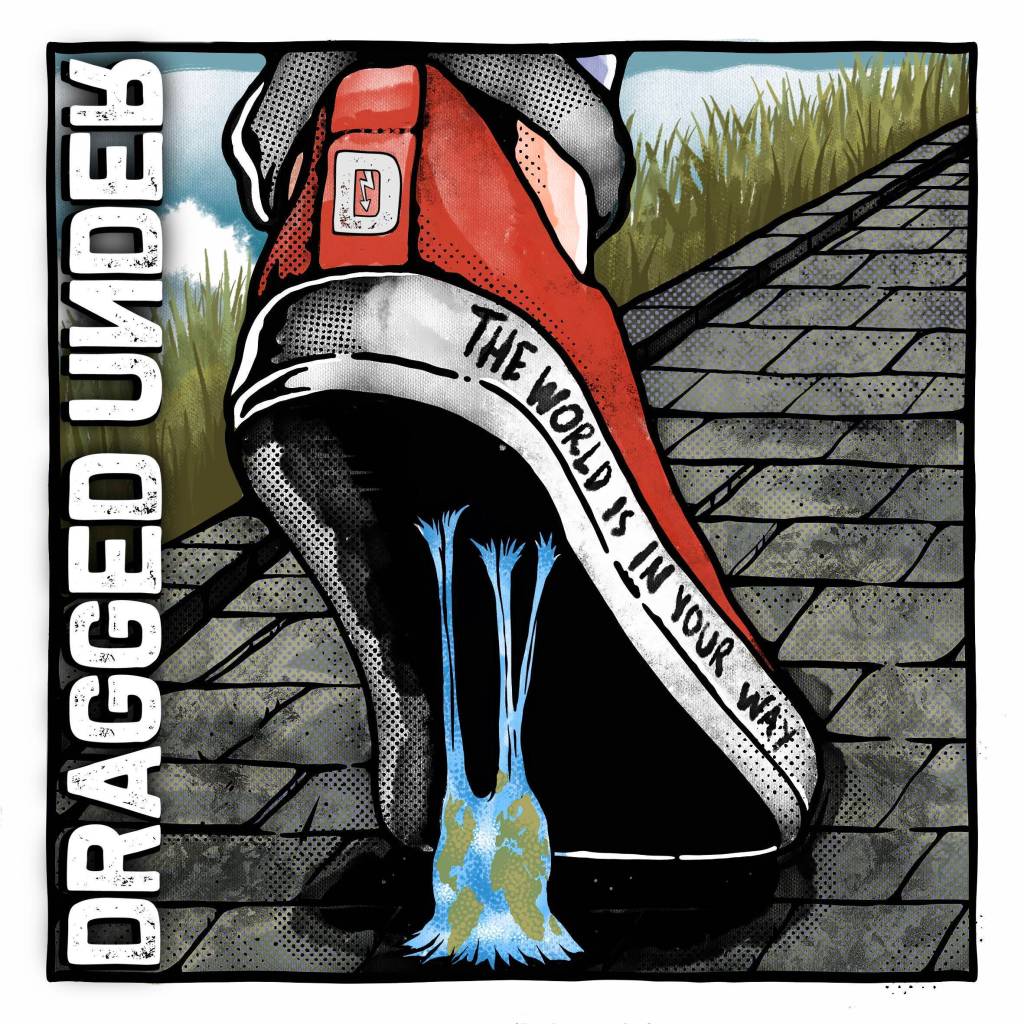 The Seattle, Washington, based band, Dragged Under, released in January 2020 its highly-anticipated full-length recording The World Is In Your Way, and this nine-track album will not disappoint. The group is a hard-hitting punk rock band that seamlessly combines two hallmarks of the genre: sonic fury and lyrical purpose.

Heavy guitar riffs and rapid tempos propel the band’s melody-driven style into high gear and generate an air of hard-won optimism. Pre-release songs like “Here for War“, “Hypochondria“, and “Chelsea” were exceptionally well-received by the band’s fans. And with the help of its loyal fan-base, The World Is In Your Way soared to number eight on the iTunes Alternative Album chart, while physical copies sold out online. Kudos to producer Hiram Hernandez and mixer Matt Good at Earth Says Studios in Arizona for delivering the band’s sense of urgency.

Across the album’s nine tracks, a message of community bolsters themes of socio-political import; the band has a genuine grasp on both trending issues and timeless subjects, which truly lends authenticity to the work. The opening track, “The Real You“, launches with thrashing guitars and cautionary rapid-fire lyrics that highlight the universal notion of remaining true to one’s self: “So can we start new? Meet the real you? You’re wearing a disguise they can see right through.”

The third track, “Roots“, is a commentary on the demands of the music industry and the sacrifices musicians must often make to succeed; in itself, this is a contentious topic to address as an artist and confirms the band’s uncompromising stance. Here again, the lyrics and accompanying sound generate a tone of hope and liberation: “We’re going back to our old ways, everything was gold days.“This chorus, sung with palpable fury by Cappocchi, provides listeners with a truly cathartic “f#%k you” moment.

“Chelsea“, the sixth track and third single, delivers fierce percussion and features a chorus that, like “Roots“, encourages release. “The Hardest Drug” brings the album to a successfully ripping close and maintains the signature high energy that characterizes the entire collection. This final song deals with addiction and highlights the intricacies of codependent relationships while offering a tough love view on a life based on lies.  This closing number emphatically punctuates the band’s resounding message of personal authenticity.

Dragged Under shows no signs of slowing down since the release of The World Is In Your Way. The band is currently on the road in North America supporting The Used and, at the same time, will headline select dates on its No Days Off Tour. 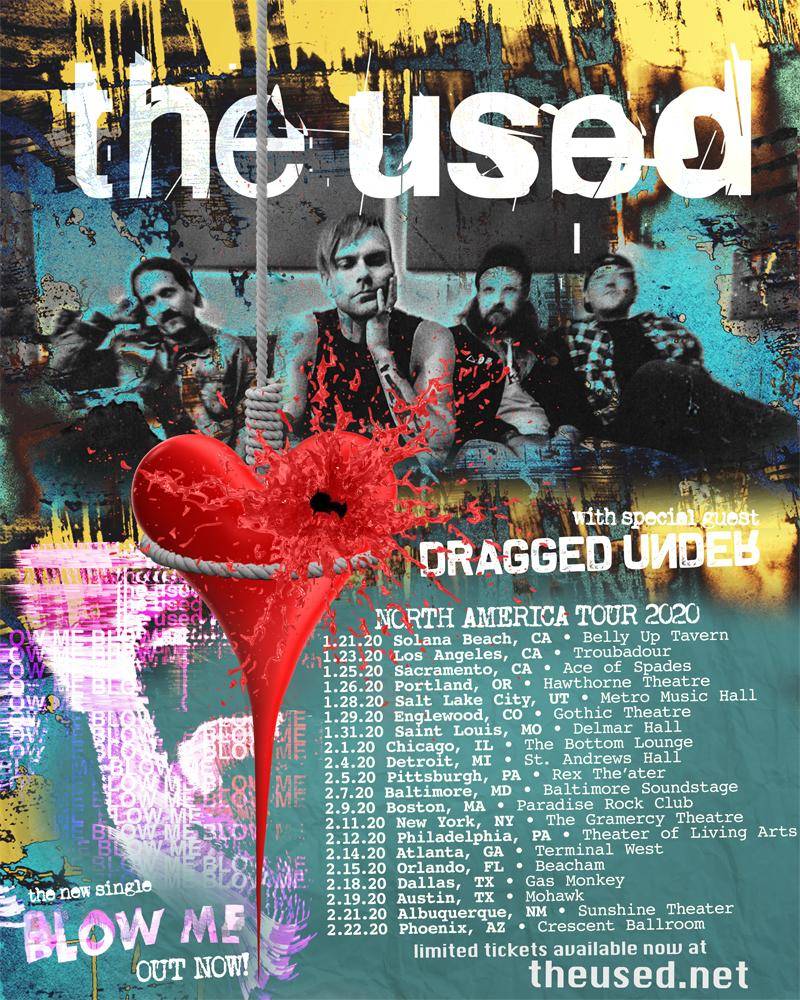 * No Days Off Tour Date – Headlined by Dragged Under. 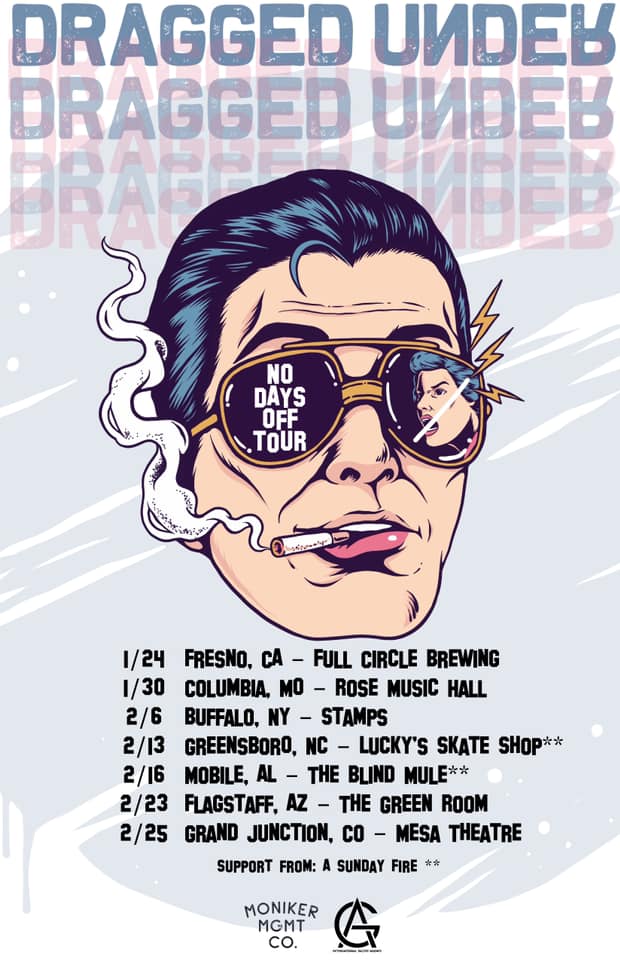