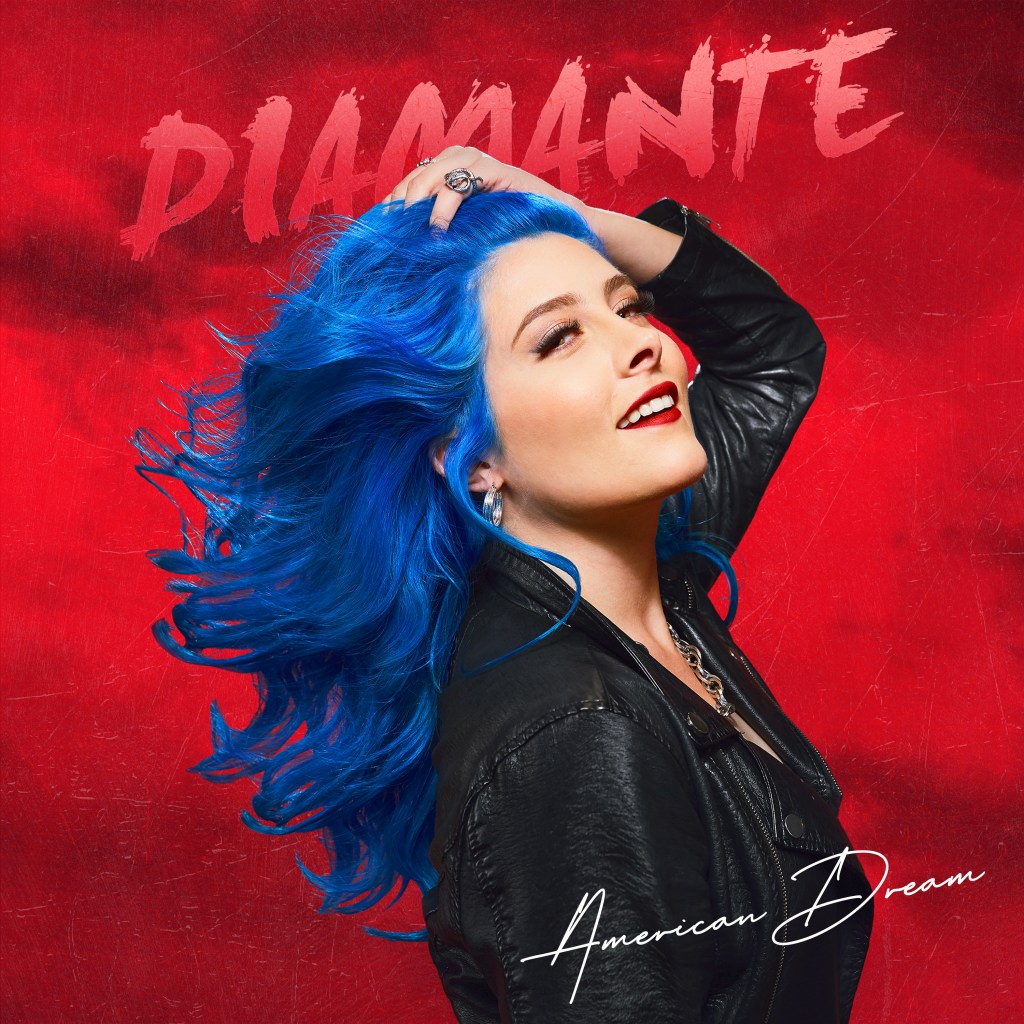 Because the arrangement of atoms a diamond is extremely rigid and very few types of impurities can contaminate it…..

Musical artists and bands endure a mountain of pressure when it comes to developing and releasing their sophomore album. For most, it is a career defining moment that charts their future and often renders either a make it or break it ending. Diamante Azzura Bovelli, known mononymously as Diamante, has taken this opportunity as newly independent artist to bring her fans a new album, under her terms, that will satisfy even the most discriminating listener.

Three years after the release of her debut album Coming in Hot and subsequent tours with hard rock icons Breaking Benjamin, Three Days Grace, Chevelle, and Shinedown, the “Haunted” singer has teamed once again with Howard Benson and Neil Sanderson of the Judge & Jury label for for the aptly titled American Dream. This time, being a independent artist, Diamante had total creative freedom to develop and record the album she wanted with no constraints. When asked about the experience Diamante offered, “With ‘American Dream,’ I was given the ultimate artistic freedom to express my most personal moments, stories, confessions, flaws, fears, hopes, mistakes, desires, vices, heartaches and redemption in a way I have never been able to in the past. Every word on this album is my personal diary screaming in your face. This album has no limitations, restrictions or filter, really.”

“American Dream” comes out of the gate hard and heavy just as a great rock album should and sets the foundation for all 11 cuts. Each track is a personal diary of Diamantes life  experiences that she bares fully to listeners in both the musicality of each song, as well as the lyrics. Vocally, this album is full of energy and passion that continuously shifts between a sultry taunt to a controlled soprano, then to a throaty yell with a few well placed angry rants for measure. Sonically it highlights moments of vulnerability with classic hooks and tightly packed rhythms pressed up against an intensity demanding the listeners attention while at the same time giving itself an alternative pop-rock feel without losing its classic hard rock roots.

As one of the first singles released that has received substantial air play, “Ghost Myself,” is high energy cut with an upbeat hook the grabs you and doesn’t let go. It’s core is a relatable situation to some, but Diamante ups the ante and gives it that personal edge. “If I could build a fire and burn down my life, That would be the one thing I got right […] Think I’ll take my heart and throw it off a cliff,” resonate a sense of regrettable loss that can’t be changed, creating an emotional connection between the artist and the listener.

One of the early releases, “Obvious,” is a haunting take on ending a relationship and the emotional pain of not being wanted by your partner. “Some nights I feel invisible to you. Like I could disappear into the blue……….And its obvious you got somebody new.”  This all out rocker has attitude, emotion and all the searing guitar licks one could ask for. Too hard for your liking? There is an acoustic cut of the same track a little further down the line that has the same feel but isolates Diamantes vocals and allows her to step out from her talented band. Either way, this track is only one of a multitude of standouts.

Although it was released last summer and has had over three million views on YouTube, Diamante’s cover version of the 1998 Goo Goo Dolls hit “Iris,” is worth listening to over and over. Diamante shares the spotlight on the track with Benjamin Burnley, who is the lead singer and namesake of the band Breaking Benjamin. The pairing gives the already-popular song the a new dynamic that is sorely lacking in the original.  In comparison, additional tracks “Unlovable” and “Hopeless” are off the pace in intensity, but both feature Diamante’s unmistakably haunting vocal range that has each ballad standing out in their own right in this predominantly hard rock collection.

Overall, this sophomore offering is a damn good selection of very personal cuts and will be a must in the rotation of any rock and roll aficionado. Diamante has matured in both songwriting and vocal delivery, but now has the freedom as an independent artist that will allow her to connect lyrically in any genre that she pleases. American Dream is full of rocker attitude with substance that will grab your attention and demand you take notice. As a well-crafted album, it is very obvious that Diamante has came in hot and is now living the American dream.

Because the arrangement of atoms a diamond is extremely rigid and very few types of impurities can contaminate it…..just like Diamante, pure and raw.

“American Dream” will be released on May 7th.