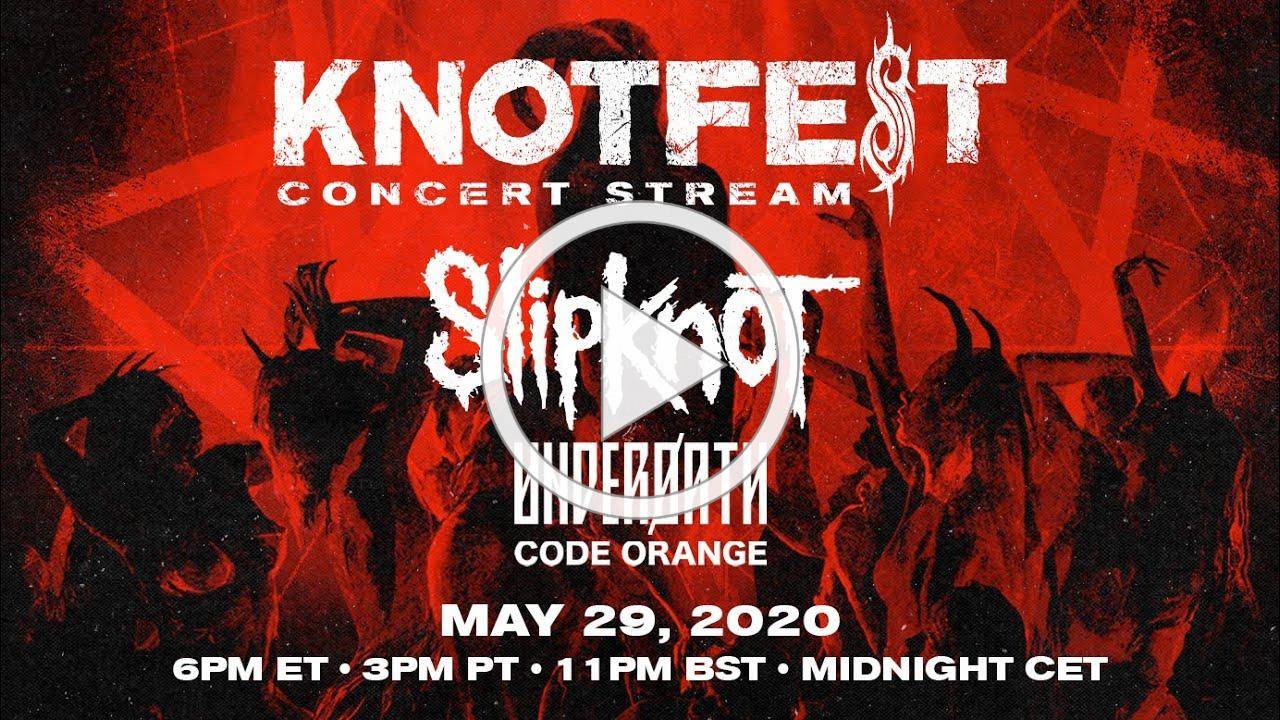 Special Knotfest Roadshow Streaming Event
With Exclusive Concert Streams And Interviews From
Slipknot, Underoath and Code Orange
Friday, May 29th Starting At 3pm PST Featuring
Exclusive Slipknot Tour Merch Collection Available for 72 Hours Only, As Well As Strictly Limited New Knotfest Merch Designs
Tuesday, May 26th, 2020 – Slipknot and the team behind their Knotfest brand have today revealed that Knotfest.com has been re-imagined to create a global multi-media hub for news, exclusive interviews, performances, merchandise and more dedicated to covering the very best of art, music, culture and media for fans of heavy culture.
To celebrate the launch in explosive fashion and marking what would have been the kick-off weekend of the highly anticipated Knotfest Roadshow US tour, Knotfest.com will be hosting an exclusive Knotfest Roadshow streaming event this Friday, May 29th at 3pm PDT.
This special online event will be hosted by Beez and feature exclusive concert streams and interviews with Slipknot, Underoath and Code Orange. In addition, a limited Slipknot Knotfest Roadshow merch drop will be available here for 72 hours only (starting Friday morning), featuring the tour merch collection that would have been sold this summer, while strictly limited Knotfest merch is available now here.
Slipknot will be streaming their 2019 headline set from Graspop Festival in Belgium, filmed shortly before the band’s chart topping album, We Are Not Your Kind was released. It will preview with an exclusive interview with Clown conducted by Ryan J Downey.
Underoath will be streaming their performance from The Brooklyn Bowl in Las Vegas from 2016 where they performed their seminal album, They’re Only Chasing Safety in full and will feature a portion of Ryan J. Downey’s Deep Dive interview with Underoath frontman, Spencer Chamberlain conducted by Ryan J Downey.
Code Orange will be streaming their ‘Last Ones Left: In Fear of the End’ performance that originally aired on Twitch back in March to launch their critically acclaimed album, Underneath and will feature a portion of Clown’s Electric Theater chat with frontman Jami Morgan.