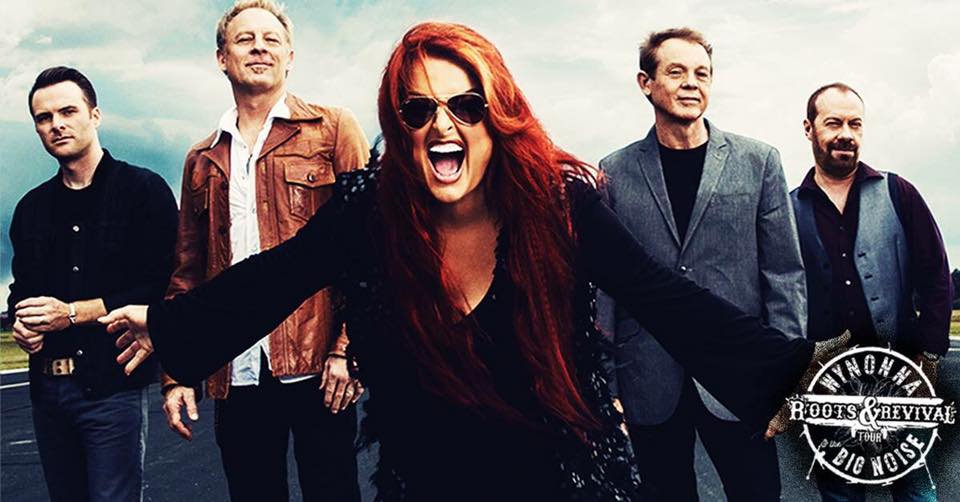 Clearwater, Florida (April 15, 2018) – A stormy Sunday evening couldn’t stop a sell-out crowd from coming to the Capitol Theatre in Clearwater, FL to see five-time Grammy winner Wynonna Judd with her band, The Big Noise. on their Roots and Revival Tour. Trying to escape the inclement weather, country music fans packed into Clearwater’s nearly 100-year old cultural landmark looking forward to an evening featuring Wynonna’s booming, soulful voice and that trademark mane of flaming red hair. The crowd may have appeared calm and polite, but they were certainly excited to be seeing Wynonna live and in person, with constant chattering about what songs she was going to sing and the fact that there was no opening act. Tonight, however, the stage belonged only to Wynonna & The Big Noise.

Wynonna Judd first rose to fame in the 1980’s alongside her mother Naomi in the country music duo, The Judds. She started her solo career, using only her first name, in 1991 and is currently touring to support her 8th studio album, sporting the same name as her traveling band, Wynonna & The Big Noise. Never one to limit herself, Wynonna’s music successfully spans the gamut of country, roots rock, blues, gospel, adult contemporary pop, folk, and even Southern R&B. The tour continues throughout the year, with upcoming stops in Texas, Iowa and the Dakotas. You’ll certainly regret missing your chance to catch this show, so find your nearest date HERE.