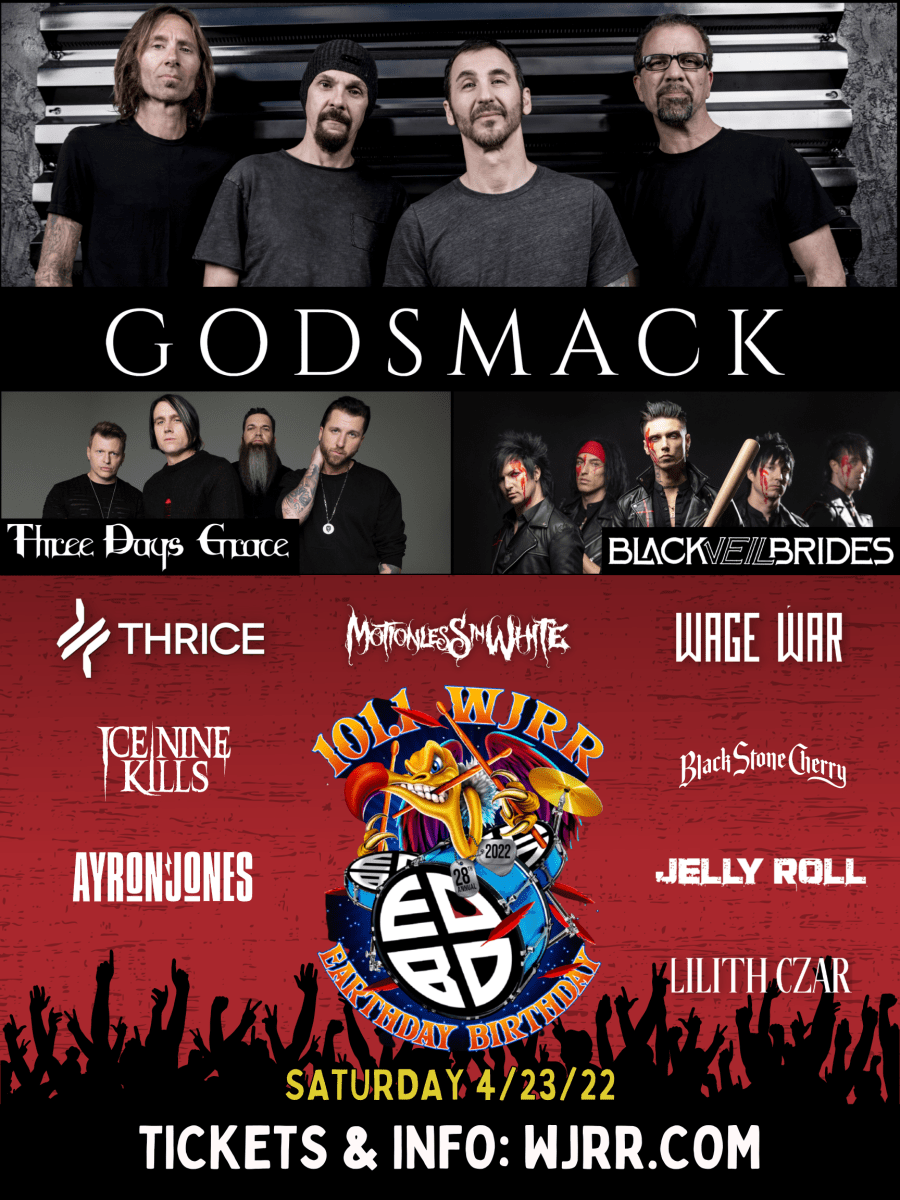 Come April 23rd Central Florida Fairgrounds is going to be the hot spot in Florida. Orlando FL. based radio station WJRR is bringing Earthday Birthday, their yearly festival back to the Central Florida Fairgrounds with an absolutely stacked lineup. Headlining this year is Godsmack. With a career spanning some 25 years along with countless hit songs such as “Voodoo”, “Bad Religion” and more recently “Scars”, this band has built a reputation for having an incredible high energy live show.  Also performing is Canadian hit machine Three Days Grace. Seemingly every album they have released has been filled with songs that everyone knows and loves.  Even hot new acts such as Ice Nine Kill, Lilith Czar, and Ayron Jones get to showcase why they have shot to fame. They even got Ocala based band Wage War to drive down to wow the crowd. With four stages of music going on all day and night, this is going to be the hot ticket. You can get full information and tickets at WJRR.COM . Along with great vendors and plenty of food choices, they will even have wresting going on courtesy of Atomic Revolutionary Wrestling.

VIP usually sells out so act quick if you are interested. What better way to celebrate not only spring, but Earth Day!