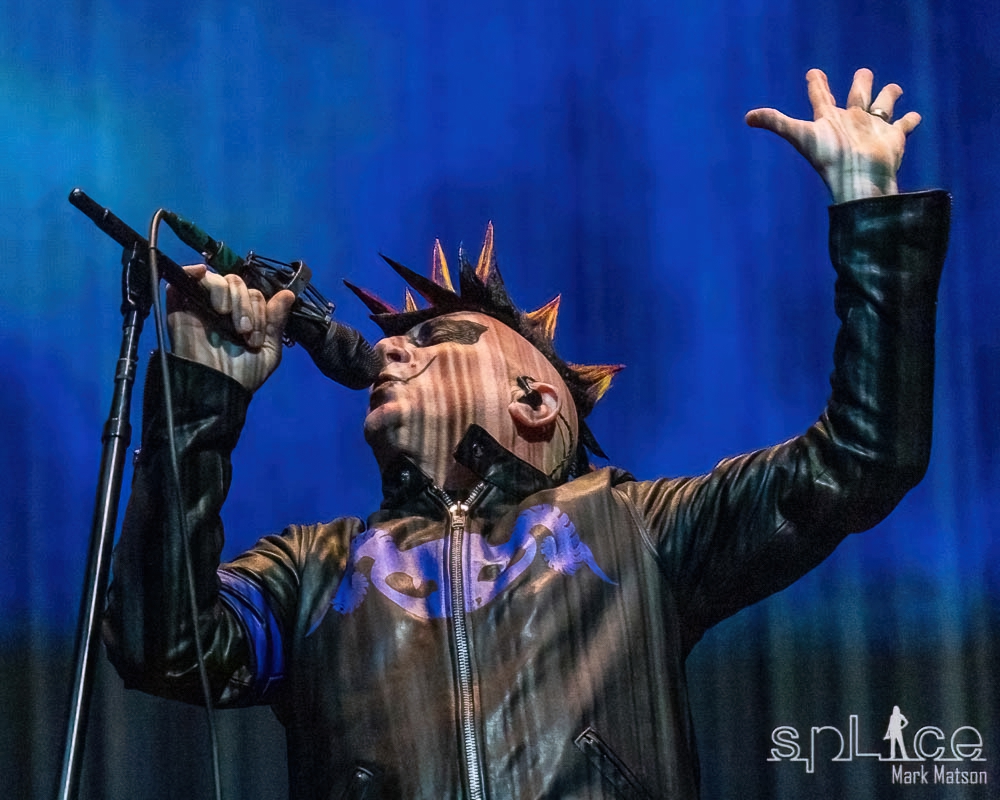 When Tool released 10,000 days back in 2006 to much acclaim no one expected that they would go into hibernation and not release any new music. Rumors had swirled that they would be releasing their next album, but nothing ever came of it. But in 2019 the man himself, Maynard James Keenan, founder, and lead singer let the world know that new music would actually happen. When Fear Inoculum was finally released to critical acclaim all eyes were focused on the box offices of every arena. With the tour in high gear, Covid-19 came along and threw a wrench into the works and many dates had to be rescheduled. Finally, after nearly two years of waiting central Florida was getting their collective chance to see Tool perform their new material at their stop at the Amway Center in Orlando.

Even though Florida was in the grips of unseasonably cold rainy weather, this didn’t stop people from descending on the Amway Center and filling it’s seats. After all it’s not every day that Tool comes to town with new music. Even with Tool’s notorious no cell phone policy in effect, which is actually a good thing as it keeps everyone in the moment, the sense of excitement rippling through the venue could even be felt across the street in the parking garage. Clearly this night would be checking a lot of boxes on bucket lists.

With all eyes glued to a stage that had a curtain that would be best described as made of rope, guitarist Adam Jones, bassist Justin Chancellor, and drummer Danny Carey made their way on stage. They started playing “Fear Inoculum” the title track of their latest release. The mood that this song strikes with it’s nearly two minute long instrumental introduction perfectly sets the stage for the nights performance. When Maynard James Keenan finally made his way to his spot high up on a riser towards the back of the stage, the crowd cheered when started to deliver his part of the performance. With two well publicized bouts of Covid, Maynard showed no ill effects, and his voice was magnificent.

For the first three songs they performed with the curtain in place. With two giant video screens showing psychedelic imagery behind the stage as well as an intense light show, this all worked together to create a truly unique experience. With the band members being partially lit due to the curtain. During their performance of “Pushit”, they finally pulled the curtain back, so the band and the stage were no longer obscured. At this point the lights and video’s being played really intensified. They even combined lasers into the show as well to create a visually stunning show.

As they are supporting their latest album, half of the songs of the twelve song setlist played were from Fear Inoculum. That left the other half of the songs to come from the rest of their catalog. The band managed to represent every album from their discography with the lone exception being Undertow. Every song they played was an experience. The musicianship exhibited by every member of the band was incredible. This is not a band that just plays loud, they understand dynamics and tension and use them to perfection. Danny Carey’s polyrhythmic drumming was a perfect foundation for the complex layered songs that they showcased throughout the night. With Maynard stalking the back risers and singing from a soft delivery to full power, not once did he ever overdeliver. Clearly the band understands how to create a highly impactful performance.

Instead of the usual band bowing and leaving the stage only to have the crowd cheer so they come back for an encore, they opted for a more honest twelve minute intermission. When the countdown being displayed on the video screens finally reached zero, Danny Carey made his way to his drum kit and played “Chocolate Chip Trip” with the synthesizer part being played on a track. In one of the cooler uses of the video screens they had a kaleidoscope images of Cary playing the drums from above. The one time that Maynard came to the front of the stage is during a subdued performance of “Culling Voices”.  For the last song of the night, Maynard told the audience they could take out their cell phones to capture the last song of the night with one caveat that the first ten rows leave the lights off, as he put it “This isn’t amateur hour”.  To cap things off they played “Invincible”.

Over the course of two hours plus, Tool put on more than just a concert, it was an immersive experience. The band eschews the usual rock star concert. They don’t partake in the poses or flash that many groups bring to the stage. Instead, they let their music be the star. Between their songs, the incredible light and laser show as well as the fractals being shown on the video screens, Tool becomes more than just a band, they become curators of a sonic and visual journey.