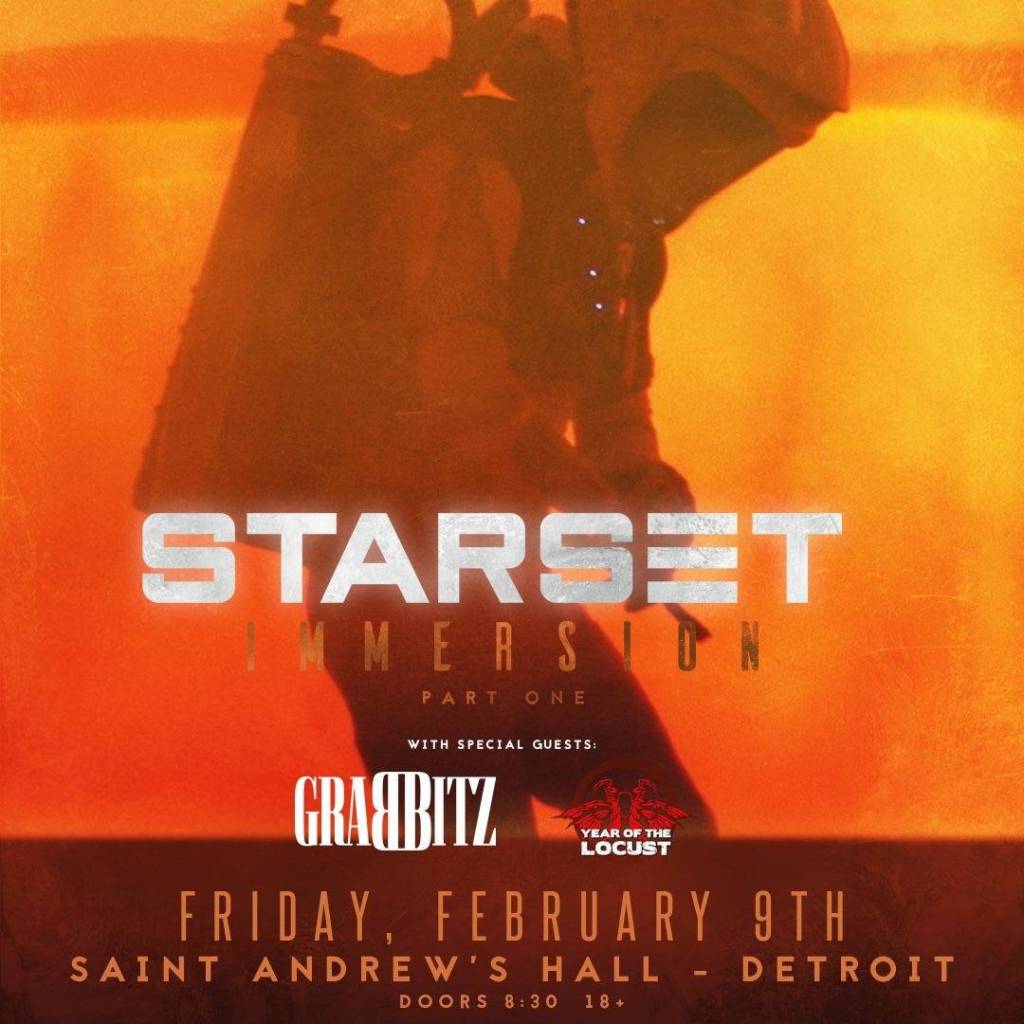 Detroit, Michigan (February 9, 2018) – The snowiest day of the year was taking place right as Starset was arriving with their Immersion: Part One Tour in Detroit, MI. Also scheduled to appear at the fabled Saint Andrew’s Hall tonight are rockers, Year of the Locust, and the ever-popular EDM, wizard, Grabbitz. Would the onslaught of snow in Detroit keep the fans away or worse, cancel the show?

With a small sampling from their 2016 LP, Devolver, and current single “Rise Up” at their disposal, the thirty-minute set was a well-received surprise for the sparse crowd on hand. The music was loud and the YOTL performance was spot on. Rock and roll as was meant to be played loud and raucous. If you are a fan of innovative, well played, hard-rock music, do yourself a favor and put Year Of The Locust on your ‘must see’ list – you won’t be disappointed.

New York’s Year of the Locust is doing things the old-fashioned way. Rather than relying on false accolades and manufactured hype, the band has taken their furious live show and stellar songwriting to the masses directly. Extensive touring throughout the country has endeared the band to fans and peers alike. Their new single, “Rise Up”, is a call to arms for the countless citizens of the world who are no longer willing to sit idly by and have their lives dictated for them.

Since releasing the full-length album, Devolver, was produced by Jimmy Sabella (Metal Allegiance, Marcy Playground, Nine Days) and mastered By Don Zientara (Foo Fighters, John Frusciante, Minor Threat, Fugazi) and released in July of 2016. The band has toured regionally with Saliva, Tantric, Saving Abel, Devour the Day, Sons of Texas and Puddle of Mudd, among others. The first single, “Rise Up” is some of the most innovative and energy driven music the band has produced to date.

With an 8:30 PM door, fans were given ample opportunity to make it into the city. But unfortunately, the roads where virtually impassable and many elected to stay home. What they missed was an epic one hour and 40 minutes, 17-song set of arguably one of the coolest concepts in music today.

Starset is Dustin Bates (vocals), Ron DeChant (keyboards), Brock Richards (Guitar) and Adam Gilbert (drums). They formed as a group in Columbus, Ohio in 2013 and bring a sound that is unique to some yet unfamiliar to others. Classified by some as EDM with a splash of guitars, the assigned moniker doesn’t quite fit. To the fans in attendance tonight at Saint Andrew’s Hall, it was a fusion between metal and EDM, with a heavy dose of theatrics mixed in to create a visual and musical experience like no other!

The stage setup tonight was an exercise in visual stimulation in typical Starset fashion. The cramped space is littered with scientific gadgets and space oddities that resemble the control deck from a sci-fi show like Star Trek. Everyone except Bates, the lead singer, is dressed in a space suit, helmets and all, to enhance the effect. Not something you would typically expect to see at a rock and roll concert, but this is Starset, and they have the sound to back up the concept.

After a visual countdown from 30, the show was “launched”. Starting with “Satellite” and “Frequency”, from their latest album, Vessels, the band moved through the set with non-stop precision. Whether it was “Gravity of You”, ”Point of No Return”, “Telescope” or “Telepathic”, the music and the theme it portrayed was never altered. Even a small acoustic portion was thrown in, where at previous shows, the band would move off-stage hoping fans would cheer them back. Not tonight though, almost as if they were rewarding the fans for braving the elements, Starset just powered right on!

One of the more popular moments of the night was when crowd favorite “Monster” was performed. With the song getting plenty of airplay in recent months on rock format and EDM stations around the world, it’s clear why Starset’s popularity is rapidly growing.

As the band navigated their way toward the end of the night, they never wavered off course. Perfect execution; almost as if they had a map navigating through a constellation in a far away galaxy. Starset finished off the amazing night of technological brilliance with “Bringing It Down” and their mega-hit signature song, “My Demons”.

In the eyes of music experts, Starset seems to have found something like no one else. From the fusion of different genres and the way they deliver it on stage to the visual stimulation and the Augmented Reality app you can download, these guys are technologically savvy. Whatever that something is, it mesmerized the crowd tonight in Detroit like never before.

The next time you’re fortunate enough to get a chance to see Starset, do it. Download the app before you go and be a part of virtual reality for a couple hours, then while you’re there you’ll have one heck of a musical experience! 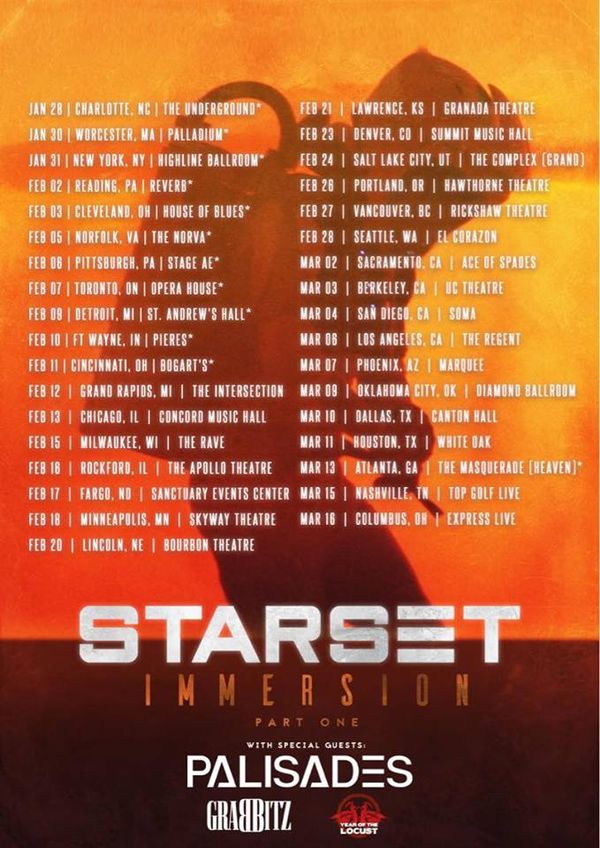