Sharptone Records labelmates Sink the Ship and ExitWounds headed out on their ten-date tour on March 1st. These Metal/Metalcore heavyweights have the ammunition it takes to be major players in the scene. In fact, when searching for a better genre description that really fits their styles of music, it was discovered that ExitWounds and Sink The Ship were added to Spotify’s New Core playlist. There you have it, a really good term for this style – New Core.

One could consider the bands I Prevail and As I Lay Dying to also fit the New Core genre. Heavy music with clean and unclean vocals. Musically catchy with brutal drops and a little swagger thrown in. It’s nice to see this music is alive, thriving, and coming to a club near you. 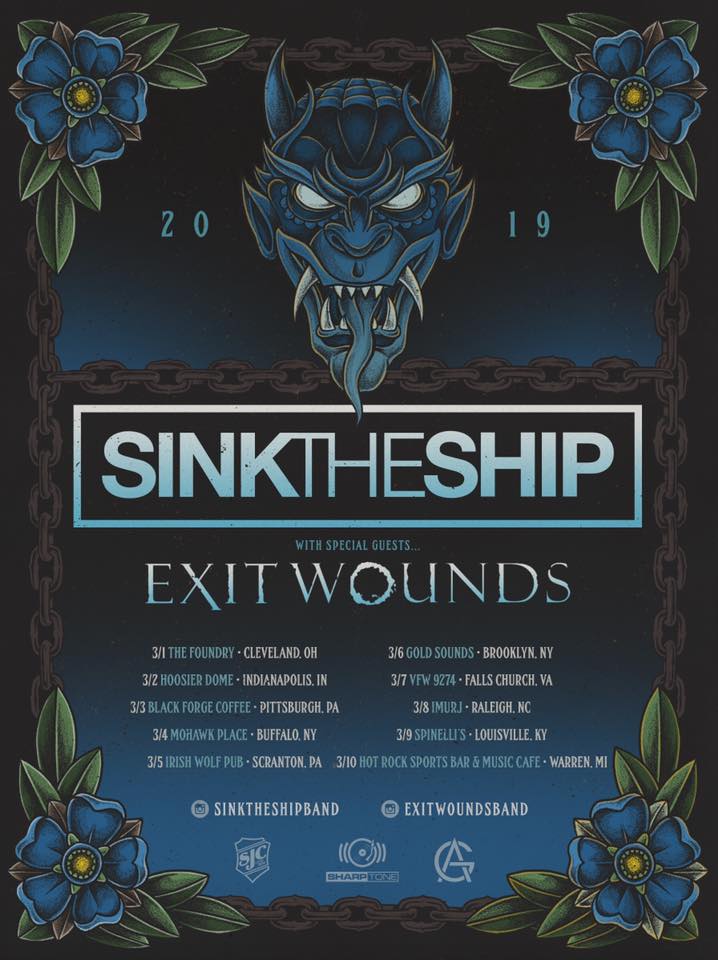 Tonight’s venue was The Foundry and is located in the Lakewood section of Cleveland. The Foundry is a staple in the Cleveland music scene and is always hosting constant entertainment. The harder the music, the better, seems to be their method-of-operation. A decent sized club with a bar that makes up about half of the venue with a decent sized stage located to the rear of the venue. Even though the venue is long and narrow, the flow of fans between sets made it nice to be able to move around and not lose a good spot to see the next band.

Opening up the night were four local/regional bands that brought the heat. A Decade Apart, Dreamwalker, Of Virtue, and Hope for the Hollow got things started off before handing the stage over to ExitWounds and headliner Sink The Ship!

A Decade Apart + Dreamwalkers + Of Virtue + Hope for the Hollow

Local acts are always a great addition to club circuit tours. Not only do they help draw their own fans, but it makes the tour very interesting for the touring bands being able to catch what other bands around parts of the country are doing.

Hope For The Hollow: 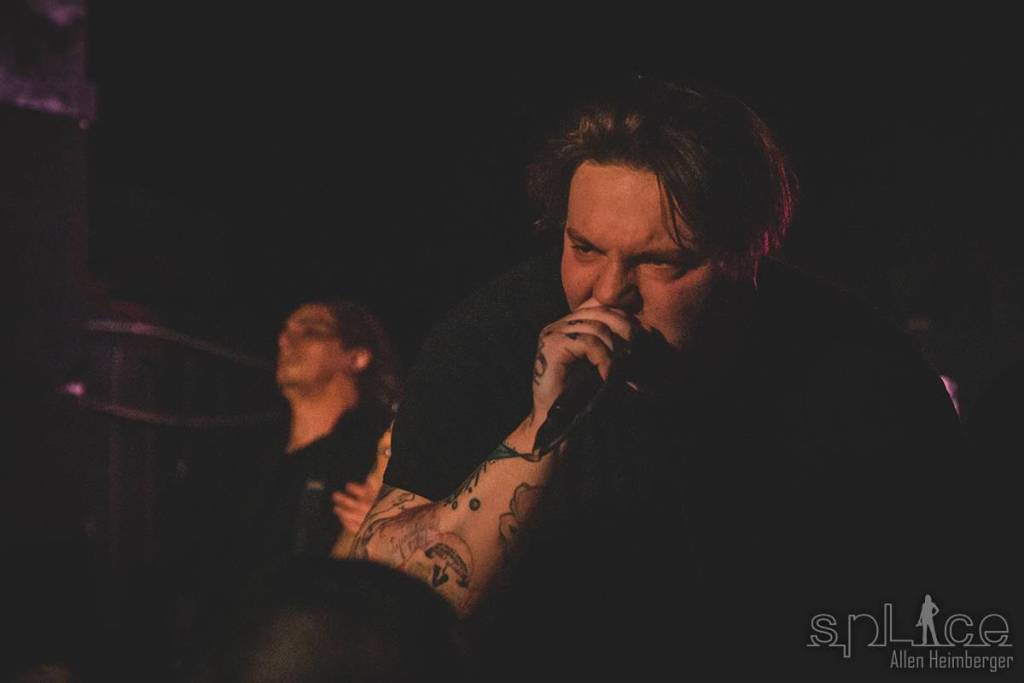 It was time for the touring bands. From Indianapolis (IN) ExitWounds took to the stage and you could feel the energy increasing. Out in support of their Visions EP (out February 22, 2019) they had their music cocked-and-loaded, ready to share it with the crowd.

Lead by vocalist Alec Harter, ExitWounds had this crowd stirred up and moshing. With their brutal metal occupying most of the night, the melodic portions stood out well. Look no farther than their current single Medusa to get a taste of what to expect. From what was witnessed tonight at The Foundry, this is one of those groups you will be hearing about sooner than later. Hop on over to one of the links below and check this foursome out today! 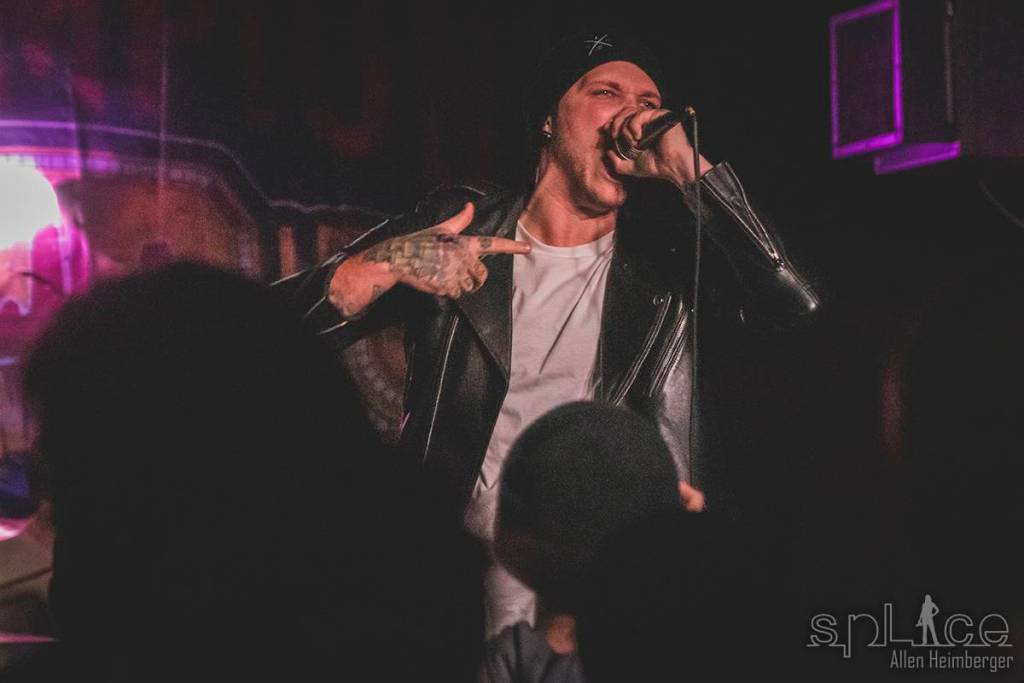 Cleveland (OH) Heavyweight Champs Sink The Ship were here to cap off the evening in front of a sell-out crowd at The Foundry. The four-piece is lead by Colton (Vocals); and features Zakk (Bass), Brandon (Guitar), and Zac (Drums). Since 2012 when they broke out in the heavy scene of Cleveland they have been carving their path upward. As they blended Pop Punk with Metalcore and tossed in some other influences, they created a sound that is heavily addictive.

They are out supporting their latest release Persevere (released April 24, 2018) that features their single Second Chances. With Colton holding most vocal duties he was backed up by Zakk and Brandon throughout the set. With the crowd off their feet and moshing side-to-side and front-to-back most of the set, the energy was non-stop and at its peak until the set ended.

A nice treat was just past mid-set when Colton announced they were going to play a new song they have yet to release. As they busted into the song Demons for the first time live, the crowd was ecstatic to hear this new track from their hometown heroes. This will be the only time they play that song live on tour, and will only play unreleased songs in their hometown of Cleveland.

As they finished up their set and started to exit the stage, the crowd was chanting for one more song. Explaining their dislike for the typical encore schtick, they buckled under pressure from the cheers and performed one last song. Leaving the crowd sweaty and tired Sink The Ship completed the six-band night in style.

As the crowd formed around their merch table at the end of the night, the band was hanging at various areas of the venue trying to catch their breath after a performance like that. With plenty or merchandise available for sale, everyone definitely had something to their liking.

Check out their latest release today, you won’t be sorry. If you’re close to one of their remaining dates, grab a ticket now, as their opening two nights were both sell out crowds.

In April Sink The Ship heads over to Japan for a six-date tour. So if you’re feeling ambitious and want to travel halfway around the world to check these guys out, and maybe do some sightseeing in Tokyo – well, now is your chance. 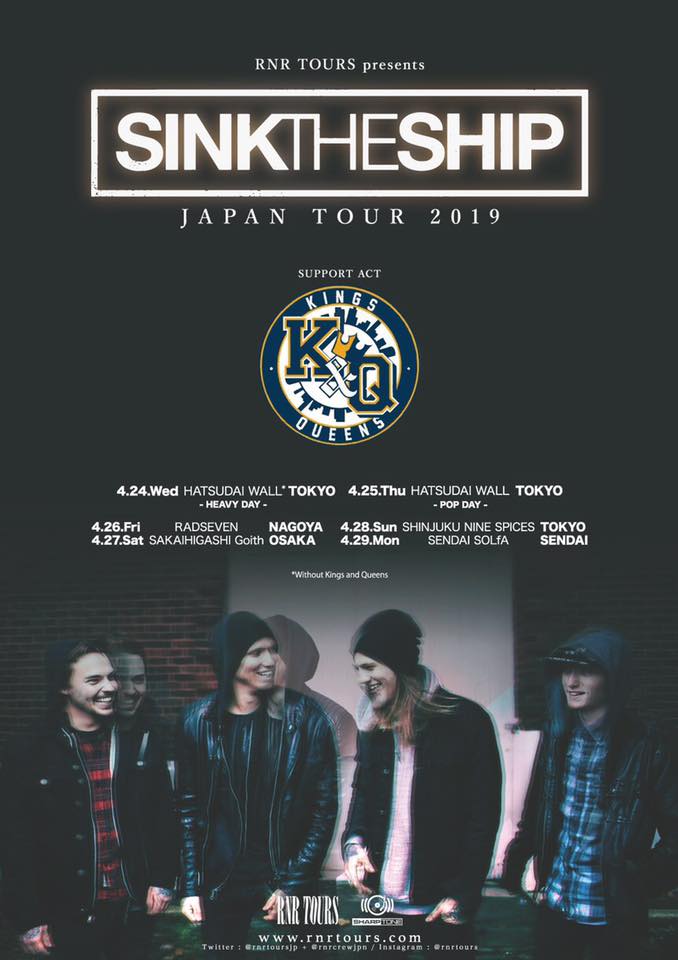