“You’re highly unlikely to find another album that explores the fear and loathing of our uncertain times in as chill a fashion as the latest from Maynard James Keenan’s art-rock outfit Puscifer. – Revolver

“The new Puscifer album is solid, and even steely soulful in a Devo-meets-Blade-Runner fashion.” – FLOOD

The dates, which kick off June 9 at The Smith Center in Las Vegas, include the group’s largest scale performances to date with shows slated for Los Angeles’ venerable Greek Theatre (site of Keenan’s one-time-only Cinquanta mini festival), Brooklyn’s movie palace-turned-concert-hall Kings Theater and the state-of-the-art Mission Ballroom in Denver.

Over the years, Puscifer tours has traversed the Arizona desert, explored the barn dances of the American South, and tapped into the technicolor world of the Lucha libre. With Existential Reckoning the Pusciverse expanded into the cosmos. A taste of the live outing was hinted at with the ground-breaking and bedazzling “Existential Reckoning: Live at Arcosanti” livestream event. An on-demand/VOD version of the concert film and its accompanying soundtrack were released in November 2021, with physical versions of the soundtrack and film (vinyl and VHS) available via retailers on Feb. 25 (https://puscifer.lnk.to/LiveAtArcosanti). Puscifer TV is the online repository for all things Puscifer including the aforementioned “Existential Reckoning: Live at Arcosanti,” as well as “Billy D and The Hall of Feathered Serpents Featuring Money $hot by Puscifer,” “What Is… Puscifer,” and “A Curmudgeon’s Guide to Divine Collisions and Pythagorean Oenology.”

Pusciforce Agents Merkin, Round, and Mitchell have intercepted a coded message, which appears to be extraterrestrial in nature, emanating from the mysterious and elusive Briefcase, that translates as follows: “An Existential Reckoning is imminent.”

Agent Dick Merkin went on to say, “Utilizing a hybridized form of highly classified 1st Order Triangulation and Uber Eats delivery tracking software, we have been able to construct a predictive model mapping out specific coordinates for future sightings/appearances of this afore mentioned Briefcase. We will be there. We will be ready. Let the probing Begin.” 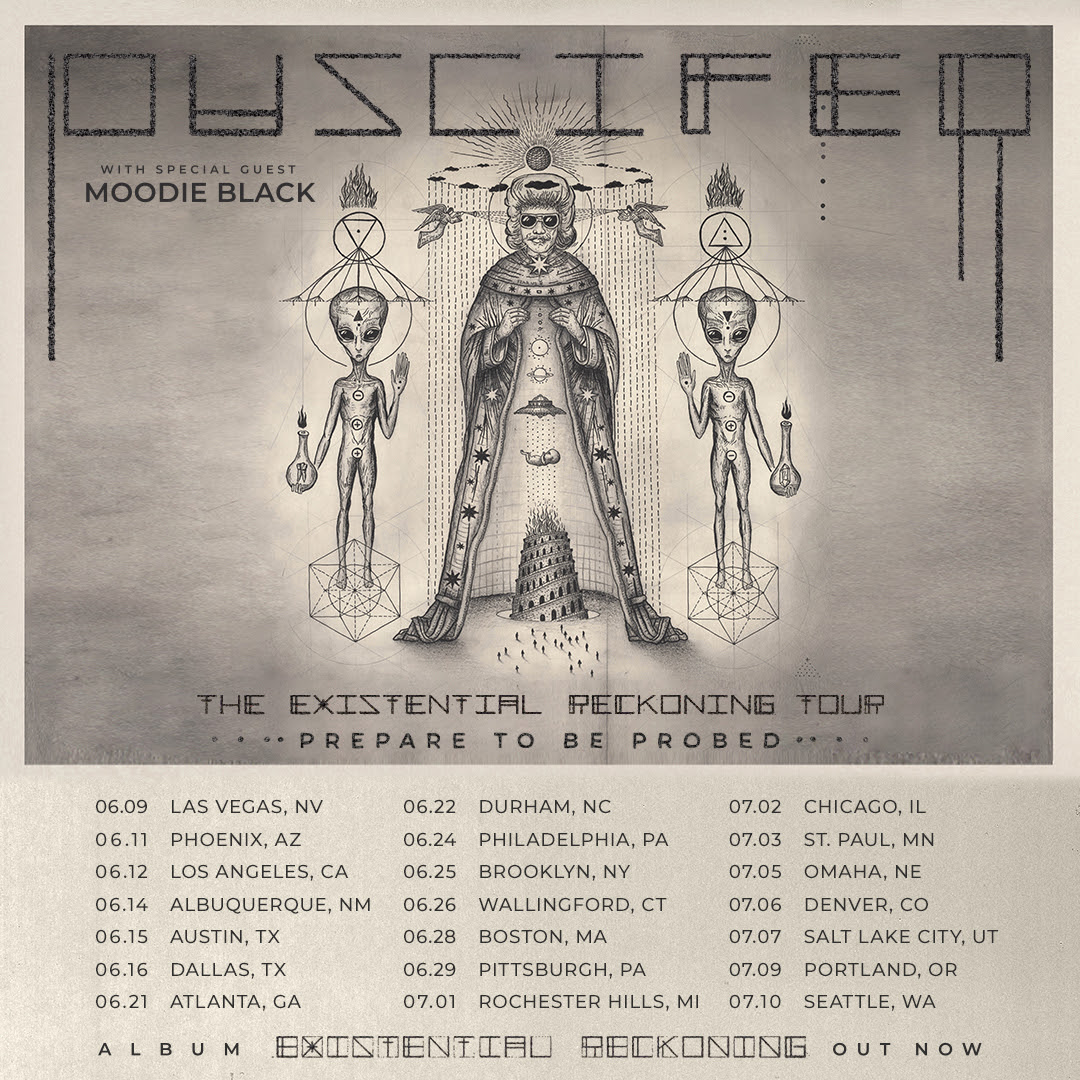