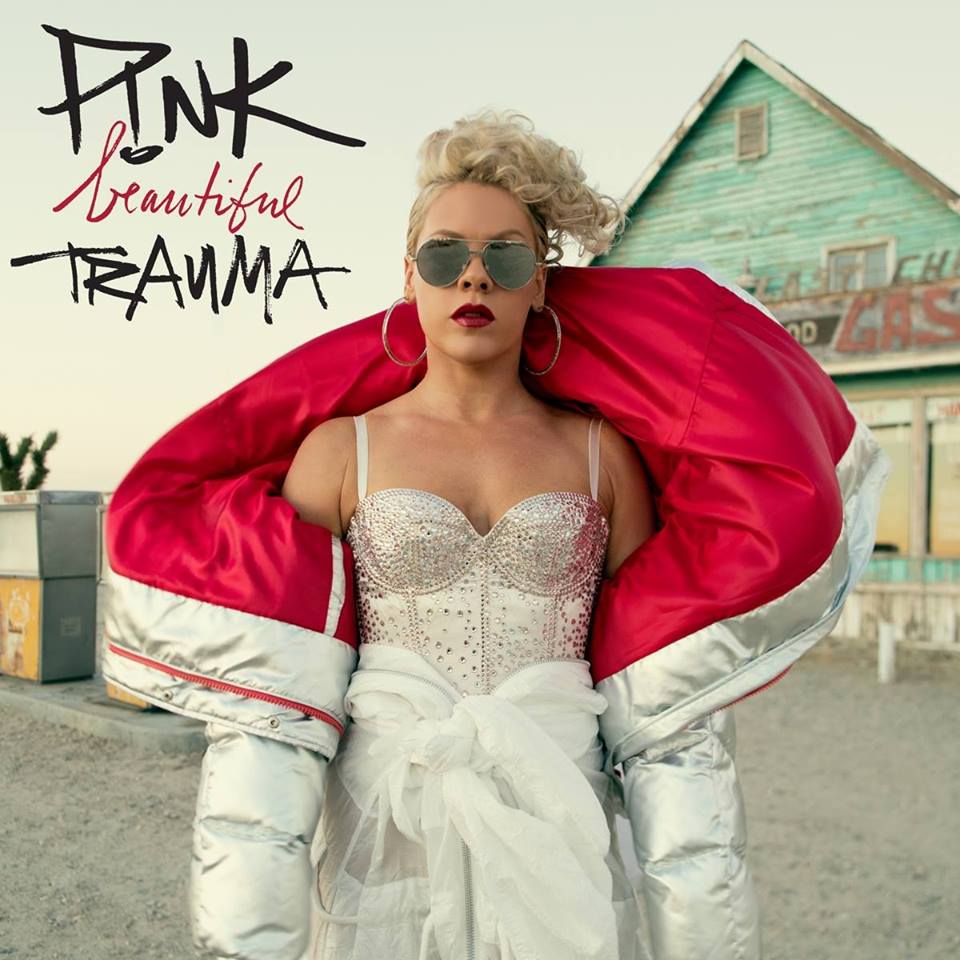 Grand Rapids, Michigan (March 18, 2018) – When Pink announced her Beautiful Trauma World Tour in 2017 her fans bought up the tickets as soon as they were available. With that in mind Grand Rapids, MI was ready for Pink’s traveling extravaganza tonight at Van Andel Arena.

If you had a ticket and you thought you were going to see a typical concert, you had a surprise coming your way. Pink puts on a show, a show like no other; with production and choreography that rivals the best that Las Vegas has to offer. Oh, did we mention her music? With a string of multi-platinum albums in her catalog and the top 10 current album, Beautiful Trauma, at her disposal, tonight was poised to be the show of the year at Van Andel!

When the lights dimmed, it was time to get the party started!  Make no mistake; from the moment the lights dropped, to the very last note of “Glitter in the Air”, Pink was either flying through the air, swinging on a huge pink chandelier or bungee jumping into the arms of her dancers. Even when she remained grounded her dancers energized the crowd while she ripped through energized versions of “Beautiful Trauma”, ”Just Like a Pill”, and “Revenge”, her current collaboration with hip-hop superstar, Eminem.

During “Funhouse” Pink walked the runways that extended on either side of the stage. She took her time at each station along the way to wave and interact while everyone snapped pictures with their cell phones. This in itself was a refreshing change as Pink actually encourages cell phone pictures and videos to be shared. With current artists locking cell phones in bags and others frowning on photography all together, Pink knows the formula to reach her fans and keep them happy!

After an intense, rocking version of “Just a Girl”, Pink and an aerialist strapped into a harness for a steamy version of “Secrets”. As the crowd was fixated on the couple suspended 25 feet above the stage doing their best version of Body Twister, the stage crew changed the stage to a gothic forest for a sultry version of “Try”. As if that wasn’t enough to push the imaginary senses into overdrive, a levitating bed was up next for “Just Give Me a Reason”. Along with a virtual duet partner Nate Ruess, who appeared on screens behind the band, the bed floated over the astonished crowd while Pink moved from end to end while performing the classic hit. For most, this should have been the end of the epic evening, but not Pink.

The music and fun kept right on coming. With a literal blazing version of “Just Like Fire” which used actual fireballs for effect, to “What About Us”, Pink’s music tonight had a message for all. Whether it was the equal importance of every human or Pink’s uncanny ability to empower individuals, she is a champion of the people, all people; she knows what to say and when to say it. From the gospel-inspired “I Am Here” to the feel-good-about-yourself, “Perfect”; each contains words of encouragement in the lyrics. After a short video about human rights and equality, the stage was set for a highlight reel ending.

As Pink was being strapped into yet another harness, she was pointing to each area of the arena and telling the fans, “I’m coming to see you”. She wasn’t just pointing to the areas around the stage, but the far upper reaches in the back and around the sides of the massive arena. As all the cell phones were being pointed toward the planned trajectory “So What” was being queued by the band. At the point of the song where the lyrics are to begin, Pink was launched. Twisting and tumbling to the highest point of Van Andel Arena and then gently touching down on the wall of the third level. After a few seconds touching hands with her fans in the area, she was off again to another section. The tumbling and twisting continued to the very end when she was gently brought back to the stage for the final song of the night, the ballad “Glitter in the Air”.

As the fans filed out of the arena into the cold night air, you couldn’t help but listen to the rhetoric. “Fantastic”, “best show I’ve ever seen”, “wow, just wow” are just a few that were overheard.  This was not just another concert tonight by any reach of imagination; this was a choreographed high-energy extravaganza that must be witnessed to believe. From the pulsating music, world-class dancers and the aerial aerobatics, to the flashing lights and intense colors that moved the senses to the brink of overload, fans were left in awe.

Pink is a world-class entertainer and artist in a league of her own. If you ever have the chance to attend one of her shows, do it – it’s an event that you will never forget.