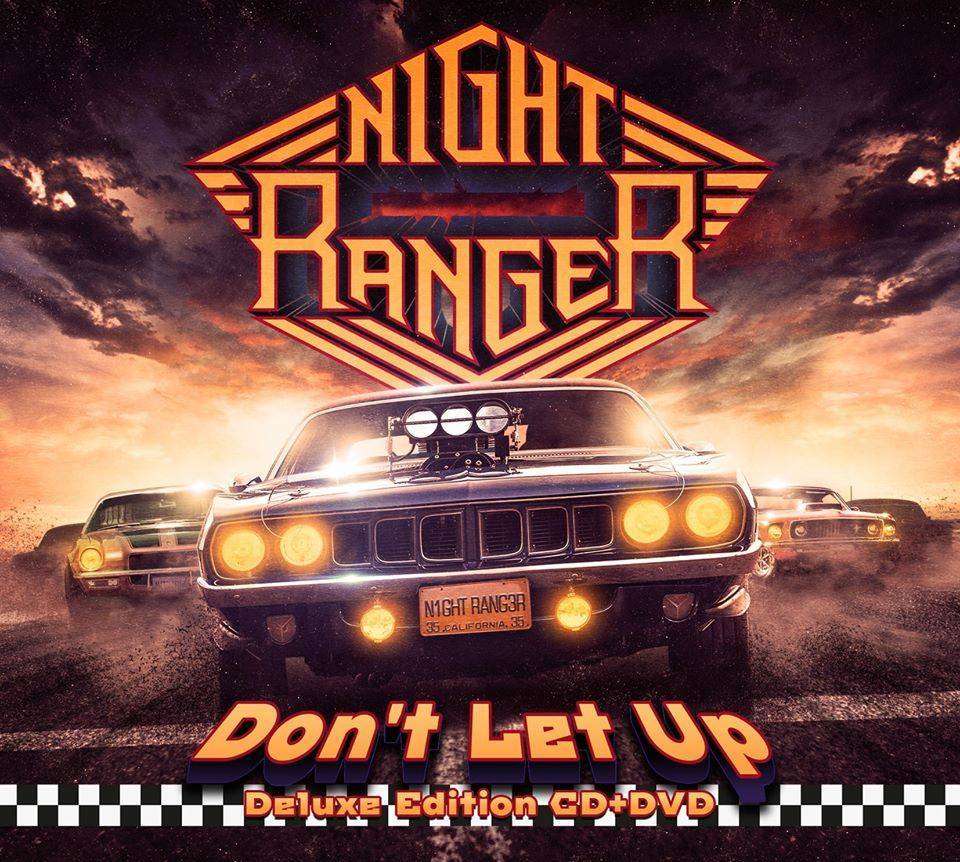 Clearwater, Florida (April 13, 2018) – When you think of Night Ranger, it’s the blazing guitars, catchy hooks, soaring power ballads and of course, “Sister Christian” that come to mind. But tonight, the electric guitars are put down, and the Marshall stacks are getting turned off. Tonight at the Capitol Theatre in Clearwater, FL Night Ranger is playing a rare treat, an acoustic set of some of their greatest hits.

Formed in 1979, Night Ranger rose to popularity with a series of singles and albums. Alone their first five albums have sold more than 10 million copies worldwide with their biggest hit, “Sister Christian“, hitting number 5 on the charts in June of 1984. As the 80’s came to an end, their success had waned, and the band split to pursue other interests, such as the super-group Damn Yankees. But time has proven that you can’t keep a good thing down and they reformed, albeit without the original guitarist, Jeff Watson, and keyboardist, Alan Fitzgerald.

Tonight though, just as Night Ranger was playing acoustically, so was The Greg Billings Band. Playing a stripped-down acoustic set with just three guitarists can be a challenge, but Greg was up to the feat and performed beautifully, which really isn’t a surprise as he is a veteran performer and a total professional.

His set consisted of crowd favorites such “Hell Yeah“, “Let’s Go to Vegas“, “When the Night Comes Down“, and “Old Friends Don’t Come Easy“, among others. When he performed a beautiful version of John Waite’s “Missing You“, he had the crowd singing along and eating out of the palm of his hand.

When the crew was setting up for Night Ranger, you knew that this wasn’t going to be your typical rock show as there were three stools on the stage in between the keyboards and the drum kit. When the band came out there was an ease to them and they were all smiles as you had the feeling that they were going to enjoy themselves tonight.

They opened the show with their hit “When You Close Your Eyes” from Midnight Madness. Jack Blades sounded great, and of course, the rest of the band sounded amazing as well. There was a definite joy to the performances especially witnessed as they performed classics such as “4 AM“, “Sing Me Away“, and “Coming of Age“. In between each, they entertained the crowd with stories from the road such as when Brad Gillis was playing for the very first time with Ozzy Osbourne and he made a mistake during one of the songs. The next night Sharon Osbourne said to him, “Brad, you’re doing great, but don’t f*ck up again!”

It was clear that the guys planned and were going to have a blast tonight.  The band was playing extremely well and you knew that these guys were polished pro’s. When it came time to play Don Henley’s “Boys of Summer“, they really put it into high gear, kicked the stools away and blew the roof off of the Capitol Theater with their version. For an acoustic performance, you’d think the audience would be sitting and enjoying a stripped-down performance, but there was no way Night Ranger was going to let that happen.

When it came time for them to play a medley of the Damn Yankees hits “Come Again“, and “High Enough“, the crowd started to dance in the aisles. As the night went on they continued with songs like “Truth“, from their latest album, Don’t Let Up, and “Forever All Over Again“. After this, Brad Gillis told the audience the next song was going to be a first and he didn’t even know if it could be played acoustically. Who would have guessed that you could play the hard rocking song “Don’t Tell Me You Love Me” acoustically let alone have it still be hard rocking?  Brad’s fretboard wizardry was in full display on this song, as he traded solos with guitarist Keri Kelli with speed and ease.

Finally, came the song that everyone was waiting to hear, the bands biggest hit, “Sister Christian“. Drummer Kelly Keagy was spot on in his performance as he was accompanied by the crowd. The final song of the night was “Rock In America“; the guys in Night Ranger sure knew how to rock everyone at the Capitol Theater when they played this song. They were rocking so hard you didn’t even realize they were playing a stripped-down acoustic set.

This was a great night of storytelling, and some of the hardest rocking you can do on an acoustic guitar. If you get a chance to see them acoustically don’t pass it up. Night Ranger will be continuing their tour, click HERE for tour dates near you.