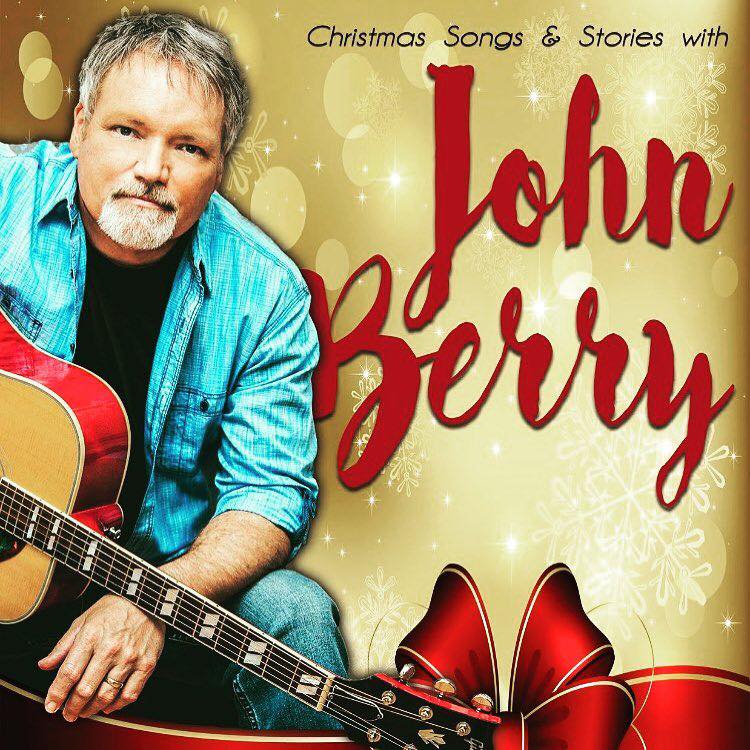 Kalamazoo, Michigan (December 9, 2018) – When you find something in life that rekindles faded memories from long ago, you hold on to it. Sunday night at the Kalamazoo State Theatre in Kalamazoo, MI, that magic elixir that we all wish for was on stage right before us. Grammy award winning singer/songwriter John Berry was in town tonight with the 22nd annual Christmas Songs & Stories Tour.

Berry’s performance tonight consisted of two sets with a short 15- minute break in between each. The first set focused on the songs that established him as a country star, plus some new music off his latest EP, 2018’s Thomas Road. Each song Berry performed was preceded by a short story on the lyrics or the influences pertaining to it. One in particular that resonated with the audience was the story behind the title track off Thomas Road. Berry went on to explain that Thomas Road “was the road I grew up on”, and all the trials and tribulations that he encountered as a youth, including the beginning of his musical interests. With his silky smooth voice and his enchanting personality on display, the appreciative fans were witnessing Berry in his finest hour, on stage, doing what he does best.

Upbeat performances of “Your Love Amazes Me”, his biggest commercial success, and “Kiss Me In the Car”, off his debut LP, served notice that Berry still has his chops years after these chart toppers were released. Even short stories about a time he met up with Willie Nelson and had him sign his guitar drew smiles and laughter from the fans in attendance.

After a short intermission, Berry took the stage to begin his traditional Christmas segment. As in the first set, he took a few minutes and spoke with the audience about family and the personal memories that each song held. What left an indelible mark on this incredible night was how touching every story was portrayed and how deeply Berry felt about each. This is, by no means, a regular run of the mill sing a-long concert. It’s a look back to a time when the celebration of Christmas was about family and the reason we rejoice, the birth of Jesus.

Traditional songs such as “O Come Emmanuel”, which Berry’s mother sang in his boyhood home, “Do Not Be Afraid” and “Joseph’s Lullaby” resonated deep with meaning and grandeur. “Mary Did You Know”, a simple song that most grew up listening to, was enchanting and vibrant. Finally one of Berry’s most requested songs in his seasonal library, an incredible a cappella rendition of “O Holy Night”, drew a well-deserved standing ovation.

Watching John Berry tonight was an experience that won’t soon be forgotten. Yes, I knew his music beforehand, but had no idea that a genuine and sincere man was behind it. The experience listening to his heartfelt stories along with his silky smooth singing voice was both enlightening and helped re-establish meaning to long forgotten Christmas classics.

If you do one concert this holiday season, make it this one. Christmas Songs & Stories with John Berry will rekindle long forgotten memories and leave you with a deeper appreciation of what Christmas truly is.