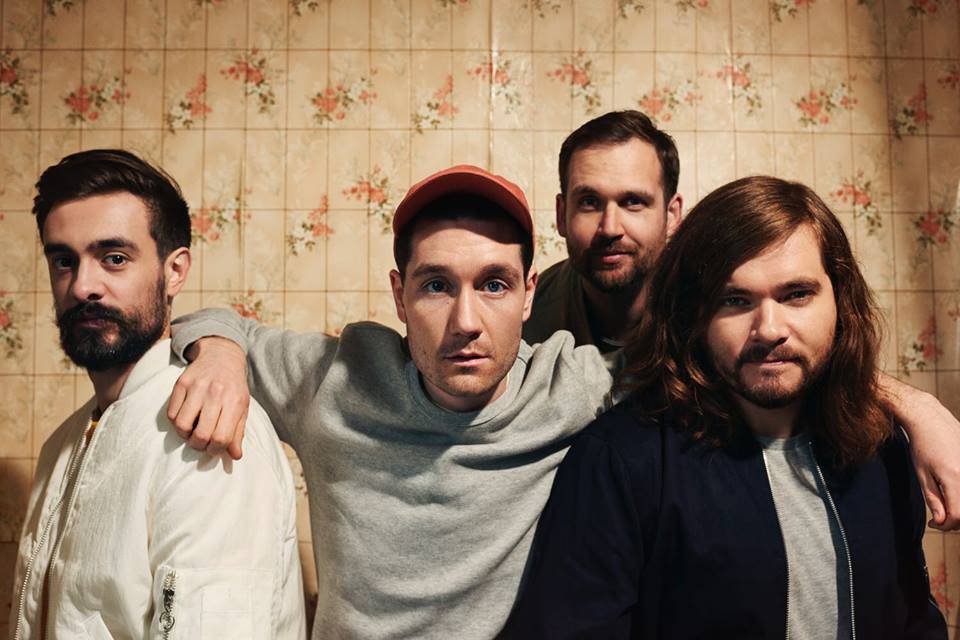 St. Louis, MO (November 29, 2018) – The Pageant was packed, and as I approached the venue door, there was a buzz among concert goers. Bastille was headlining the sold out HoHo Show for 105.7 The Point and lovelytheband was opening. As soon as I walked through the door, I found there was no room to stand even in the back, as the place was packed, and everyone was beyond excited.

Opening up the night was lovelytheband, and Lux from 105.7 The Point came out for a few minutes to get the crowd hyped. It was very apparent the crowd was ready as the minutes flew by, and when lovelytheband took the stage, the venue was filled with a deafening cheer from the crowd. The band opened up with their song pity party and kicked the night off on the right foot. The band was very eccentric and upbeat; not only their music, but their stage presence was amazing. They also performed their songs  don’t worry, you will, these are my friends, and of course the song that started it for them: broken. They even did a cover of Ginuwine’s song Pony, which got the crowd moving instantly. Lovelytheband put on an amazing show and really got the night started.

The moment finally came for Bastille to perform. The buildup to their set was finally hitting its peak and you could feel the tension and excitement in the air. As soon as the lights turned on and Bastille started playing, everyone was moving. They opened with  Good Grief  and followed up with  Blame, Icarus, These Streets, and World Gone Mad. The setlist Bastille played for St. Louis was a big one with 21 songs! Lead singer, Dan Smith, took the energy he shared on stage and gave it to the crowd as he jumped and moved to the music, the crowd doing the same.

Not only did they cover a big hit they are featured on, Happier  by Marshmello, they also covered the classic No Scrubs by TLC. They continued their set with Flaws and Oblivion, and finally closed out the night with two of their biggest songs, Quarter Past Midnight and Pompeii. Bastille sold out The Pageant and really put a show on for St. Louis.

Bastille will have a multitude of shows going on through the U.S. and Europe from December until February, so check out their upcoming dates here and catch a show!