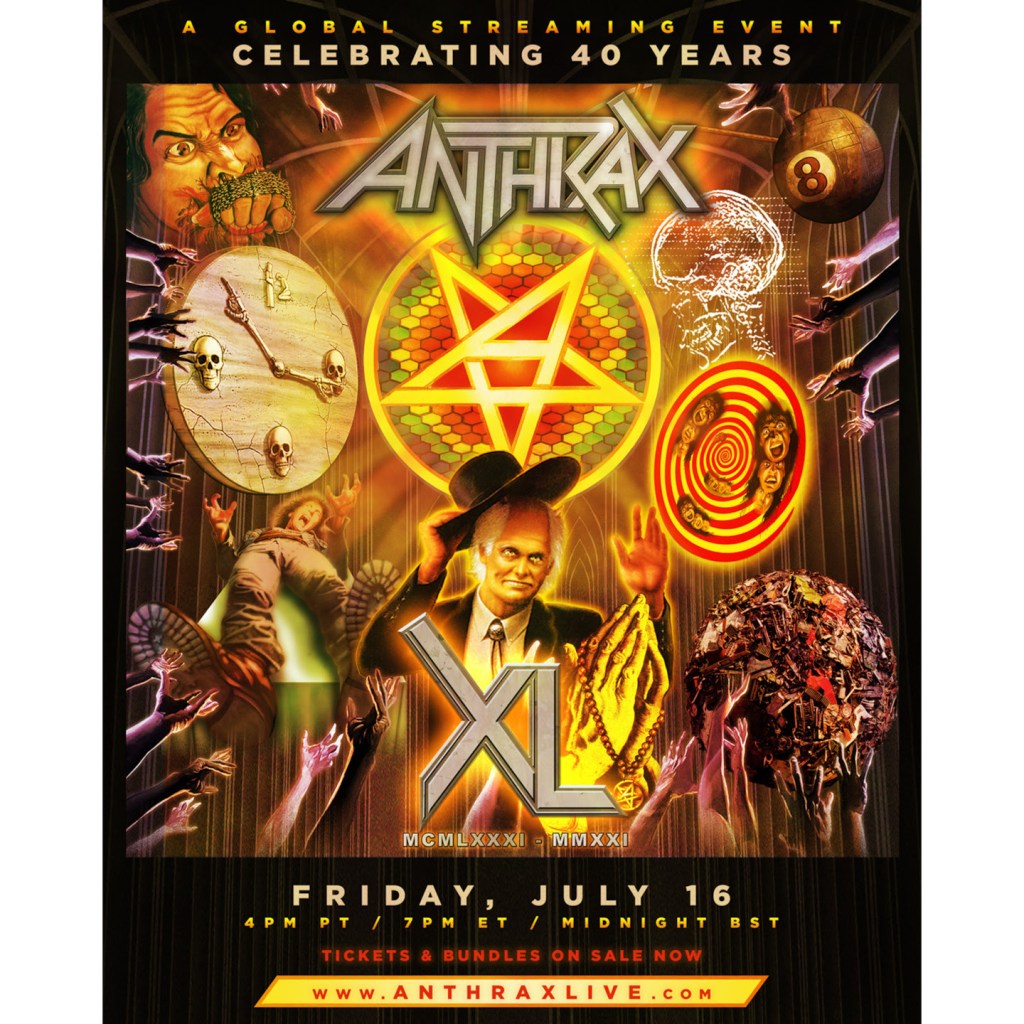 Forty years.  A lot has happened in the world in that time. Ronald Reagan challenged the Soviet Union to tear down the Berlin Wall. The Persian Gulf war came and went, the Soviet Union Dissolved, and the World Wide Web came to be among many historical milestones. But one major milestone predates those, the birth of Anthrax. Way back in 1981 Scott Ian and company formed one of the most influential thrash bands to ever set foot on the planet.

Fast forward to July 2021, guitarist Scott Ian, lead singer Joey Belladonna, drummer Charlie Benante, guitarist Jonathan Donais, and bassist Frank Bello got together and decided to do something special for all of their fans. With the pandemic still wreaking havoc on touring, and the guys not wanting to pass up on a momentous anniversary, the best solution, a livestream. What a stream they put on. Chock full of deep cuts to make the diehard fans salivate, and plenty of their big hits to satisfy the more casual fan.

As the livestream started, the clock from the Persistence Of Time album cover was shown. Then with a deft transition you were now with the band in the venue, and they launched into “Fight Em Till You Can’t”.  Under flashing blue and white lights, the sheer power that this band wields comes lashing out of the screen right in your face. With singer Joey Belladonna making several trips directly face to face with the camera, he practically leaps out right at you. If there was ever a way to make a virtual performance seem more real, this was it.  With no break Scott Ian launched into the distinct chunky wah ladened guitar riff of “Madhouse”. After forty years, you would think that time would have tempered them. Thankfully, that isn’t the case. To this day, these guys still are still as powerful and have that edge that they’ve always had. 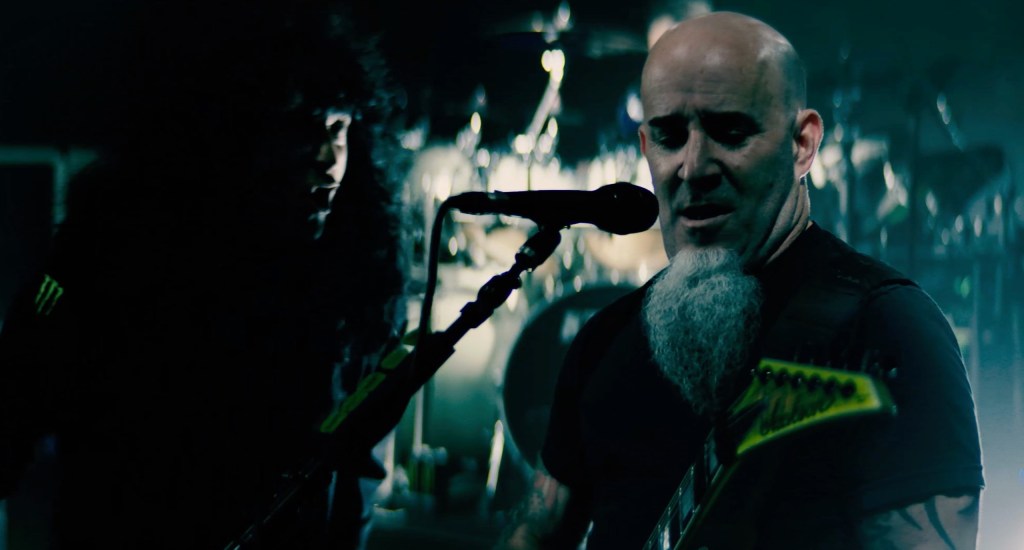 If done right, the camera work can add a great creative element that a concert can miss. Well, the camera crew nailed it. They didn’t dwell on any member too long, nor did they cut away too quick. You KNOW Charlie Benante is an amazing drummer, but to be able to really watch him do his thing is a real treat. The editing between members as they shout the chorus in “Caught In A Mosh” just made things so much better. 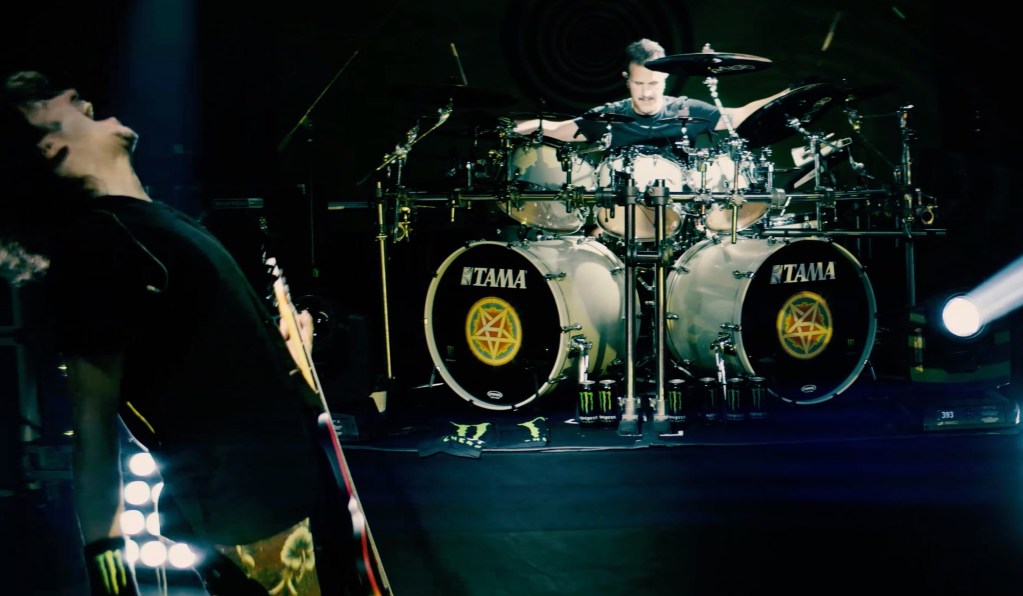 After the first three songs were in the books, they cut away from the band. Lo and behold on the screen was Paul Stanley of Kiss fame. He gave a tongue in cheek tribute to the band saying that America has survived having Anthrax for forty years. Next, Gene Simmons came on and added his thoughts on the band. He said they were not the band opening for you because they demanded your attention and they take no prisoners If you haven’t seen the band, you don’t know just how true it is. Rob Zombie and DMC followed up with their own testimonials as to how badass Anthrax is.

Now it was time to get back to the music. They pulled out another older gem in “Metal Thrashing Mad”. It was great to see them pull this gem out and Joey Belladonna was able to deliver all the screams the song had. They followed things up with one of their classic hits “Time”. Frank Bello’s bass work was absolutely flawless. During the breakdown watching the guys stomp around on stage makes you want to get your own pit going, so if you watch with your friends put the valuables in another room so nothing gets broken. Another classic was up next. “I Am The Law” was a beast of a performance. With images from what may very well be the Judge Dread graphic novel on screen and on the band as well, gave even more power to it. Definitely a very cool effect.

After they were done with those three songs, another break was taken. Again, they cut to more celebrities paying their respects to Anthrax. Even major Hollywood actor Jason Momoa got in on it. This would be the pattern over the course of their performance. They would play three songs, then there would be more adulation from celebrities and their music contemporaries. Of course, it’s the performance that everyone will remember. If there was one surprise of the show it was “Bring The Noise”. Anthrax was one of, if not the very first band to acknowledge Rap when they played this song. Tonight, they pulled out all the stops and had Chuck D from Public Enemy come out and perform with them.  If there was a live audience, the roof would have been blown out on this one. 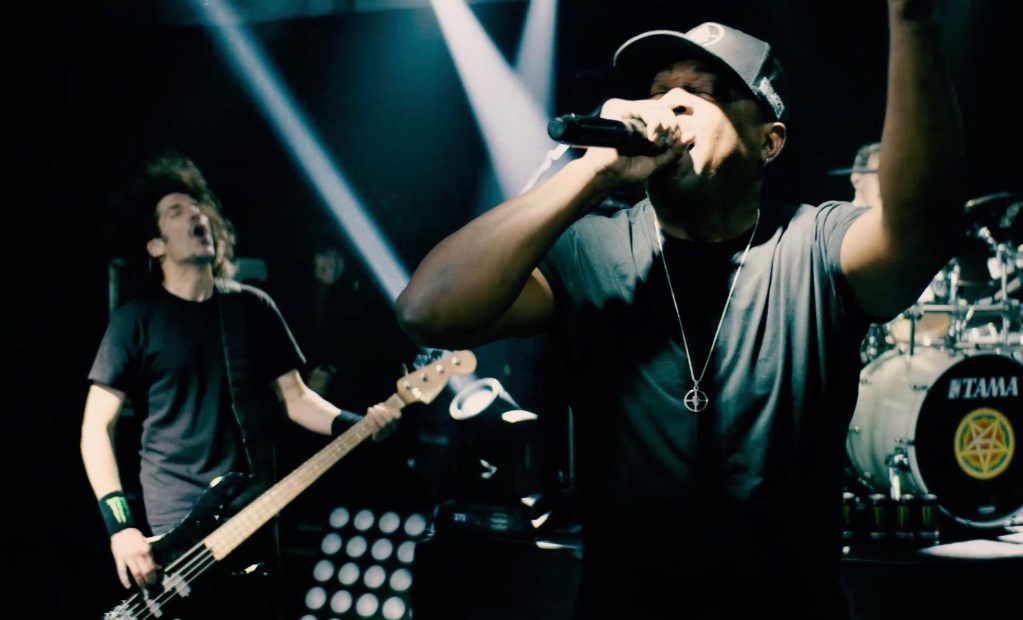 Over the course of over two hours, they played a whopping twenty-two songs. You definitely get your moneys worth with this show. Just like the infomercial says “but wait there is more!” They also include a forty-five minute behind the scenes video as well. That really is a MUST WATCH. Yes, they show typical backstage setup and the band getting things together. The type of stuff you would expect in a behind the scenes video. Buts it’s the additional performances that you get and for true Anthrax fans, having Scott Ian walk around New York City and show all the spots that were important to the development of Anthrax. 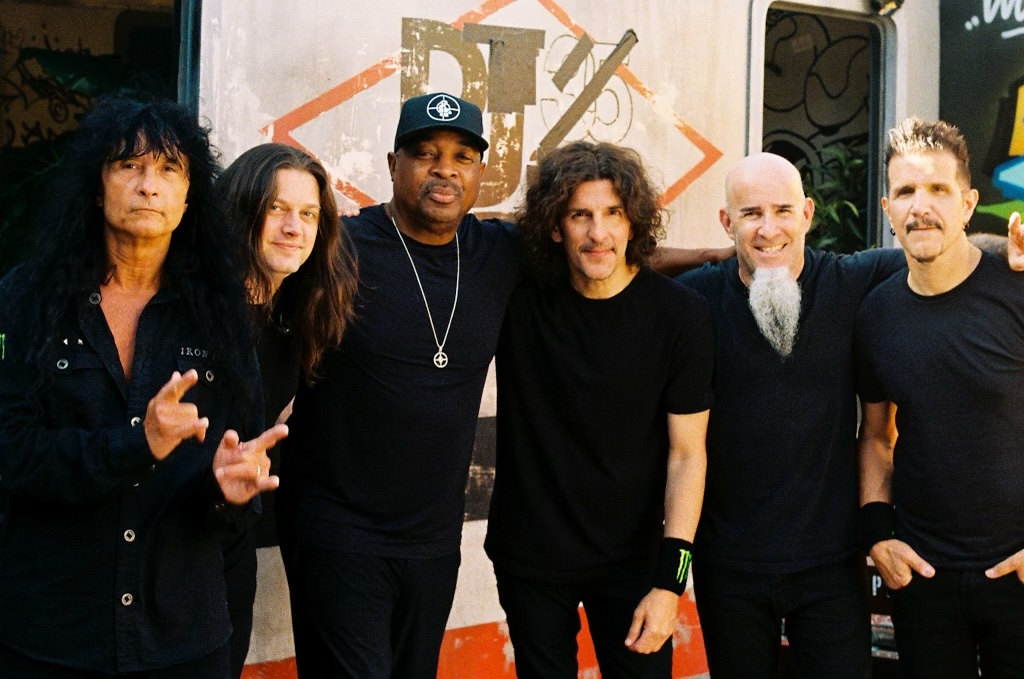 For fans of Anthrax, this really is a must-see event.   The setlist alone shows just how worthy this livestream is. From so many hits, to so many incredibly cool deep cuts there you never want this to end. This band has not lost a single step over the course of their forty-year career and this livestream is living proof of just that. If Anthrax makes this available for sale, it is definitely worthy of purchase. Until that happens make sure you catch it as it is only available until July 25th.