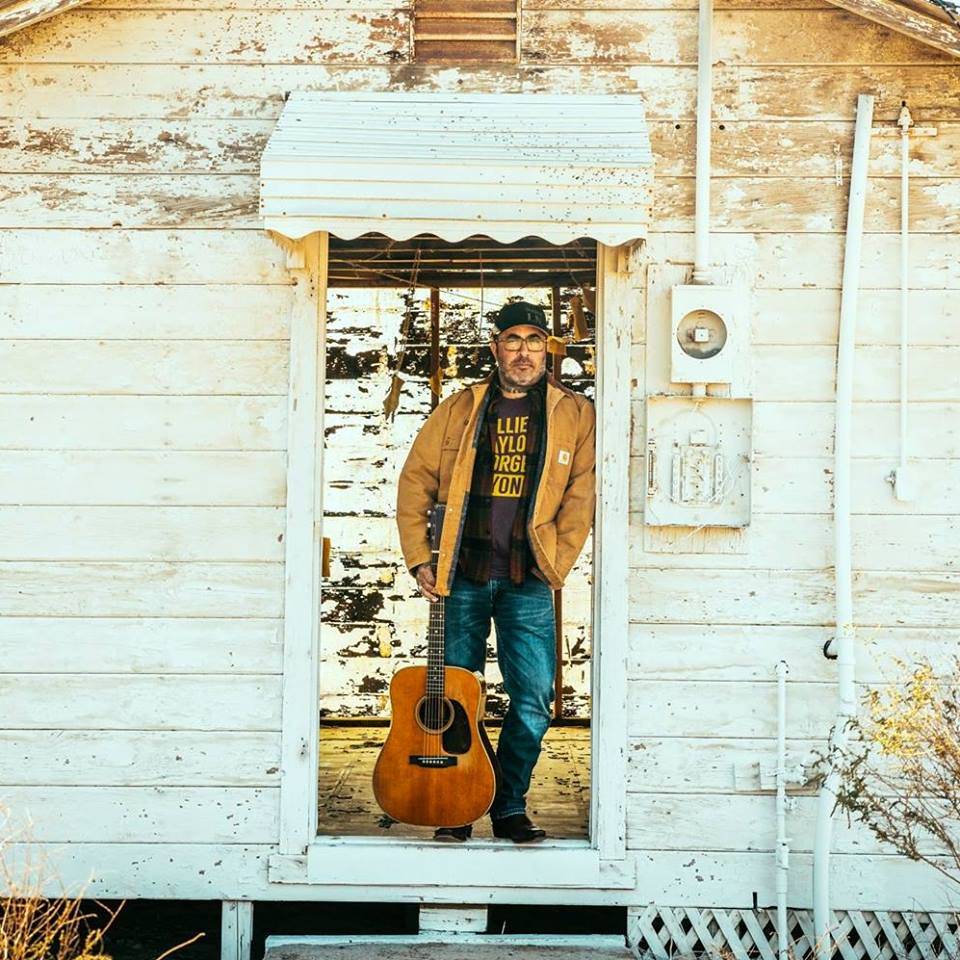 On Sunday February 10th Aaron Lewis brought his State I’m In: Acoustic Songs and Stories tour to the Tampa Theatre. Yes, it is that Aaron Lewis, the Grammy award nominated voice of the multi-platinum grunge band Staind. He is out supporting his current album Sinner as well as giving sneak previews to his upcoming release Sate I’m In. On tour supporting Aaron is singer/songwriter Ben Danaher.
As the capacity crowd streamed into the beautiful Tampa Theatre, a hushed excitement filled the venue. Unlike most venues that hold rock shows, the Tampa Theatre is a city landmark that has been in existence since 1926. It is a beautifully preserved example of a grand movie theatre from a by gone era. So, the crowd was respectful of their beautiful surroundings. As it was now showtime, the lights dimmed, and opener Ben Danaher came to the stage with his acoustic guitar. As this was billed as a songs and stories concert, even Ben was involved with this. With just his guitar and no backing band, His stripped down sound filled the theatre. Playing songs from his latest release Still Feel Lucky his voice and playing was stunning. His style is a beautiful mix of country and Americana. Between each song he would talk about his inspiration for his music and some anecdotes from life on the road. It was easy to see that he had the audience in the palm of his hands. Instead of people staring into their phones and waiting for the headliner to take the stage, people picked up their phones and started recording Ben. On his last song, he stepped away from the mic and sung without the aid of a sound system and his voice filled the theatre. When his set was over he received a very well earned applause from the appreciative crowd.

Now it was time for Aaron Lewis to take the stage. While Aaron is known as the voice of Staind, he has since forged a successful career as a country music singer. With one EP, two full length discs, and a soon to be released album State I’m In, he now has an excellent body of work to tour and exclusively play to his rekindled love of country music. As the house lights dimmed Aaron walked out to a grand piano on stage. With a dark stage and a single spotlight on him and Ben Kitterman playing the piano it was a hauntingly beautiful way to start the night off. The rest of the night he played his acoustic guitar while Ben played his dobro in accompaniment Most of his set came from his country records Sinner, The Road and Town Line. He included songs such as “Sinner”, “Granddaddy’s Gun”, “That Ain’t Country” and “God and Guns” among others. In between the songs, He would interact with the audience, tell stories and jokes, much to the delight of everyone there. There were plenty of times throughout the show you’d think you were at a comedy show as he had the audience laughing so hard. When it came time for him to play his huge hits “It’s Been Awhile” and “Outside” all his fans were singing note for note with Aaron.
What an amazing night of songs and stories. Ben Danaher did a great job opening up the night. While he might have been unknown to the crowd, by the time his set was done he made many new fans for sure. Aaron Lewis talent was obvious tonight. His songwriting and performance are second to none. Just to hear him tell his stories would be worth seeing him live. This is definitely a tour to be seen, so catch it while you can.