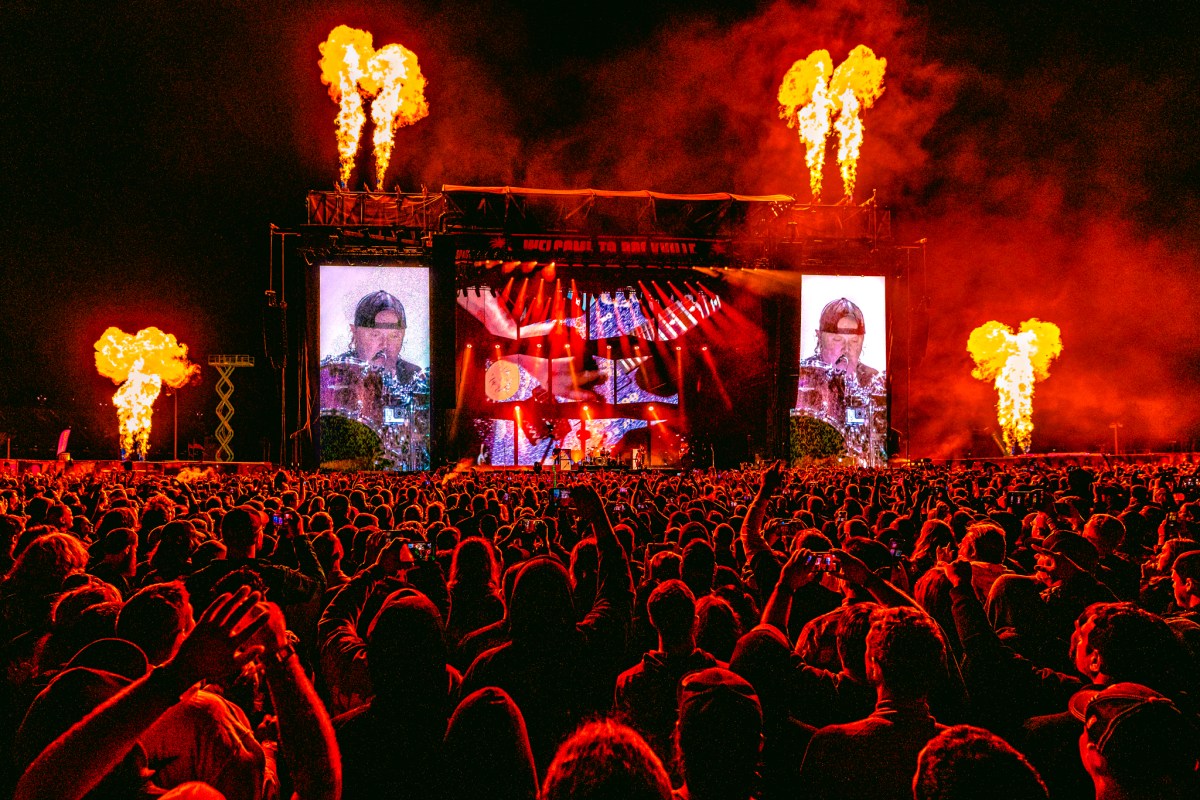 For three consecutive days, the infield of Daytona Speedway has been filled with the sounds of music created by some of the best bands on the planet instead of the thunder of cars rocketing around the racetrack. Sadly, all good things must come to an end as will this festival. But Rockville has this one last day to go out with a bang. Just like the previous days, it did not disappoint.

After three days of headbanging goodness, you could tell that the crowd was starting to get a bit tired. But when Sleeping With Sirens took to the stage, the thoughts of being tired quickly went away. With their most recent album How It Feels To Be Lost released back in 2019 it made sense that just about half of their setlist came from this recording. Leading things off with “Leave It All Behind” you could tell that a ton of their fans were here as everyone was singing along. Of course, when they played their two most recent singles “Bloody Knuckles” and “Agree To Disagree” everyone kicked it up another notch with their singing and matched the bands high energy. Of course, there was tons of crowd surfing to go along with things. 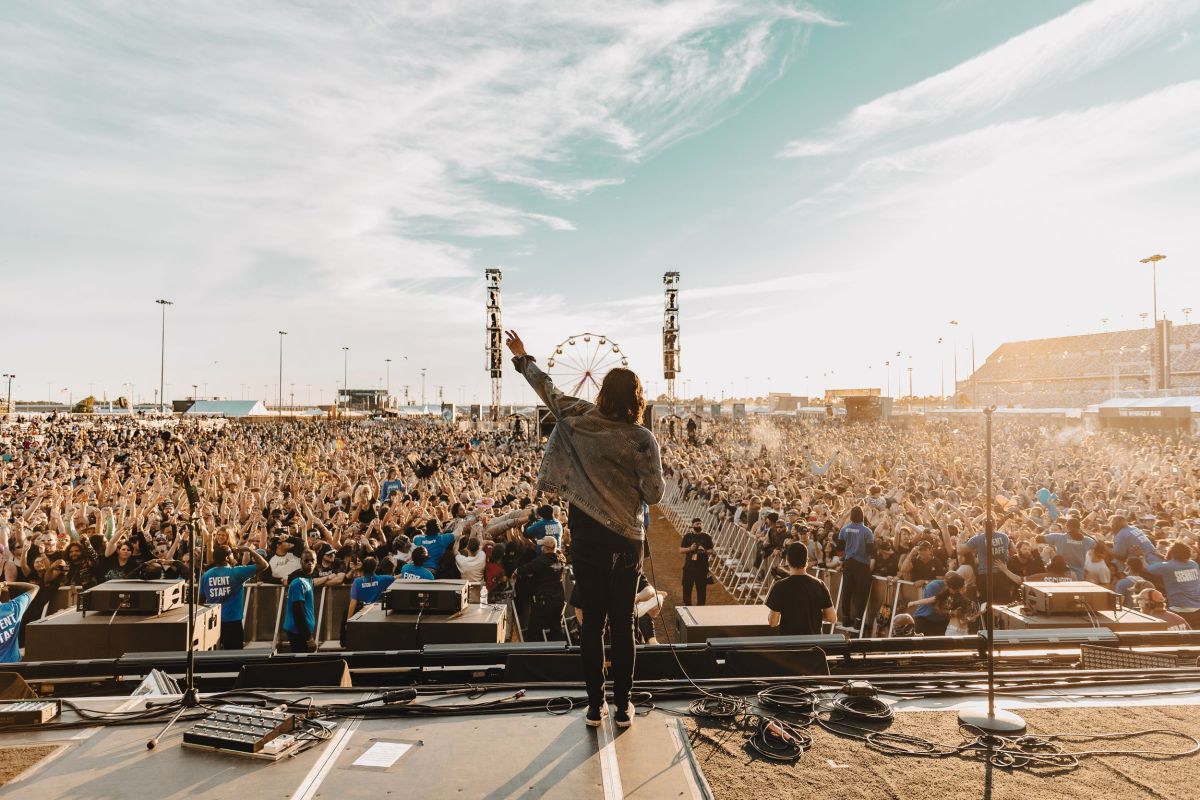 In what had to be a bit of a surprise for a late afternoon timeslot was one of the big four of thrash, Anthrax. After forty years of melting faces you would think that they have taken a deep breath and relaxed a bit. If you thought this, you would be very much wrong. From the opening riff of “Among The Living” it was obvious they were on fire and had that chip on their shoulder attitude. This was definitely one of the highlight performances of all four days. Throughout their time on stage, they played a ton of their well-known songs. “Madhouse”, “Got The Time”, and “I Am the Law” are just a sampling of what they played. Throughout it all, they kept the energy up to unbelievable levels. Lead singer Joey Belladona was in near constant motion, running from side to side on the stage. Of course, when they played “Caught In A Mosh” mosh pits opened up all over the place. Scott Ian was an absolute machine with his rhythm guitar work churning out power chord after power chord to perfection. The rhythm section of drummer Charlie Benante and bassist Frank Bello has to be one of the tightest in all of rock and metal. Lead guitarist Jon Donais was killing it with his solos on every song. They ended their nearly hour long set with yet another classic song “Indians” 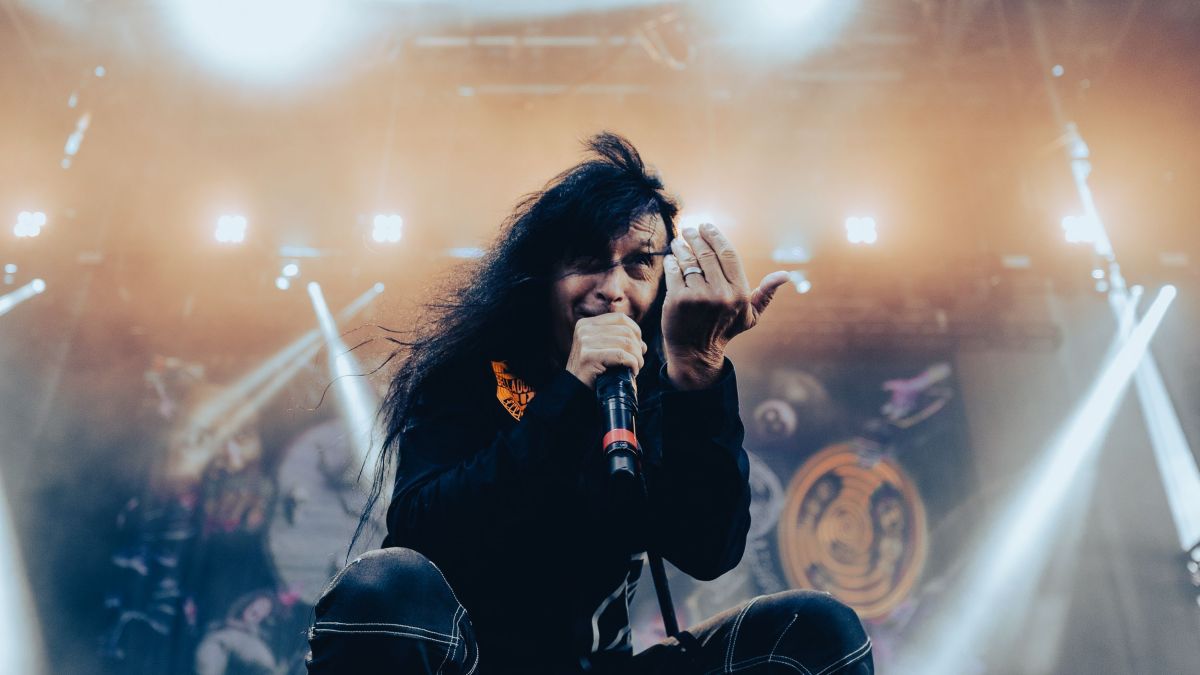 Georgia’s very own Mastodon made the trip down to Daytona and wowed the crowd with their heavy set. The foursome was easily at the top of their game. They started their performance off with “Crystal Skull”. One of the tricky thing to do at a festival is have a great light show. Everything is a temporary setup, and it is difficult to control things outside. But Mastodon’s lighting was gorgeous. With the accompanying video screens on either side of the stage it was definitely a feast for the eyes. With their latest album Hushed And Grim just released, they got to debut “Teardrinker” for all the fans at Rockville. What a performance it was. Just like every song throughout the night, it was heavy and tight. Their precision and musicianship they displayed all night was second to none. 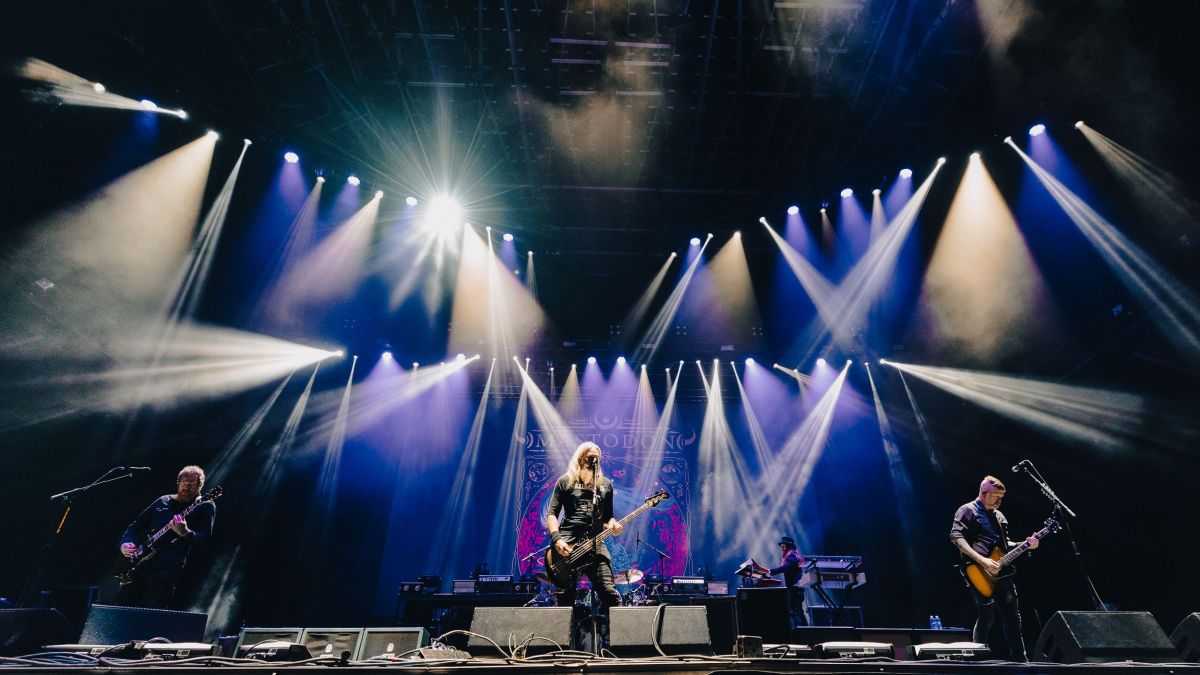 If there was one band that created a buzz as soon as the lineup for Welcome To Rockville was announced, it was Mudvayne. Having gone on hiatus back in 2010, with singer Chad Grey and guitarist Greg Tribbett going on to record and tour with Hellyeah, no one knew when or if they would ever get back together. But in a major coup Danny Wimmer Presents managed to get them to return to the stage exclusively for his festivals. When they hit the stage in all their makeup and outfits that made them standout from other bands, this was the moment that many here were waiting for. After ripping through the “Determined”, “-1”, and “Death Blooms” lead singer Chad Grey took a few moments to echo the sentiments that others have said throughout the festival when he said that he wanted to make sure that everyone had a good time and doesn’t get hurt. He also asked the crowd “what do we do when someone falls down”, everyone swiftly yelled “We help them back up”. Which Chad said, “that is law”. The band really hit their stride with a great performance of the hit song “Not Falling”. They closed out their hour long set with their biggest hits “Happy” and “Dig”. 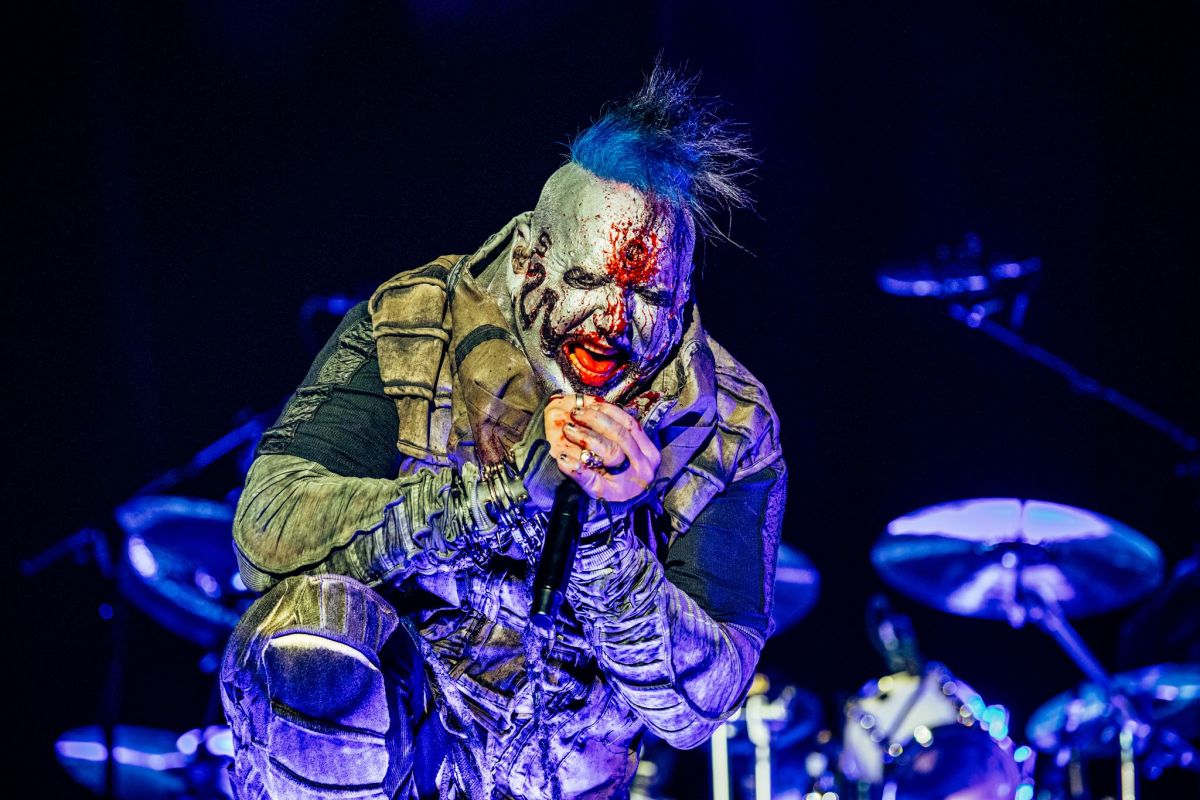 While Welcome To Rockville is known for featuring primarily hard rock and metal acts, they also will feature some of the best rock acts as well. This year they managed to get one of the greatest classic rock bands of all time. What act could possibly be more fitting for a Florida festival than one of its most well-known sons, Lynyrd Skynyrd.  Yes, the band that gave birth to southern rock came to Daytona Speedway to deliver a major heaping of some of the most iconic songs of all time. While it’s been well documented that the band has gone through changes due to a horrific plane crash as well as the march of time, what is also well documented is they have soldiered on and still deliver their brand of music with polish and precision. Over the course of their hour plus long set you got to hear some of their most famous songs played to perfection. Whether it was the opener “Working For MCA” or staples such as “Saturday Night Special” and “Gimme Three Steps” there wasn’t a single song that people weren’t singing along to. But it was the absolute classics “Sweet Home Alabama” and the closing song “Free Bird” that were amazing to see, especially the extended guitar solos in “Free Bird”. 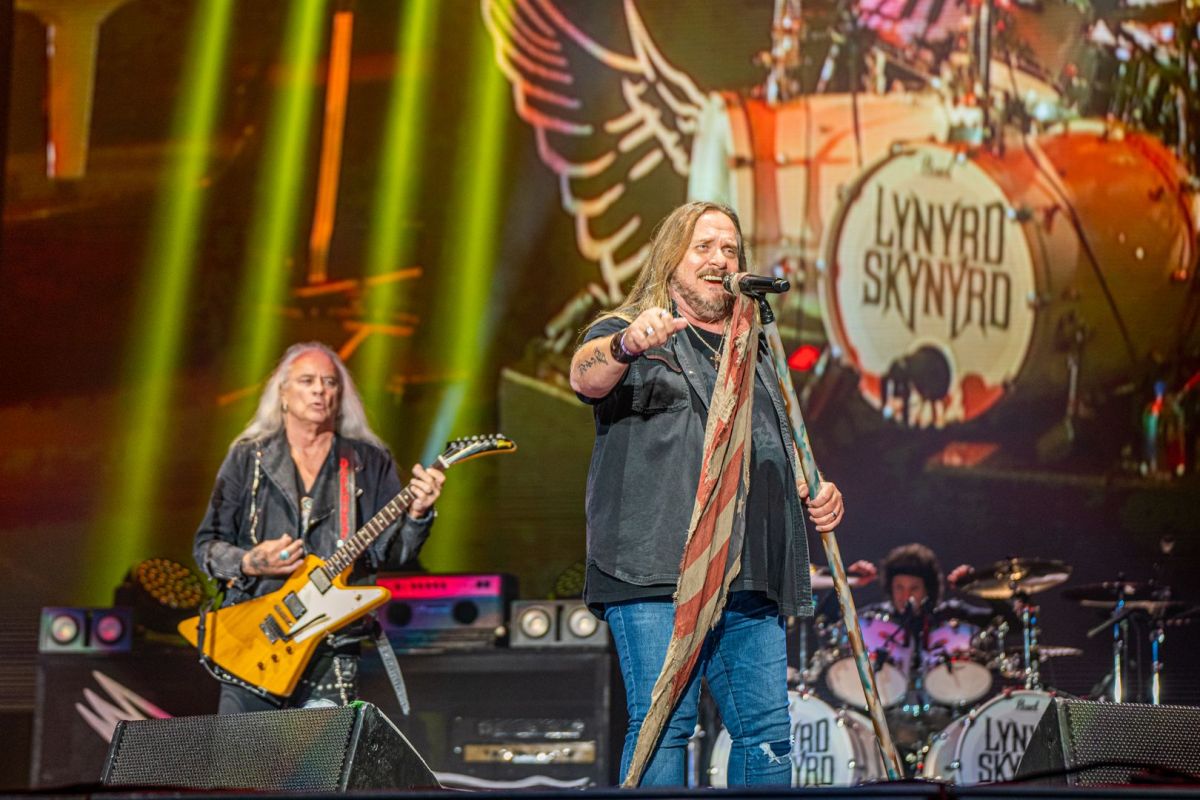 It was now down to the final act of the final night of the festival, and who better to close things out than Metallica.  During their previous set they played many of their greatest hits. The question was, what would they treat the festival goers to tonight? What better way to cap things off than by playing the Black Album in its entirety, especially since this was the albums thirtieth anniversary since its release. Instead of launching right into the album, the band came out all guns blazing and played a blistering version of “Hardwired”. During their performance of “Sanitarium” they made excellent use of the video screens that were playing what looked like people trapped in a room trying to get out. It really added a great element to the song. Afterwards the video screens started playing old footage of the band circa 1991 during performances and the recording of the Black Album. Instead of playing the album how you normally would they decided to play it in reverse order. All twelve songs were played to perfection. For many of their newer fans as well as their diehards this was an experience that won’t be forgotten. Of course, when it came time to play “Enter Sandman” fireworks went off at the intro. While it would be easy for the band to call it a night after that epic performance, they decided to give the crowd a little bit of extra music to cap off the festival by playing “Damage Inc” and the final song of the festival “Creeping Death”. With the last notes played the fans got a beautiful fireworks display to end the night. 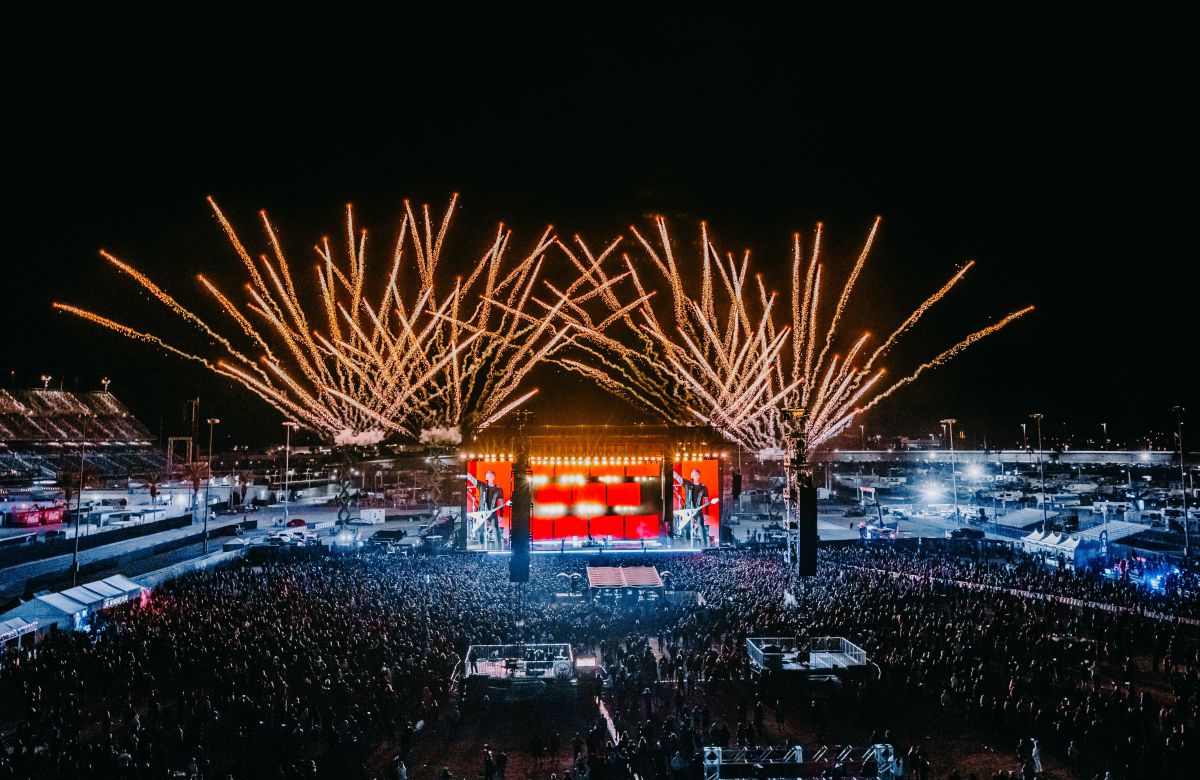 After four days, and ninety plus bands Welcome To Rockville was a bigger success than anyone could have ever imagined. Danny Wimmer Presents clearly has outdone himself with the latest version of this festival. The new location at Daytona Speedway was seemingly meant to hold this festival.  From the weather to all the bands to the location this was as perfect an event as you could possibly get and just what everyone needed coming back from a pandemic. One of the most impressive things about the festival that needs to be mentioned was the sound quality. Plenty of concerts held in proper locations pale in comparison to how all the bands sounded at the festival. As Welcome To Rockville 2022 is going to be held once again at Daytona Speedway this is a must attend festival.