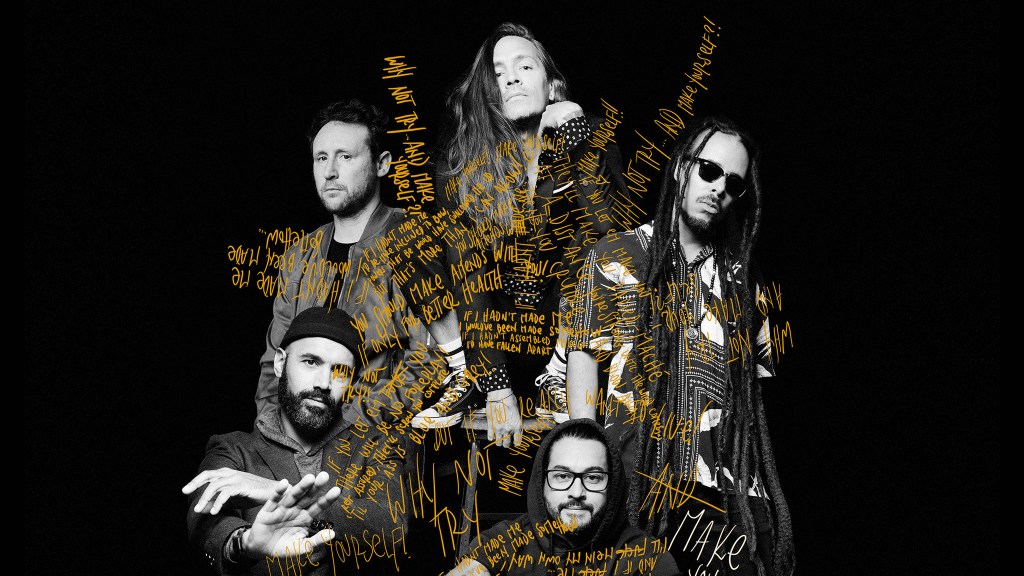 Orlando, Florida (November 29, 2019) – In any band that has had long term success, there has always been an album that was a career defining moment. A release that was a statement saying, “I HAVE arrived”. For Incubus, that album was their 1999 release Make Yourself. On the strength of this album and the instantly recognizable hit singles it spawned, it launched them into the stratosphere. With this being the 20th anniversary of the album, what better way to celebrate it than to go on tour and perform it in its entirety for all their fans. So, the guys in Incubus came up with the 20 of Make Yourself and Beyond Tour, highlighting this amazing album and adding other songs from the rest of their career as well.

On a balmy Friday evening in Orlando, Florida at the Dr. Phillips Center For The Performing Arts, people are excitedly filing into this beautiful multi-level theater. From the front of the orchestra section to the very back of the upper mezzanine, fans quickly made their way to their seats so they wouldn’t miss a single note of this special night. As this is not your ordinary venue for a rock concert, this was not your ordinary night. As the house light were brought up and all eyes were on the stage and the bands instruments, no one came out. Instead, on a giant screen at the back of the stage a video played showing early clips of Incubus and how this incredible album came about. As the video wound down, it was time for music. Guitarist Mike Einziger launched into the heavy riff of “Privilege”, the first track off of Make Yourself. As singer Brandon Boyd and the rest of the band joined in, things instantly gelled and sounded amazing. Dressed in a black suit, Boyd would dance around the stage while singing and leading the audience on this trip through this historic album of theirs. Boyd even played a drum solo during the song.

They beautifully followed it up with “Nowhere Fast” the second track off the album. With psychedelic images looking like something out of a lava lamp overlaying video of the band performing on stage, playing on the video screens, drummer Jose Pasillas and bassist Ben Kenney created a hypnotic backdrop for the rest of the band to play. They continued on song-for-song off their iconic album playing it beautifully to their cheering fans. When they got to “Stellar”, one of the big hits off the album, it was obvious that this was clearly a fan favorite by all the singing that everyone was doing. When it was the appropriate time in the night, Einziger picked up his acoustic guitar and broke into the opening riff of “Drive” to a cheering crowd. With DJ Chris Kilmore layering in his scratching, Boyd absolutely nailed the vocals with an understated performance that gave it depth and beauty. Halfway through the song Boyd tweaked the chorus and sang “who’s gonna drive you home tonight, who’s gonna drive you home tonight and take the wheel and drive” creating a perfectly timed mashup of “Drive” by the Cars and their own song of the same name. Boyd even let the crowd sing the chorus again when he pointed the mic towards them.

Turntable master Chris Kilmore got to enjoy some well-earned solo time in the spotlight with a killer rendition of “Battlestar Scralatchtica”. For their performance of “Pardon Me”, it was just Einziger and Boyd with Einziger joining Boyd who was sitting on the floor. Together they made a magical moment. At times Einziger would lay back quietly strumming his telecaster while Boyd would be singing along with the audience. Then halfway through the song the rest of the band joined in to bring it home. After they finished their song for song performance of Make Yourself, came the beyond part where they played songs spanning their illustrious career. During this part of the show to the delight of all the women in the venue, Boyd pulled his t-shirt off. Kicking off this section of the show they played a new song “Into The Summer”, “Sick Sad Little World” from their 2004 release A Crow Left Of The Murder, and “Are You In” from Morning View among others.

As the band left the stage to take a well earned breather before the encore, the fans throughout the theater lit up their cell phones and were shining them all over the stage while chanting “Incubus“. What a sight it was all those cell phone lights swirling about in the dark theater. The band made their way back to the stage all smiles as they saw the sight their fans made with their cell phones. They promptly launched into an amazing version of “Anna Molly”. Drummer Pasillas started playing an extended intro to the next song, when the guitars kicked in everyone immediately knew the next song would be Incubus’s mega-hit “Wish You Were Here”. What a perfect choice song to end the night.

After 20 years, Incubus’s album Make Yourself still holds up as the masterpiece that it is. Tonight’s performance was a sonically brilliant, retelling of this seminal album in Incubus’s career. Let’s just all hope that in another ten years, Incubus will treat us all to a 13th anniversary tour of this amazing album as well as even more of their remarkable music.