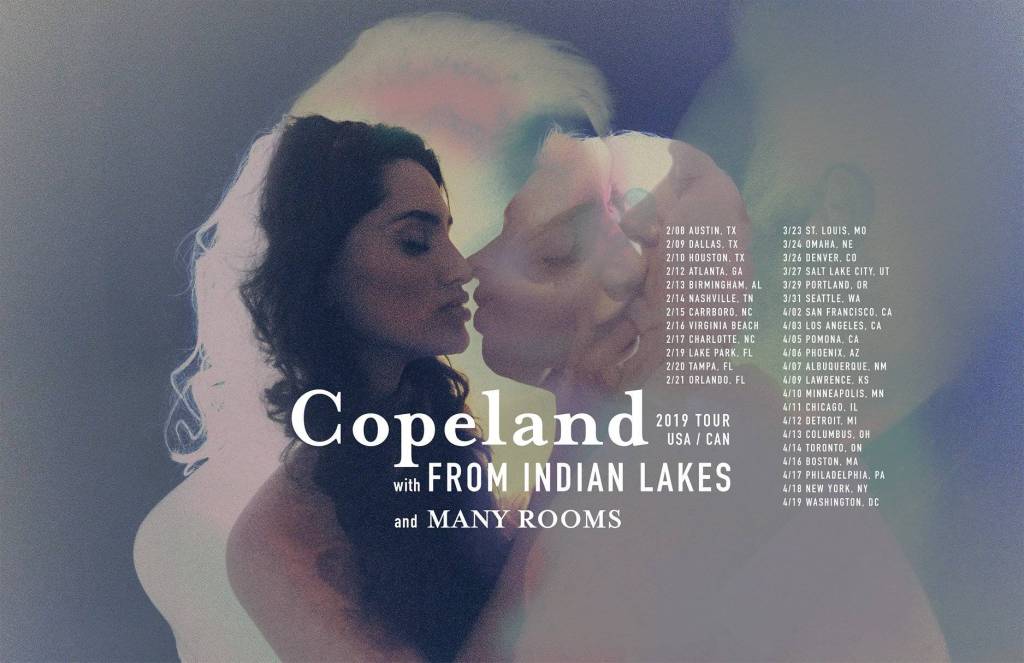 Pontiac, Michigan (April 12, 2019) – It finally felt like Spring on Friday and there was no better way to celebrate its arrival than to spend the evening at one of the best intimate venues that Michigan has to offer. A sold out crowd packed the upstairs Pike Room, located above the iconic Crofoot Ballroom,Friday night as fans both new and old gathered to see the iconic indie band Copeland. Touring with them is the indie act From Indian Lakes and musician Brianna Hunt as Many Rooms.

Many Rooms took the stage first to get the evening started. This is the first tour that featured a full band as Many Rooms usually travels as a solo act. Somber and a feeling of melancholy is what could describe the architect of Many Rooms, Brianna Hunt’s music as her haunting yet beautiful lyrics mixed with the ambient sounds of the instruments remind one of being in isolation. With every pluck of her guitar and every lyric she sang, you can tell that she poured her heart and soul into her music.

Up next was the California indie band From Indian Lakes. Combining synth with keyboards along with an intricate guitar style, then mixed with an upbeat tempo got the crowd moving right right from the start. With many in the crowd singing along to hits such as “The Monster,” “Blank Tapes” & “Sunrise,” lead vocalist Joey Vannucci acknowledged and thanked the crowd as they continued to garner new fans with every song they played.

At last, the band that everyone was waiting for, Copeland took the stage. The last time they came to Pontiac was in 2015 with Eisley and We Are The City. Four years later, they have returned to a sold out crowd in the Pike Room upstairs above venue they last played, the Crofoot Ballroom. Opening with “As Above, So Alone” from their new album “Blushing,” Copeland started off a night full of both old and new music on the right foot. The band showed off how great their new songs off their latest album sound live while also mixing in some old favorites such as “Brightest,” “Should You Return” and “Chin Up.” Lead vocalist Aaron Marsh alternated playing keyboard and guitar when needed and never missed a note. He is one of the best musicians of this generation and tonight he showed why. One of the unique features of The Pike Room is it does not have a back stage. This simple feature allowed Copeland to skip walking off the stage before the encore. So instead of the typical “wasting time backstage,” he dove right into it by playing a few old favorites which included closing their set with the fan favorite “You Have My Attention.”

Fans left the venue happy talking about how great the music was tonight. It’s a Friday night and already most of the people that attended the show have made it the highlight of their weekend. Copeland, From Indian Lakes and Many Rooms continue the last leg of their tour this week.