St. Louis, MO (November 30, 2018) – As the buzz continues to build in anticipation of the release of platinum-selling DJ and producer, Dillon Francis and Aussie superstar Alison Wonderland’s forthcoming collaboration track, the pair announces the Lost My Mind Tour — a 2019 U.S. co-headline tour. In addition to Francis and Wonderland’s solo headline sets during the tour, the pair will join forces on stage to host an exclusive back-to-back set each night. Click here to view promo trailer for the Lost My Mind Tour on YouTube.
The Lost My Mind Tour will kick off on January 31 in Madison, WI, and includes stops at Houston’s Revention Music Center on February 8 and Marathon Music Works in Nashville on February 17. The tour concludes on February 23 in Pittsburgh at Stage AE. See full itinerary below. A ticket pre-sale for fans will begin on November 26 at 10am PT, followed by a Spotify pre-sale on November 28 at 10am local time. The general on-sale launching at 10am local time on November 30. For first access to tickets and more info, visit LostMyMindTour.com.
Buzz has been building around Francis and Wonderland’s forthcoming collaboration track, which the pair teased during their respective performances at EDC Orlando. The Lost My Mind Tourannouncement follows a wildly successful year for both artists. It’s no secret that Dillon Francishas had a monumental 2018 surrounding the release of his second album, ‘WUT WUT’, which featured multiple releases leading up to the album alongside some of the biggest names in Latin music including De La Ghetto, Arcangel, Fuego, Residente and many more. Francis has opened up a lane for himself in another global market reaching a predominantly Spanish-speaking and/or bilingual audience that has long embraced dance music. Francis’ latest commercial release “White Boi” (feat. Lao Ra) was met with much excitement, immediately debuting in the Top 40 at Mexico’s Spanish Pop radio upon its release. This year has also brought Francis numerous career milestones, including nominations for both a Latin American Music Award and Latin GRAMMY Award respectively for his collaboration with Puerto Rican superstar, Residente on their song, “Sexo.” 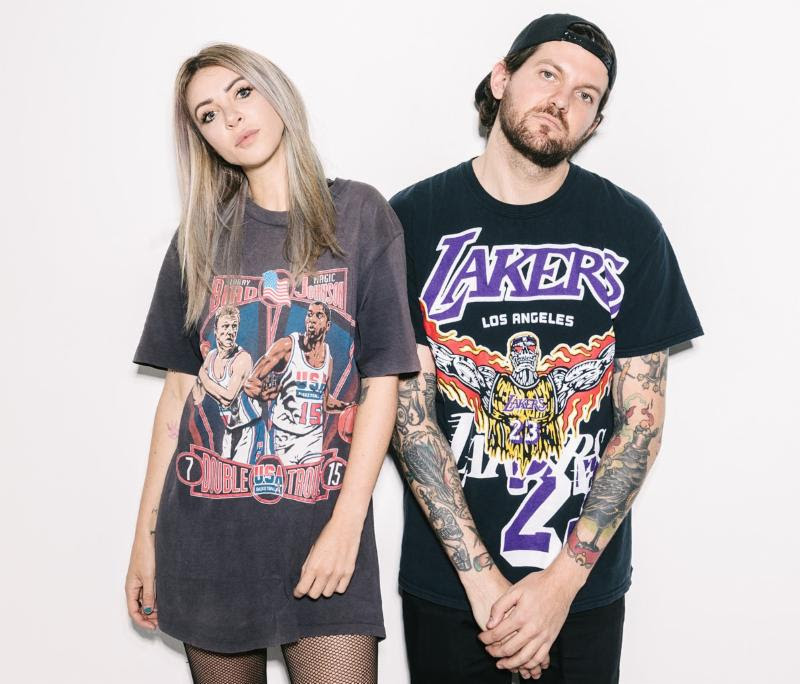 Averaging over 4 million monthly Spotify streams, platinum-selling DJ and producer, Dillon Francis achieved a string of smashes, including the #1 Dance Radio Airplay hit “Anywhere” [feat. Will Heard], “Candy” [feat. Snappy Jit], #1 Billboard ​Dance Club Songs chart-topper “Coming Over” with Kygo [feat. James Hersey], and the RIAA platinum-certified “Get Low” with DJ Snake — which surpassed 500 million worldwide streams. Francis initially made history in 2012 as “the first moombahton artist to achieve the number-one spot on Beatport”​ with the Something, Something Awesome​ EP. In 2014, his major label debut album, Money Sucks, Friends Rule ​[Mad Decent/Columbia Records], landed on Rolling Stone​’s “Top Electronic Albums of 2014” list and boasted a myriad of diverse collaborators such as Twista, Brendon Urie of Panic! At the Disco, Major Lazer, and more. Meanwhile, 2015’s follow-up This Mixtape Is Fire​ EP bowed at #1 on Billboard​’s Top Dance/Electronic Albums Chart.

Alison Wonderland architects a world of her own design as its chief author, creator, and voice. The Sydney-born and Los Angeles-based singer, producer, songwriter, and DJ realizes this vision at the intersection of future-facing pop, explosive beat-craft, and eternal dance rhythms. Since emerging in 2009, her sound inched towards mainstream ubiquity as the sonic sorceress received the “Highest Female DJ Billing Ever at Coachella,” captured #1 on the Billboard Top Dance/Electronic Albums Chart twice consecutively with Run [2015] and Awake [2018], headlined sold out arenas around the globe, and clocked upwards of 100 million streams by 2018. Not to mention, ELLE proclaimed her one of its “Women On The Verge,” and she garnered features from FADER, Glamour, Seventeen, Interview, Wonderland, Chicago Tribune, and Du Jour. Simultaneously, Alison’s Radio Wonderland show clocked 5 million-plus iTunes downloads, broadcasting to over 20 countries and featuring on the SiriusXM channel Diplo’s Revolution.
Dillon Francis: