When you’re going to start a new festival, you might as well start one that’s cool. The Smoky Run Music Festival is that cool first-year festival you won’t want to miss. Packed with Americana, Folk, Rock, and Bluegrass it is nestled in the rolling hills of Butler (OH). With a lineup set to bring some of the coolest vibes this side of the Mississippi, it all starts June 28th and continues through June 30th. Featuring 28+ bands, camping, activities for the kids, and much more. 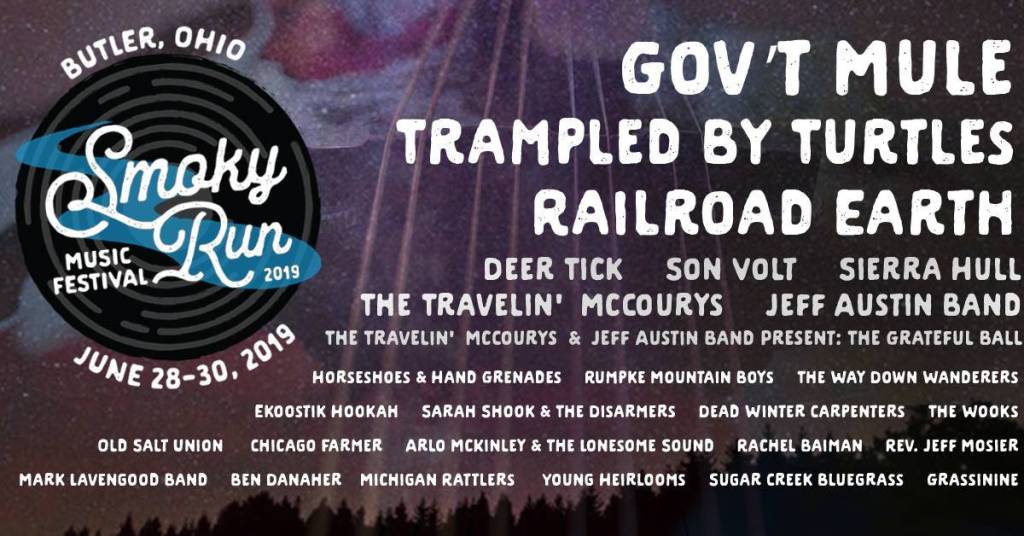 In the typical festival lineup formula, there are your heavyweight headliners and direct support, and then a mixture of established and maybe not so much household name bands. That’s what makes the experience so good at a festival like this. You might just take home a little something from a new favorite band or bands. In any case, you are sure to have a great time.

We have put together this preview, all of the bands in one place, for your ease to check them out ahead of the festival. We have also included all website and social media links to make previewing the bands a breeze. Check ’em out, hit ’em up, and if you dig it, give their socials a follow.

The Way Down Wanderers