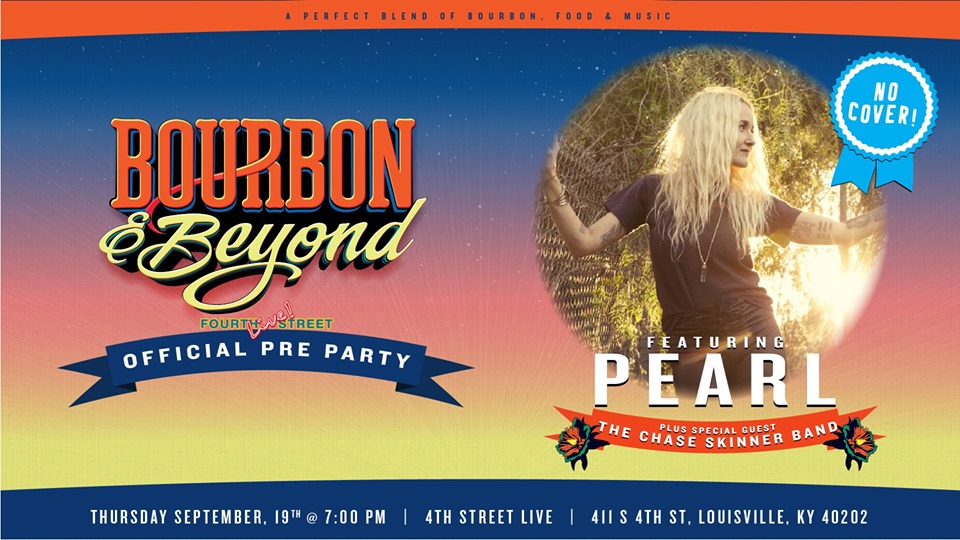 With excitement filling Louisville (KY) in anticipation of the upcoming three-day Bourbon & Beyond – Fourth Street Live was abuzz on Thursday.

The official pre-party featured Pearl. With a blend of Country and Rock, they put on a great hour-long set.

Bandleader and vocalist Pearl Aday showed her softness and power vocals. Dedicating her song Mama to her sister, who was in attendance, was just one of the show’s highlights. Her recent album Heartbreak and Canyon Revelry is a departure from her debut rock-infused music. Self-described as California Country, her songs are touching, well written, and delightfully performed.

She will be opening the main stage at Bourbon & Beyond on Friday, September 20th at 11:30.