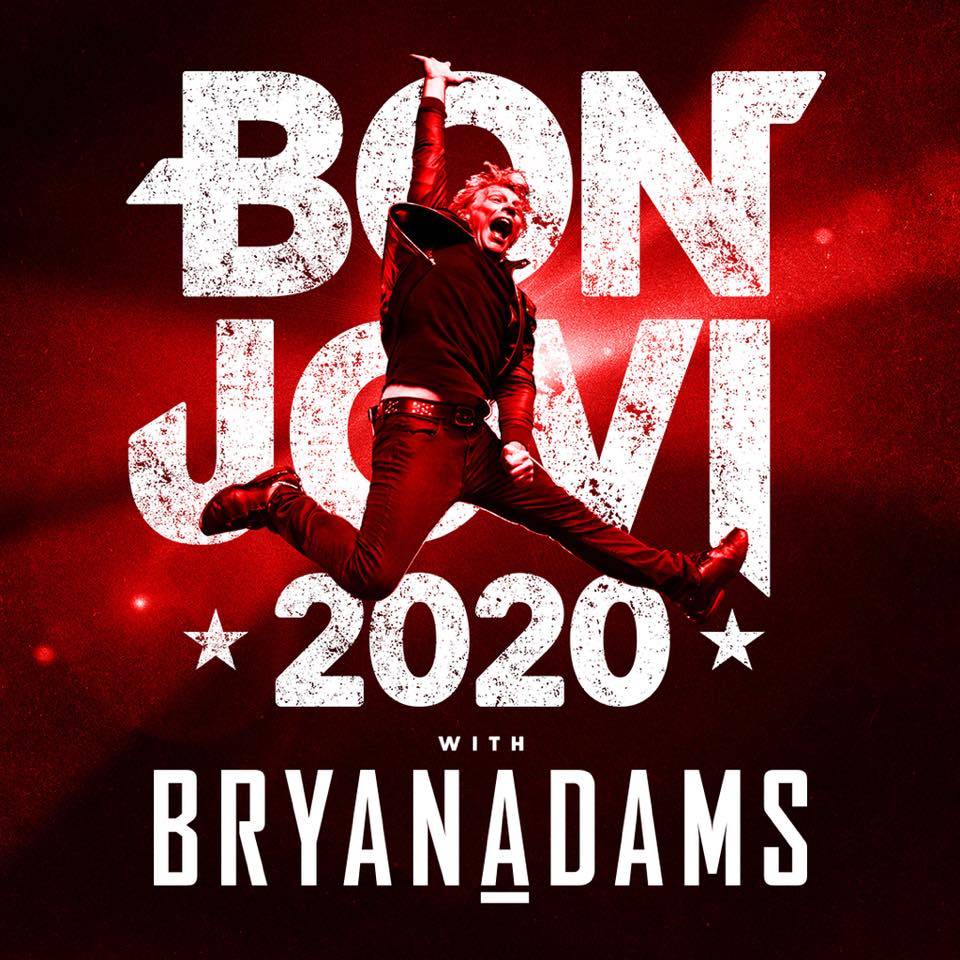 Tickets On Sale To The General Public Starting Friday, January 24 At LiveNation.com

Rock and Roll Hall of Fame band BON JOVI has broken every touring record imaginable, topped every chart, and received every accolade, and now has their sights set on kicking off 2020 with new music and touring. The Grammy Award winning band announced the Bon Jovi 2020 Tour today, presented by Live Nation, will start in the U.S. this June and play arenas across America.  The Bon Jovi 2020 Tour will feature Bryan Adams.

Recently named by Pollstar as one of the top touring bands of all time with nearly 10 million tickets sold in just the last decade alone, the magazine said:  “One can count on one hand the number of rock bands that broke out in the 1980s that are still successfully touring today, but doing so with fresh, new music that retains the authenticity that is at the heart of the best in rock ‘n’ roll.”

Jon Bon Jovi has spoken in recent interviews of the depth and breadth of a forthcoming album, set for release later this year from Island Records.   Fans will get exclusive access to that album; every ticket sold includes one CD copy of Bon Jovi 2020.

Over an illustrious career spanning more than three decades since their formation in 1983, Bon Jovi has earned their place among global rock royalty and was inducted into the Rock & Roll Hall of Fame in 2018.   With over 130 million albums sold worldwide, and extensive catalog of hit anthems, thousands of concerts performed in more than 50 countries for more than 35 million fans, and ticket grosses well over $1 billion around the world in just the past decade, Bon Jovi is the consummate rock and roll band.

Bryan Adams is one of the most exciting live musicians in the world and his energetic performance, effortless stage presence and incredible vocals are guaranteed to thrill and entertain. Adams’ influence extends four decades, over which time he has released 14 studio albums. His most recent recording, Shine a Light, whose title track was co-written by Ed Sheeran, debuted at number one on the album charts in March of 2019.  The album also features a duet with Jennifer Lopez. His song writing has garnered him numerous awards and accolades including three Academy Award nominations, five Golden Globe nominations and a Grammy Award. Bryan Adams is a Canadian singer / songwriter who continues to tour the world playing his music which has become a mainstay on rock radio.