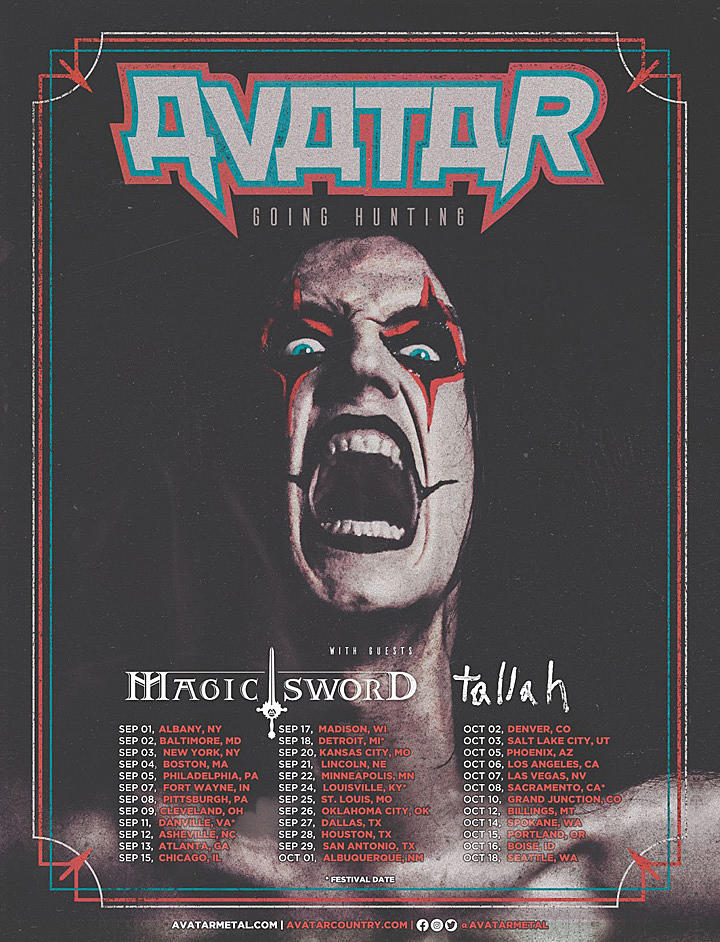 As summer fades to autumn and the weather turns colder,hunters take to the field for their yearly rites of passage. This fall however the Swedish band Avatar fans will certainly be hunting for concert tickets as the band has just announced a fall U.S. headline tour.

The band, who released their Hunter Gatherer album in 2020, will get a chance to put some of that new music on full display as they hit the road in September and October. The trek gets underway Sept. 1 in Albany, New York weaving across the country before concluding on the West Coast Oct. 18 in Seattle.

About touring again, the band states, “We have announced many tours over the years, and every time we say that we couldn’t be more excited. Well, this is the tour that was supposed to be announced a year-and-a-half ago. A year and a half which has felt more like a lifetime. Saying we couldn’t be more excited is an understatement. Never before have we ever been this hungry and passionate to create a show for you and for ourselves. We are not leaving anything behind. This show will be the most beautiful, angry, entertaining and honest production we have ever done. We are sparing nothing. We live and die for this. We are Going Hunting!”

The tour will feature support from Magic Sword and Tallah. Tickets go on sale this Friday (June 11) at 10AM local time via the band’s website. See all of the stops for the run listed below.