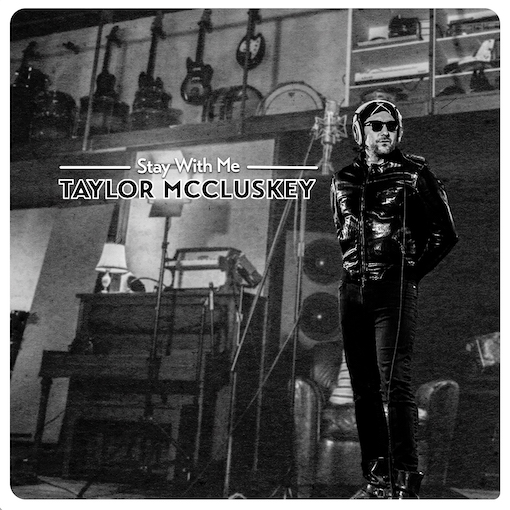 Rising alternative rocker TAYLOR MCCLUSKEY has just released a new Glen Robinson (KEITH RICHARDS, GEORGE MARTIN) produced single titled “Stay With Me” from his forthcoming album. The new release is accompanied by a live audio/video version that highlights the raw essence of “Stay With Me” during a intimate live session in Montreal with MCCLUSKEY and his band.

Commenting on the new single and his return to performing MCCLUSKEY states: “Stay With Me is about getting clear and realizing that my life has more gifts and beautiful moments to enjoy, and moments that transmit waves of positivity and balance. It’s in that balance where I let go of toxic people, places and things”

MCCLUSKEY and Glen Robinson, producer and fellow member of The MFICs, recorded, mixed and mastered “Stay With Me” as well as the recently released singles “Freedom Fighter,” “Young Blood” and “Bulletproof” from MCCLUSKEY’s upcoming album. The two were joined by The MFICs’ members Andrew James and Zak St. John who performed bass and drums, respectively, on the tracks. Check out the video here.

TAYLOR MCCLUSKEY is a Montreal based (By way of Sacramento, CA) musician, filmmaker and actor who’s living at the intersection of film and music. As a actor he has appeared in films like Transformers: Dark of the Moon and Star Trek (2009) and multiple TV shows. On the musician side of the street he is the founding member of The Maddest Of Madmen and The MFICs and has made four solo albums, the most recent being 2020’s Star God.