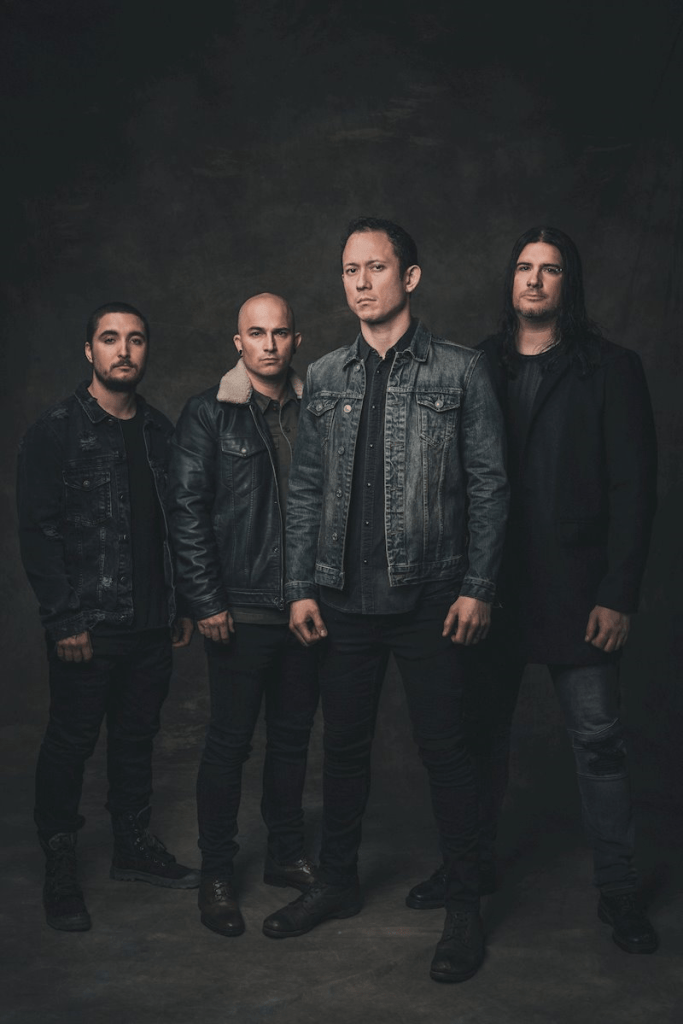 In October of 2017, Trivium released their eighth album The Sin And The Sentence to critical acclaim and a well-deserved Grammy Award nomination for Best Metal Performance. In the following two and a half years since, the band has toured, Matt Heafy the lead singer became a father and as we all know the world was hit by a pandemic. Despite all of the fore-mentioned challenges, the Orlando Fl. based quartet also managed to get into the studio and record their ninth studio album, What The Dead Men Say.

With all the accolades that The Sin And The Sentence received, the question the band faced was how do you create an album that tops a Grammy Award nominated release? Simple, you create an album that builds on all of its success and make sure it is  better. That is exactly what the guys in Trivium have done with What The Dead Men Say. Over the course of the ten tracks and forty-five minutes, Trivium delivers a musical inspiring shotgun blast to the gut that leaves you weak in the knees yet thoroughly satisfied with the overall delivery and direction of this album.

Kicking things off is a two minute instrumental introduction simply titled “IX”. The riveting introduction not only serves as the gateway into the album, it allots the listener a perfect segues into the second track “What The Dead Men Say”. From the second vocalist Matt Heafy shouts “Go” you are literally strapped onto a missile that is launched into orbit. This unrelenting track not only showcases the musicianship of the entire band, but also some killer song writing. Musically It is filled with incredible solos and a chorus hook that will have you singing to yourself long after the album is over. Much of the same can be said about the following track “Catastrophist”, which was the first single to be released. Heafy’s vocals on the cut highlight his vast range along with a silky smooth delivery, which to us are some of the best of his career. Instead of relying on youthful angst to deliver the emotions of the song, he delivers with a somber mature approach that can only be achieved with the experience of a twenty year career.

One highlight that needs to be mentioned is the drum work by Alex Bent. Having come aboard midway into Trivium’s previous album, Bent had to follow in the direction that had already established. This time around on What The Dead Men Say, he had the opportunity to step up and show he belonged. Not only did he step up, but his work provided the band a cohesive and consistent sound that had been missing. Throughout the album Bent was in lockstep with bassist Paolo Gregoletto as if they had been playing together for years. “Bleed Into Me” is an example that steps out and showcases the direction the pair have established between each other. Paolo Gregoletto lays down some incredibly powerful bass work throughout the song, while Alex Bent creates a rock solid foundation on drums that adds to the rhythm and exquisite layering of the cut, while not overshadowing his bandmate during the process.

“Sickness Unto You” clocking in at 6:14 is one of the longest tracks on the album. While this may seem unusually long, this musical odyssey goes by in the blink of an eye. Guitarist Corey Beaulieu gets a chance to truly showcase his formidable chops by creating a musical journey instead of just ripping off solos at the appropriate breaks in the song. Throughout the  album his guitar work, mixed alongside fellow guitarist Matt Heafy makes you wonder why these two aren’t in the conversation of great guitar duo’s.  The final song on the album “The Ones We Leave Behind” ends the album just as it started; a full throttle blast of powerhouse guitar work by both Heafy and Beaulieu that leaves the listener awestruck .

What The Dead Men Say is a cumulation of Trivium’s career. You can find every bit of their past in this album, yet it is their most mature release to date, showcasing everything that they have become. From the superb musicianship, to the intricate arrangements and the sheer aggression, Trivium has created an album that will leave you breathless and wanting more.

What The Dead Men Say

Amongst The Shadows And The Stones

Bending The Arc To Fear

The Ones We Leave Behind