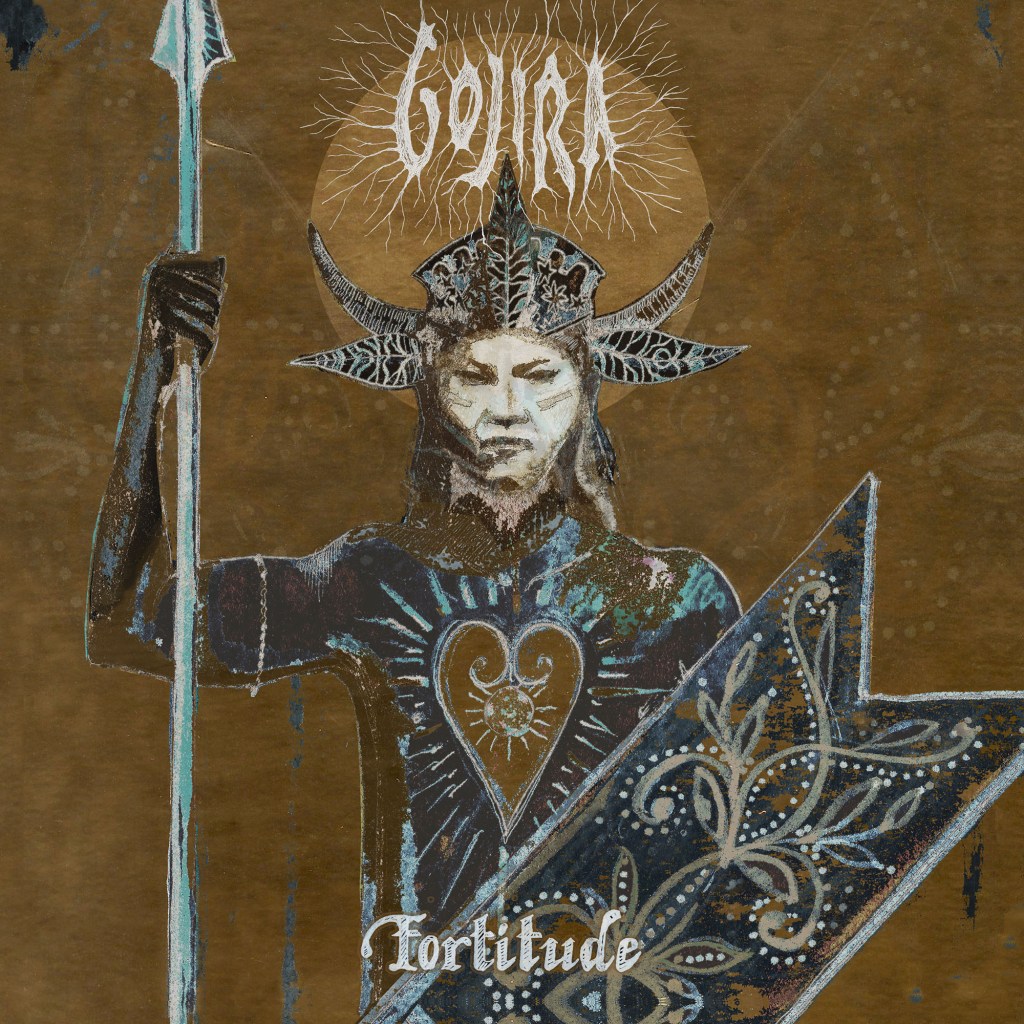 When you think of the country France, two things come to mind haute cuisine and Gojira. Coincidentally, both are the finest export that country has to offer. While Gojira hasn’t been around anywhere near as long as French cuisine, that hasn’t stopped them from cooking up some of the heaviest music since their inception in 1996.

Over the course of their first four albums, Joe and Mario the Duplantier brothers along with Jean Michel Labadie and Christian Andreu carved themselves quite a niche by crafting some of the heaviest music to be served up.  By 2012 things began to shift with the release of L’Enfant Sauvage. They began to take on a more melodic approach.  With the arrival of their sixth album Magma, they reached the point of commercial crossover success by combining their trademark heaviness while injecting even more melody into their work.

After five years, Gojira has finally come up with an answer to their bestselling album Magma. Fortitude takes that next leap forward in the evolution.  The album comes out swinging with “Born For One Thing”. As it is also the first single off the album, it is a statement piece. For everyone that feared they might go too far towards being melodic with the new album, rest assured they have still all their trademark heaviness that their early fans crave. Yet they have masterfully injected in hooks a plenty into this track steeped in philosophical depth on how we are supposed to live our lives.

Without slacking off for a second, they launch into “Amazonia”. Sometimes in French fare the chef will create a dish out of things that you thought will never blend. But when they put the ingredients together just right, an incredible dish has been created.  If someone said that Gojira would be combining the instruments of indigenous Amazon tribes along-side their normal equipment, you would question how they could possibly pull something like that off.  Right from the start with its twanging introduction you know they whipped up yet another masterpiece with this song about how we are devastating the Amazon.

“Hold on”, is the first change up on the album.  Starting off with acapella chanting that is eventually joined in with the Mario Duplantier’s drumming in a tribal like fashion. As the rest of the song builds with power chords and its groove metal feel, it carries you away with its taught arrangement and superb musicianship. Gojira clearly has no intensions of letting up at any point in this album no matter the song, much to the benefit of anyone in earshot.

More surprises are in store with the title track Fortitude. This deceptively simple instrumental song that is accompanied with chanting has an almost meditative feel. As you are being carried away on this sonic journey, you get seamlessly transported into “The Chant”. With the same beat and chanting as the previous track, they build on it with riffs that are a mix of blues and Sepultura. Between the combination of clean vocals, growls, and all the hooks in it this is a song that will draw new blood into their fanbase.

The penultimate track “The Trails”, is the quietest of the collection. Not quite a ballad as it retains elements of heaviness. But Joe Duplantier’s delivers clean and earnest vocals throughout the song. It’s songs like this that show how musically capable Gojira is.  They close things out with “The Grind”. This song encompasses everything that Gojira is to date. It blends every aspect of what they brought to the table on Fortitude perfectly, without compromising everything that Gojira has done in the past.

Joe Duplantier did a masterful job producing Fortitude. He let songs breath where they needed to breath and kept them taught where that needed to be done as well. Of course, he never let his concerns for the environment waver and deftly weaves this into much of the music. Like French cuisine at its finest, Fortitude is rich, complex and needs to be savored over and over to taste all the delicious layers that Gojira has served up.