Cleveland area music lovers and concertgoers have probably had the chance to catch up with echostep at some point over the last couple of years. The rest of the world might be lagging behind on these up-and-comers, but if they have something to say about that, they just did – on two new tracks. 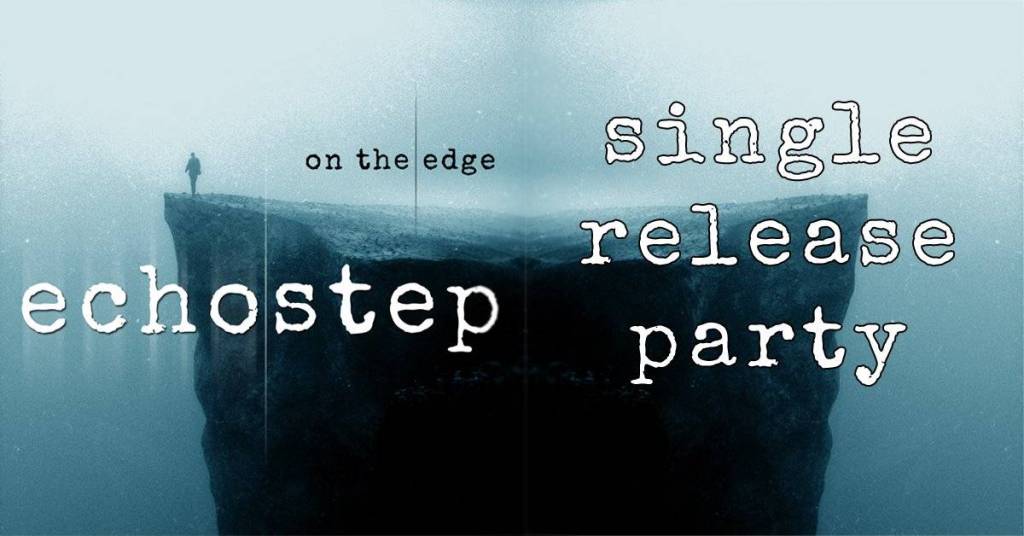 Based out of Cleveland (OH) echostep is fronted by James Patrick Young with bandmates Nate Baker, Marc Sotak, and Mike Demagall. They have a very unique alternative style that takes newer alternative electronic music and fuses it with the great styles from the eighties.

Drawing on influences from some of the best of the eighties and nineties alternative/electronic genres, their first release Pictures in the Sky was a transcendent trip through those influences.

Of course, being from Cleveland James was bound to eventually draw upon inspiration from other Cleveland natives. This new two-track release leans heavily on the sounds introduced by Trent Reznor and Richard Patrick decades ago.

The edginess is apparent from the onset of On The Edge. This differs from echostep’s previous music and seems to draw heavily on the live sound. James’ vocals are as breathy and on-point as anything they have previously released. The cut-off guitar riffs are definitely unique and give this song its identity along with heavy beats from the drums. The song structure weaves in and out of textures while building up to the heaviest parts of the song until it drops back down to electronic music bliss in spots.

The b-side is also absolutely spectacular. Tackling their version of Erasure’s A Little Respect might have been ambitious, but they knock it out of the park. This version features huge pounding drums under James’ perfect vocal tracks as the other instruments superbly fill in the track. If this song was added to a popular alternative Spotify playlist today, this would open the door for echostep across the nation and beyond. Not many cover songs are this much better than the original – wow!

Both tracks deserve high praise and are just another step in the artistic evolution of echostep.

Check out On The Edge (Official Video)

Two solid singles coming at you for your music consumption. The new single will be officially released on March 8th, at The Odeon Concert Club in Cleveland, Ohio where they will be opening for Puddle of Mudd. With the addition of an awesome upgrade to The Odeon’s lighting system recently, this will be one fantastic show. We will see you there!