Can’t Swim surprises and satisfies with new album This Too Won’t Pass out November 16th via Pure Noise Records.  This Too Won’t Pass has interesting new vocal mixes in addition to the smooth and course contrast fans are accustomed to. This Too Won’t Pass doesn’t sugarcoat the subject matter. With no shortage of glass half empty outlook, This Too Won’t Pass explores the idea that time will not heal all wounds. With standout percussion and the distinctive vocal talent of Chris LoPorto, Can’t Swim ventures into new territory with the mix and vocal compositions while keeping the instrumental composure fans know and love. 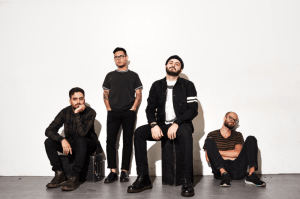 “Hell In A Handbasket” is a standout for fans of the Fail You Again album sound; blending the lulls and gentle melodies with crashing choruses ripe with intensity.  “Congratulations, Christopher Hodge” feels familiar to the elements in Fail You Again but the chorus holds new complex facets that will give listeners an idea of the evolution of the sound.

This Too Won’t Pass has something for fans from the original album Death Deserves a Name as well as new recruits looking for edgy and complex alternative rock. Can’t Swim begins touring in support of the album joined by, Trophy Eyes, Hot Mulligan, Seaway and Microwave, November 16th through December 18th. 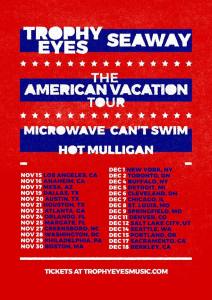 Check out the Official Music Video for “My Queen” from This Too Won’t Pass here: