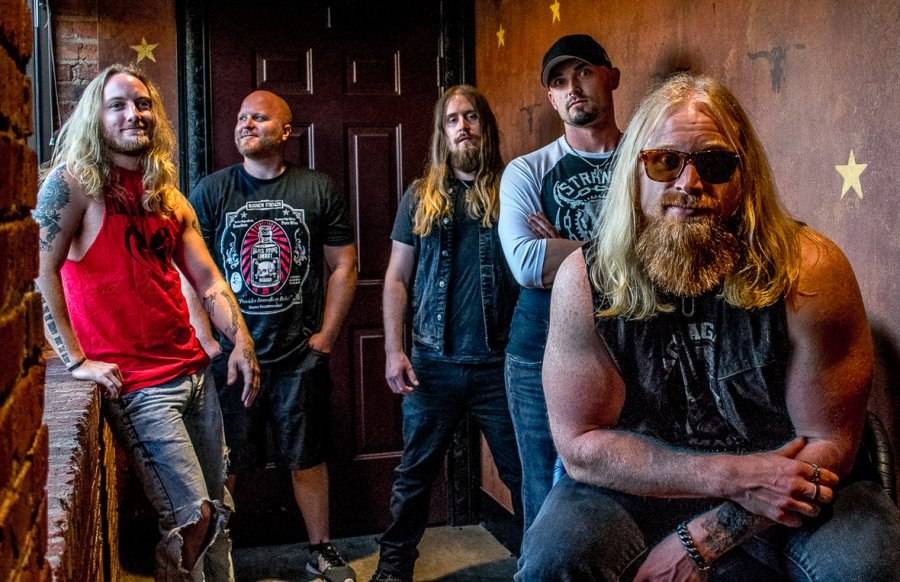 On September 13th 2019, Texas rockers Blacktop Mojo will be releasing their third album Under The Sun. Building on their first album I Am, they released Burn The Ships, which garnered them lots of very well deserved attention. Especially considering that they did it on their own without the help of a major record label. With their third effort, the question is will the guys from Palestine Texas be able to deliver the goods yet again? When they covered Aerosmith’s “Dream On”, and Phil Collins” In The Air Tonight” and proceeded to get millions of views and with them playing sold out show after sold out show, the bar was instantly raised for them. The first few seconds of the track kicking off Under The Sun, “Lay It On Me”, are filled with Nathan Gillis’s thundering drum work and dueling distortion laden guitar work of Chuck Wepfer and Ryan Keifer. If you are a fan of hard rock mixed with the blues, then you will be in heaven right from the get-go. If you are worried that things will fade as the song goes on, no worries there. This song flat out rocks. If this song is any indicator for the rest of the album, then this release is going to be one hell storm of an album that will put a lot of major label recordings to shame. “Keep” does an amazing job of showcasing the talent level of the band. Every member from bassist Matt Curtis, to drummer Nathan Gillis, both guitarists Chuck Wepfer and Ryan Keifer, and of course singer Matt James all have nice moments throughout the song and manage to do it without sacrificing the song just so each member has a chance to show off their skills. While it’s hard to call any song on this album a standout, as they are all great songs in their own right, “It Won’t Last” is striking as it is a slower song than one is used to hearing from these guys. This number is dripping with blues straight out of a Texas Roadhouse. It has every bit of power as their up-tempo songs have. Singer Matt James vocals will send chills down your spine when he lets out an unearthly howl just before an incredibly fiery guitar solo that can only be described as perfection. The first single off this album “Can’t Sleep” has already garnered over one hundred and forty thousand views on YouTube and still counting. This is no surprise considering just how well crafted this song is. Every song that follows is equally good. The down tempo “The Lashing (Ghost)” is just another example of how Blacktop Mojo doesn’t need to have a rocking guitar driven sound to make a great song. One thing that is obvious is the level of craftsmanship that has been put into each song. Not a note or lyric is out of place. After listening to Under The Sun, about the only thing you will be able to do is start it over and see if your ears deceived you. This ten song album does more than deliver on the lofty promise that Burn The Ships showed everyone. Under The Sun is a statement piece that says hard rock steeped in the blues as well as Blacktop Mojo are very much a force to reckoned with.

Pre-Order Under The Sun