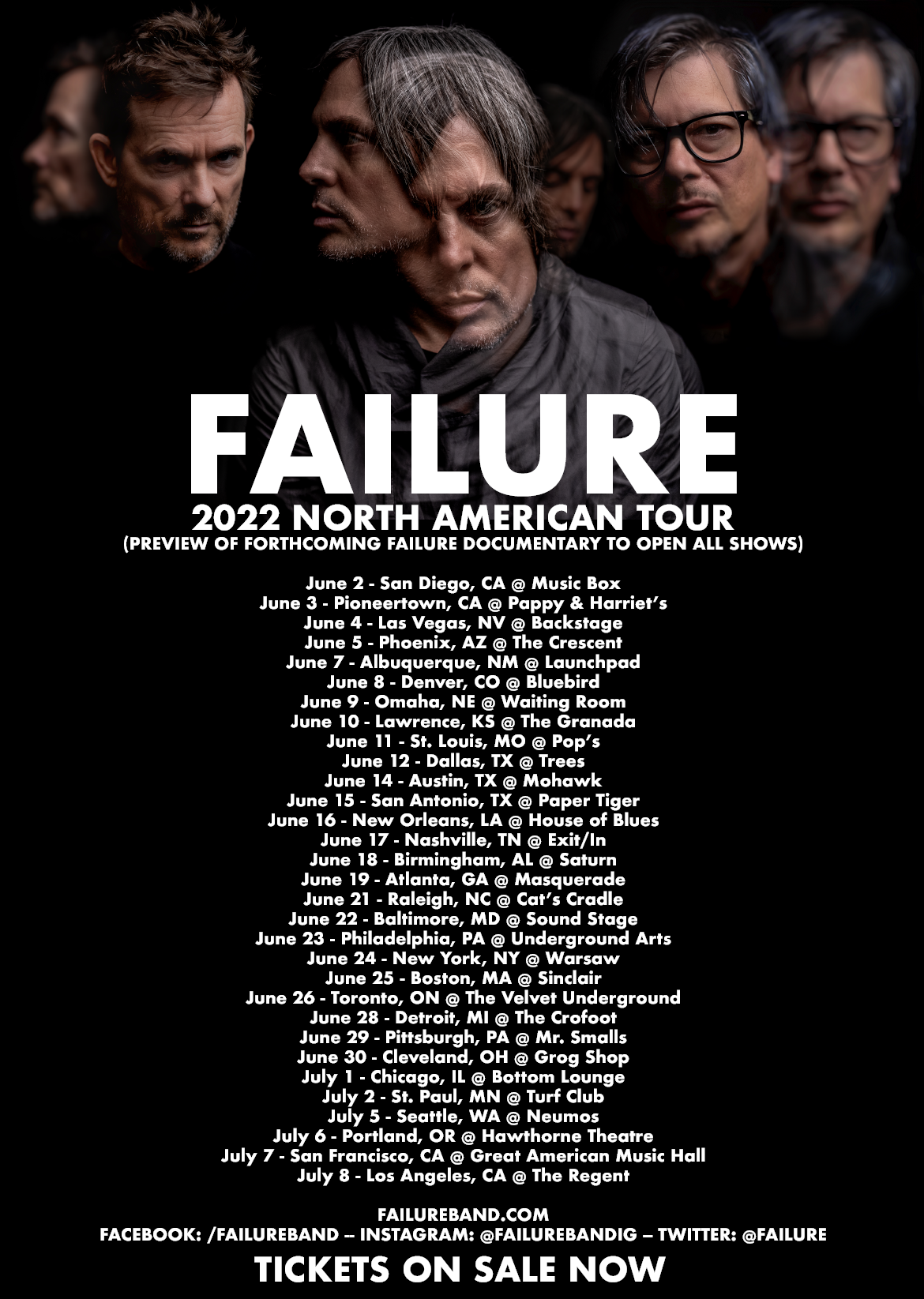 Ken Andrews said of the live outings: “I have not been this excited to bring new material to the stage since Fantastic Planet. Prepare yourself for an out-of-body experience.”

The dates, which kick off on June 2 in San Diego and run for five weeks before culminating in a hometown show at Los Angeles’ Regent Theatre, are on-sale today at 10 am local time. All shows will open with a special preview of the forthcoming Failure documentary. 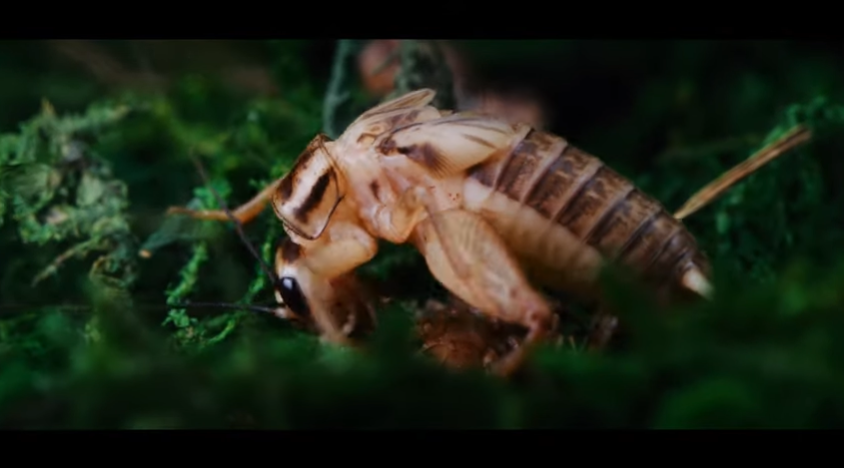 Wild Type Droid (https://failure.ffm.to/wildtypedroid) arrived in December via the band’s own label, Failure Music. Rolling Stone called the 10-song collection “incredibly expansive,” Guitar World described the album as “one of the most inspiring alternative guitar records to arrive in 2021,” and Paste Magazine said the trio “make a career-defining statement.”

“To me, it captures a lot of the new musical approaches and techniques we were going for on this album, but somehow is still quintessential Failure,” Ken Andrews explained as news of the album was revealed. “We’ve been together long enough to know that some of our best ideas come directly from these experimental sessions. For this album, we simply cultivated that methodology for a much longer time than we have in the past. It brought out the trio aspect of the band. There was a feeling we could really push the individual parts further away from each other and let the more interesting and challenging combinations take center stage.” 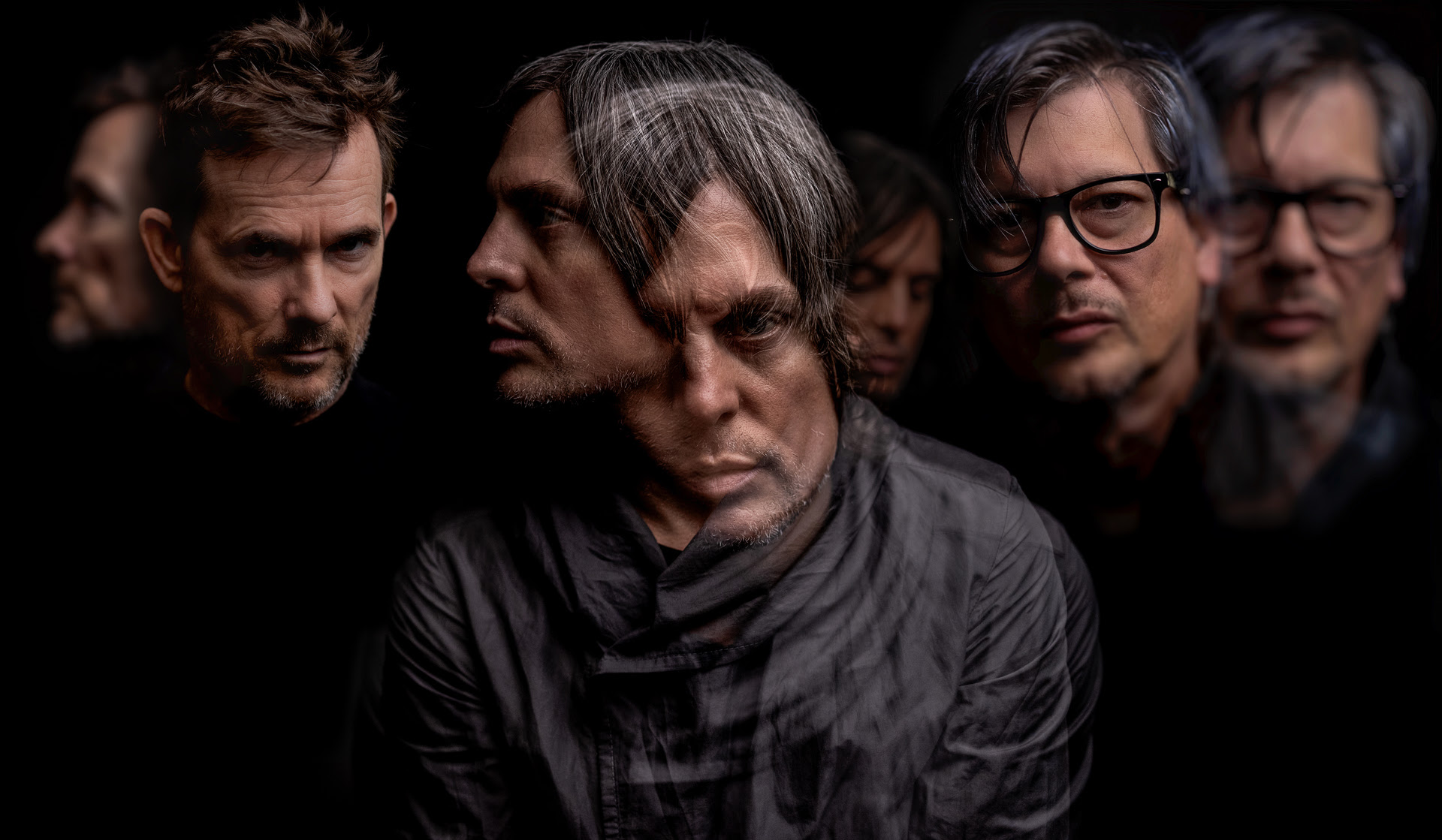 Failure is Ken Andrews (vocals, guitar, bass, programming), Greg Edwards (vocals, guitar, bass, keys), and Kellii Scott (drums, percussion). Forming in early ‘90s Los Angeles, the trio have released six albums: Comfort (1992), Magnified (1994), Fantastic Planet (1996), The Heart Is A Monster (2015), In The Future Your Body Will Be the Furthest Thing from Your Mind (a series of EPs released as an album in 2018), and Wild Type Droid (2021). The group is considered one of the era’s most influential rock bands with Vice, in an all-encompassing retrospective upon the band’s return saying: “While many of their contemporaries became prolific by releasing an ungodly amount of materials, Failure’s [initial] three-record catalog is minuscule, but just as important in terms of content, style, and music texture.”