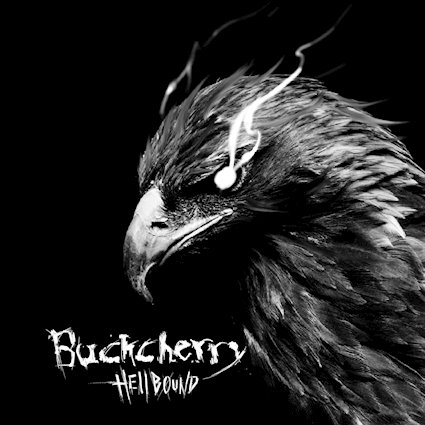 “‘Hellbound’, our new record that’s gonna drop June 25th, it’s gotta be the best BC record, and I’m not saying that just ’cause we’re about to drop it. It’s really amazing. We worked really hard on it. We just channeled all that energy into writing songs. Yeah, we wrote a lot of songs. We wrote  almost 30 songs for a 10-song record. So it just goes to show you how thorough we were, and it really paid off.”……..Josh Todd.

Rock and roll is a very fickle description thats thrown around freely when discussing genres. Often when artists hit on a distinctive style that is commercially successful, they are unceremoniously lumped into a specific sub-genre such as metal, hardrock or any of the other multitudes that currently exist. Fair or not, the associated song or musical style often define a career path that all future releases are compared. SoCal hard rockers Buckcherry return to the forefront June 25th, with their ninth studio effort Hellbound, that crushes the associated sleaze and glam rock stigma while preserving the familiar sound developed during their 2 decade plus career.

For Hellbound, recent lineup changes have allowed the band to finally reunite with producer Marti Frederiksen who not only helped create Buckcherry’s fourth album (Black Butterfly) but also co-penned one its biggest hits of their career “Sorry.” Intent on recreating that magic once again, Josh Todd and guitarist Stevie D worked alongside Frederiksen writing and developing the arrangement that was finally recorded in Nashville in the fall of 2020. Out of the 10 cuts that made the album, 5 were written by Frederiksen. The new album also represents the first album released by Buckcherry and their new label partners, Round Hill Records in North America, Earache Records in the UK, Europe, and Australia, and Sony Japan in Japan.

The new album finds Buckcherry relying on more of a modern classic rock styling mix, featuring some AC/DC and Aerosmith licks that are encapsulated within the arena of modern rock, yet delivered with a more mature approach than fans have been accustomed. Yes, you still get the assortment of classic rock, post-grunge and punk thoughout the scope of the album plus a few well placed surprises all delivered in that discernable Buckcherry flavor.

Hellbound opens with a incidiary countdown that lauches directly into the driving hard rocker “54321.” The song itself isn’t a punk rock derivative per se, but it mixes the attitude with blazing guitar riffs that create a formidable rock tune that should become a staple at every Buckcherry show. The cut is reminiscent of the bluesy rock howl of Velvet Revolver’s “Sucker Train Blues” and sets the expectation for what’s to follow.

“So Hott” the first release and video from the album picks up where “54321″ ended. A scalding riff inspired by the skull-rattling underground rock days of lore mixed with a infectious chorus that evokes memories of past rock and roll conquests.“Hit the ground running..Let the devil in…Let your body talk and you do your walk..Breaking hearts again, yeah.”

“Hellbound,” the title track and second release of the album, takes a step back in time and features a distinct AC/DC guitar riff and lyrical arrangement that even Brian Johnson would be proud of. Josh Todds vocals are spot on while singing, “We tore the place up..But we didn’t tear it down..Everybody got a cut and there was more to go around. Now we’re hellbound.”  Buckcherry isn’t delving into new territory with this cut, but longtime fans along with first timers will find more than enough substance here to make this a playlist regular. In our opinion this is THE cut of the album.

The second half of the record comes out swinging with the hot and heavy “Here I Come” which favors the obligatory searing guitars and lyrics that are remarkably pleasing to the ears. It is one of the harder cuts off the LP and feels like a shot of adrenaline that keeps the budding momentum intact. “Junk” is another high energy piece which works off the back end of a huge guitar riff. The cut has a wicked chorus hook that will grab the most stoic fans attention while simultaneously allowing the direction of the album to flow without disruption.

“Gun” features an opening harmonica riff with great a bluesy feel. If Todds lyrics dont get you on this one,the searing guitar work will. Dont sleep on this one, this may be the most overlooked cut on the LP. As most high powered albums go, a stragically placed ballad slows down the tempo just enough to give the listener a breather. Hellbound contains two; “Wasting No More Time” and “The Way.” Neither is the quaint offering that you might expect find on other artists LP’s by any means . Both are pure rock and roll power ballads that feature intricate guitar work laced between Josh Todds raw, yet intimate vocals. Aesthetically pleasing at first listen, then undeniably open and structured, both cuts should be the poster child of what all rock and roll ballads should strive to be.

The 10 song Hellbound concludes with “Barricade,” a multifaceted modern rocker that fuses the traditional heaviness that Buckcherry fans have become accustomed with a sweeping melody that satisfies the senses. The cut finally culminates with a masterful guitar solo that puts the finishing stamp on a excellent, extremely well balanced offering from Buckcherry.

Buckcherry has been to the top of the mountain with some very good LP’s and to the precipice of extinction with some clunkers. Somehow they manage to reinvent themselves when the pressure is on and create a body of work that raises the bar both sonic and lyrically. Josh Todd said in a recent interview ,“it’s gotta be the best BC record and I’m not saying that just ’cause we’re about to drop it. It’s really amazing” and we wholeheartedly agree. This album is not just a release to stay relevant at this point in their career whatsoever. Buckcherry has found the long missing elixir and created an album that reestablishes themselves as a force in rock and roll. Their trademark sound has grown while Josh Todd has matured as vocalist. Hellbound is the crowning addition to Buckcherry’s discography. Casual fans won’t find a ton of surprises here, but real fans will relish the bevy of well produced, high energy rock and roll cuts that will keep the most ardent music aficionados fully entertained.