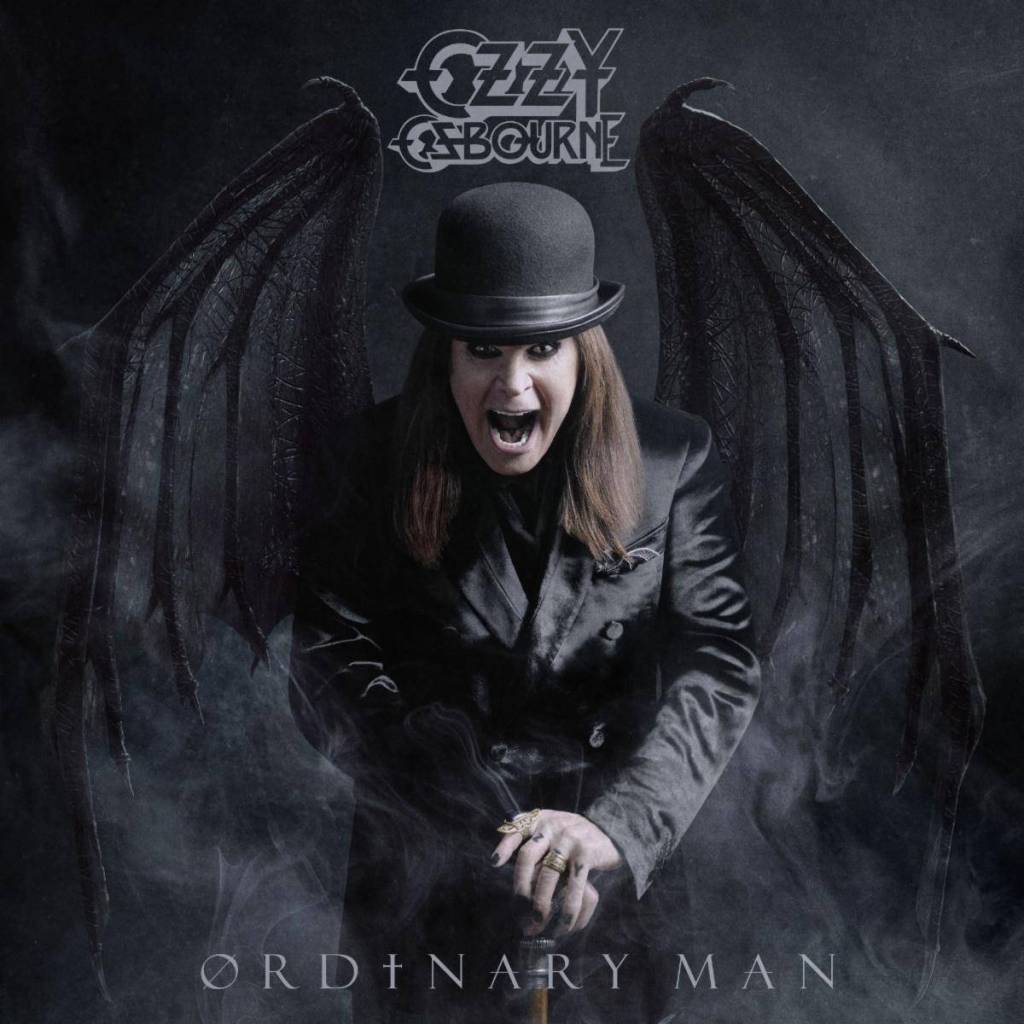 Thursday, February 20, 2020, global tattoo event and album listening party in 50 more than cities around the world

To be followed by in-store signing at Amoeba Records in Hollywood, CA, on release day: Friday, February 21, 2020

SRO (February 7, 2020) – On the eve of the release (February 20) of Ozzy Osbourne‘s Ordinary Man (Epic Records), more than 50 cities around the world will host celebrations for the largest global tattoo sale and album listening event in history. This will be followed by the Rock and Roll Hall of Fame inductee and Grammy®-winning singer and songwriter appearing at an in-store signing at Amoeba Records in Hollywood, CA on release day (February 21). 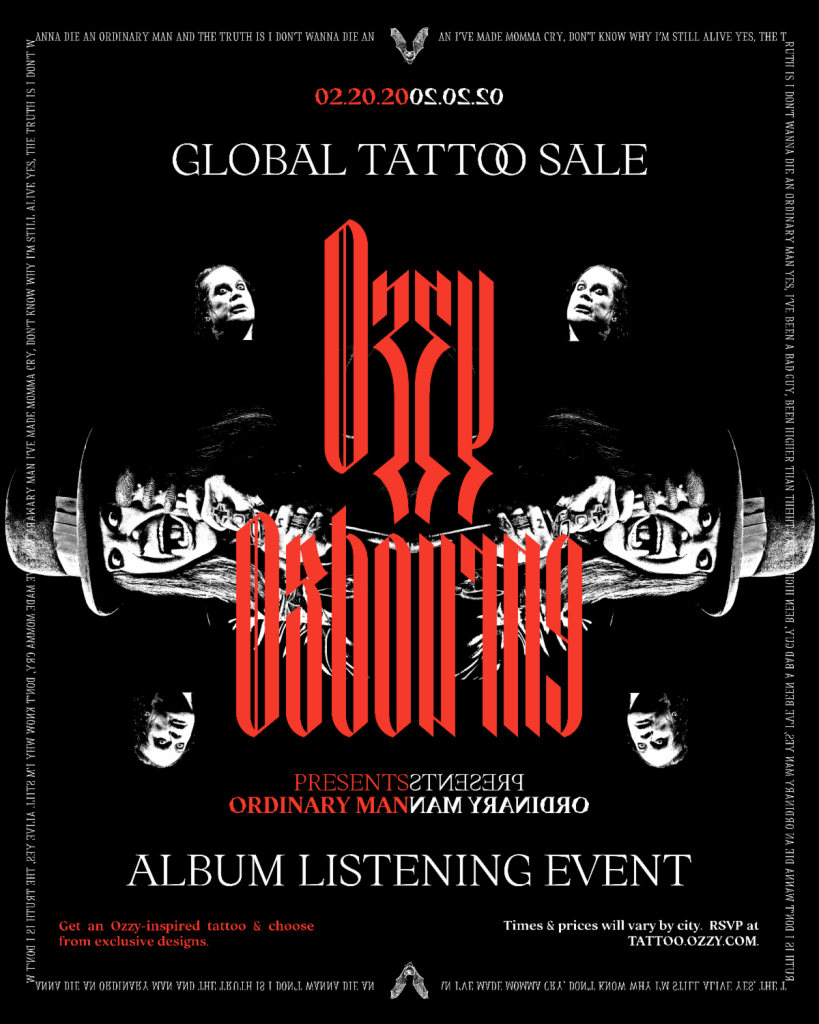 Fans attending the February 20 events–to be held simultaneously at tattoo shops in 50 cities around the world–will not only have the opportunity to listen to Ordinary Man in advance of its release, but they’ll also be among the first to select from a collection of exclusive Ozzy-inspired tattoo designs. For more information and to RSVP, click here

Release day will see Osbourne hosting his first in-store in 10 years, set to take place at Amoeba Records in Hollywood, CA at 5:00 PM. To attend: purchase Ordinary Man (available on CD, LP or picture disc) in-store at Amoeba Hollywood on February 21.  Please note: signing space is limited; line to purchase will form on Sunset Blvd. on February 21, before store opens at 10:30 AM. There is a limit of two copies of Ordinary Man per person for signing. No additional items will be signed at this event and no photos with the artist will be possible. 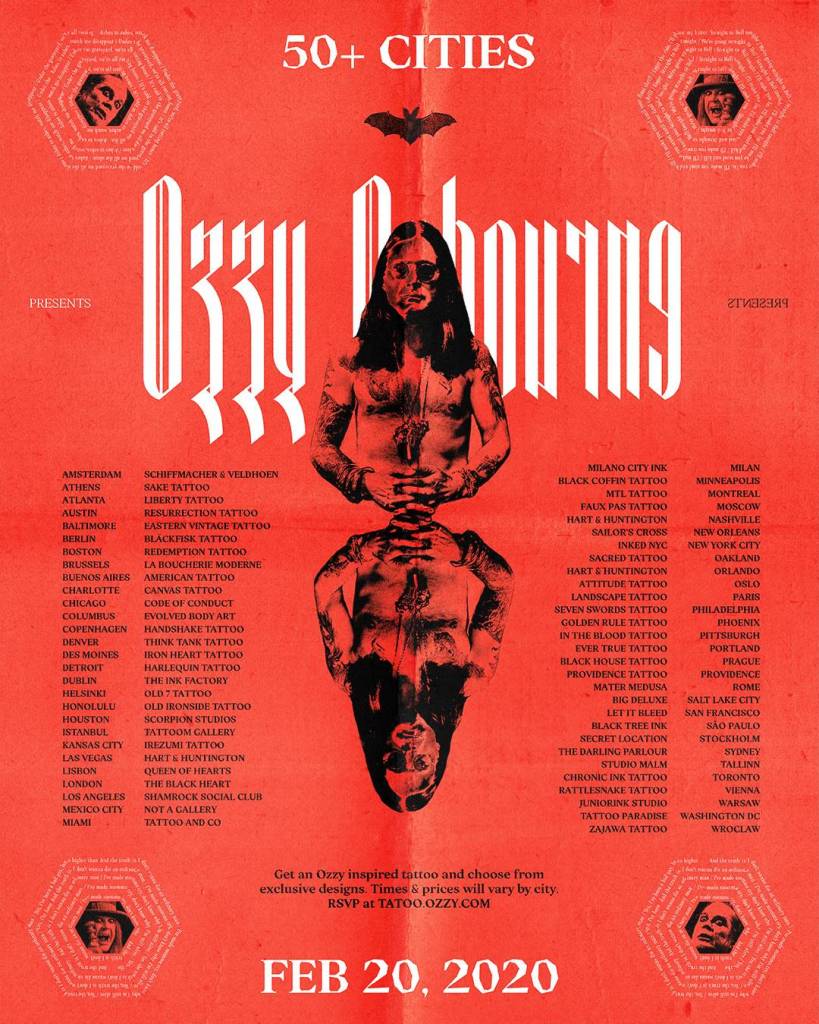