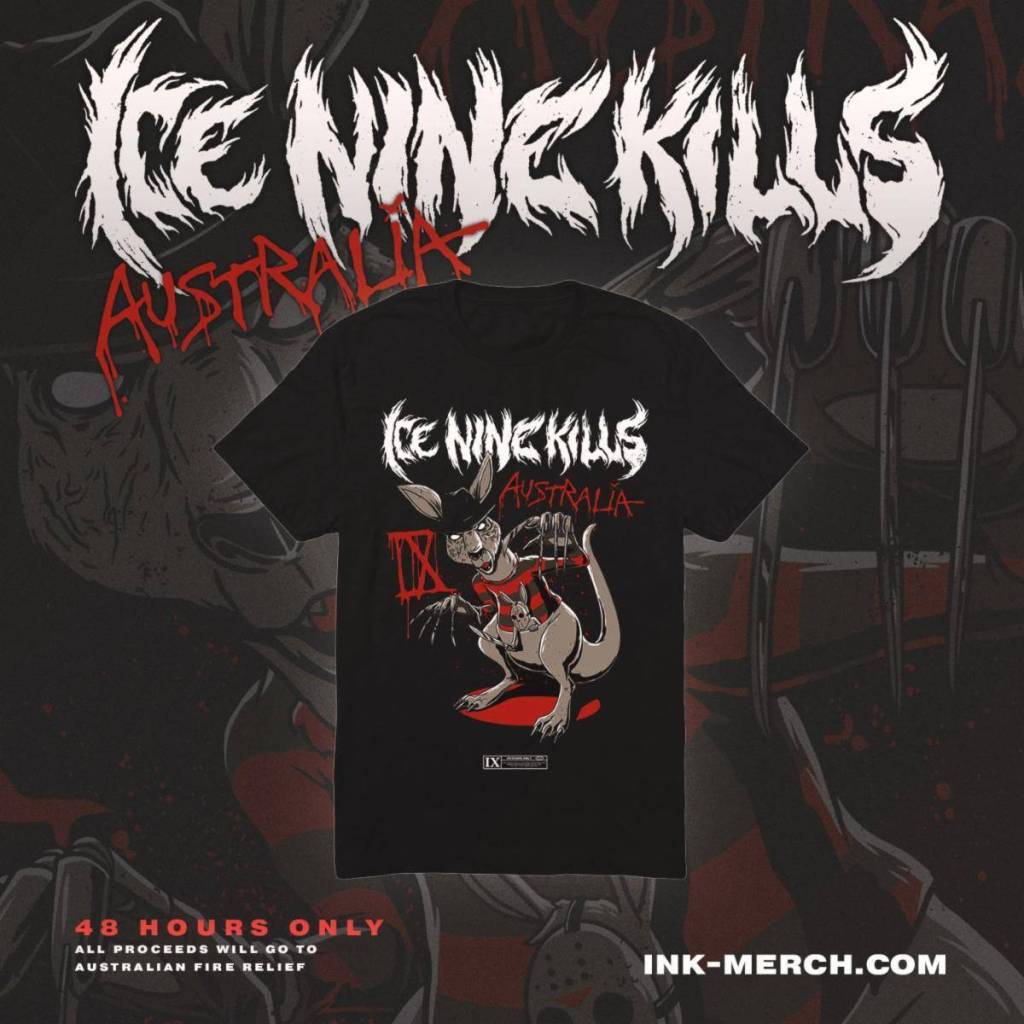 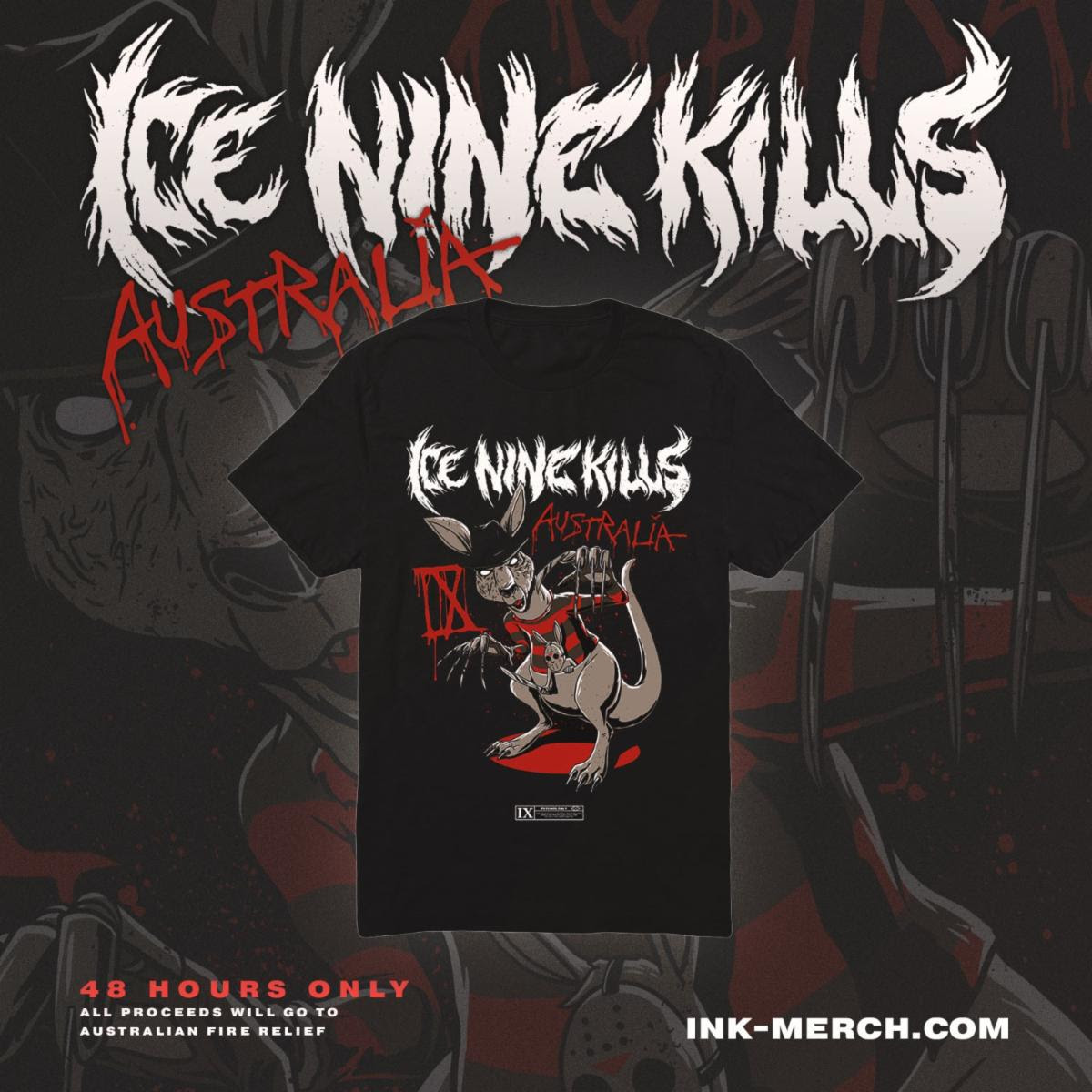 In the midst of the devastating news of the Australian wildfires, horror-inspired theatrical metal group ICE NINE KILLS have launched an exclusive, limited-edition t-shirt, as seen above. 100% of the profits from sales will be donated to aid in the country’s relief efforts. The band traveled to Australia in December of last year for the first time to take part in the Good Things Festival (Sydney), along with a handful of headlining gigs in Brisbane and Melbourne.
“Last month we were thrilled by the killer reception we received on our inaugural visit to Australia,” shares vocalist SPENCER CHARNAS. “In light of the recent events, we are donating all profits from this limited-edition shirt to the Australian Wildfire Relief efforts. Please consider picking one up and helping out our friends down under in this devastating time.”
Order your Limited-Edition shirt now at ink-merch.com Photo Credit – Tina Korhonen
ICE NINE KILLS will be seen touring across Europe and North America in early 2020 with bands including Papa Roach, Hollywood Undead, Five Finger Death Punch and I Prevail in continued support of THE SILVER SCREAM: FINAL CUT–the deluxe version of their critically acclaimed 2018 album via Fearless Records/Concord which features their first-ever Top 10 Active Radio Rock single “A Grave Mistake” and guest appearances from top names in the metal and horror community. Dates are as follows:
* with Papa Roach and Hollywood Undead
* with Papa Roach and Hollywood Undead
& with Five Finger Death Punch, Papa Roach and I Prevail
Further information and tickets for ICE NINE KILLS can be found at:
FACEBOOK | INSTAGRAM | TWITTER | WEBSITE
Splice-MediaGroup.com