Everyone that is interested in, or going to Welcome To Rockville, more than likely knows all the major bands like Metallica, Disturbed, or Godsmack. But what about some of the other bands playing that weekend? One of the great thing about Danny Wimmer Presents festivals is how they showcase up and coming bands. In this informal ongoing series you’ll be introduced to some of these acts. First up is Fire From The Gods. 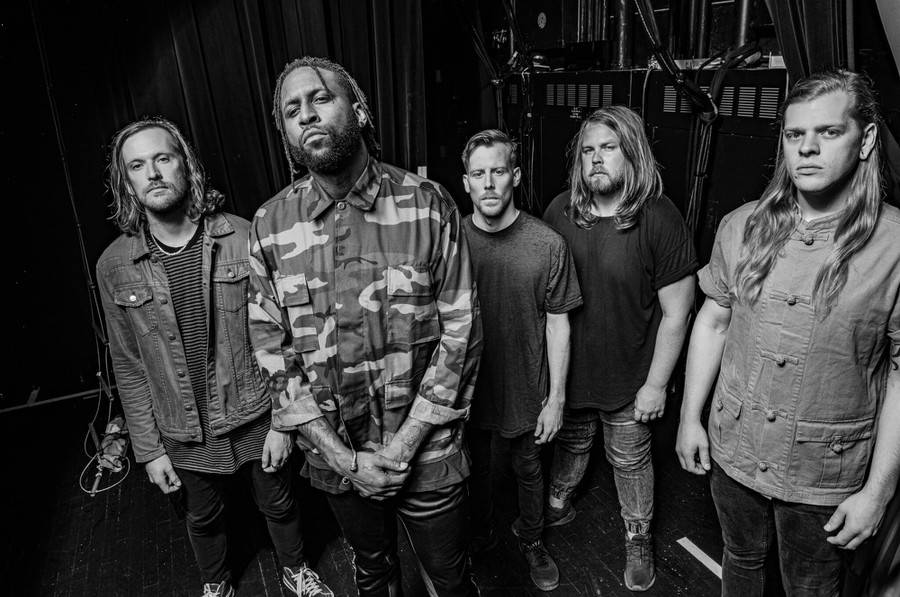 This Austin Texas based band was formed in 2010. After going through some lineup changes, things have settled out and the band consists of guitarist Drew Walker, rhythm guitarist Jameson Teat, bassist Bonner Baker, drummer Richard Wicander, vocalist AJ Channer and Bruiser Fox, now handling backing vocals. With a style that blends hip-hop, hardcore and metal, they have quickly found their voice. They aren’t afraid to tackle heavy subjects of the day like divisive politics and environmental destruction, or more universal topics like depression and anxiety. In 2016 they released their first album Narrative, which sparked two hit singles, “Excuse Me” and “End Transmission”. After non-stop touring with bands like Sevendust and Of Mice And Men, they signed with Better Noise, and released their latest effort American Sun. With the release of this critically acclaimed album, they were invited to hit the road for one of the biggest tours of their career by their label mate Five Finger Death Punch. Between their hard hitting music and relentless touring, they deliver an electrifying and earnest performance that makes this a can’t miss band at Welcome To Rockville.

Fire From The Gods: