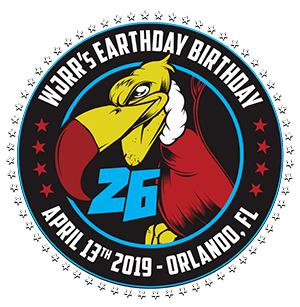 Spring is in the air. The flowers are blooming, its warming up outside and all your favorite bands are in one place. That’s right, because festival season is now upon us. One of the early festivals to take place is Earthday Birthday brought to you by Orlando Fl. Radio station 101.1 WJRR. Named in honor of mother earth, WJRR has been putting on this amazing day for the last 26 years, and each year keeps getting bigger and better. So, on April 13th the Central Florida Fairgrounds were turned into one giant hard rocking party! 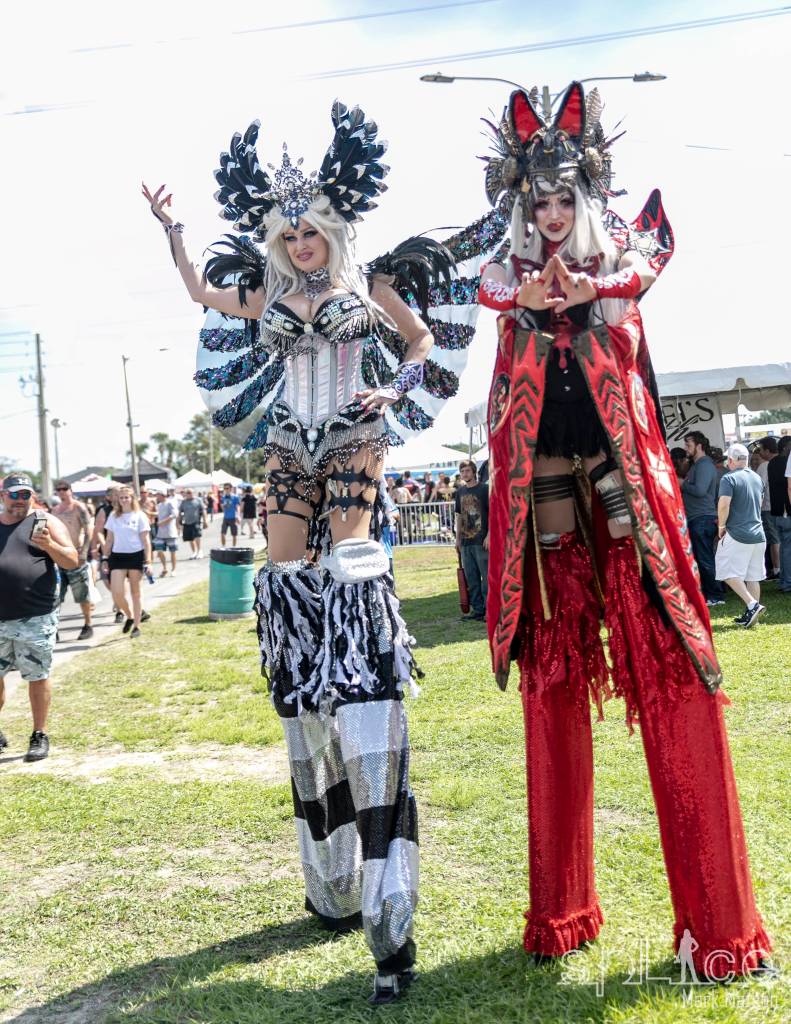 Not only were there amazing bands, but there was food, drinks, a BMX stunt show, 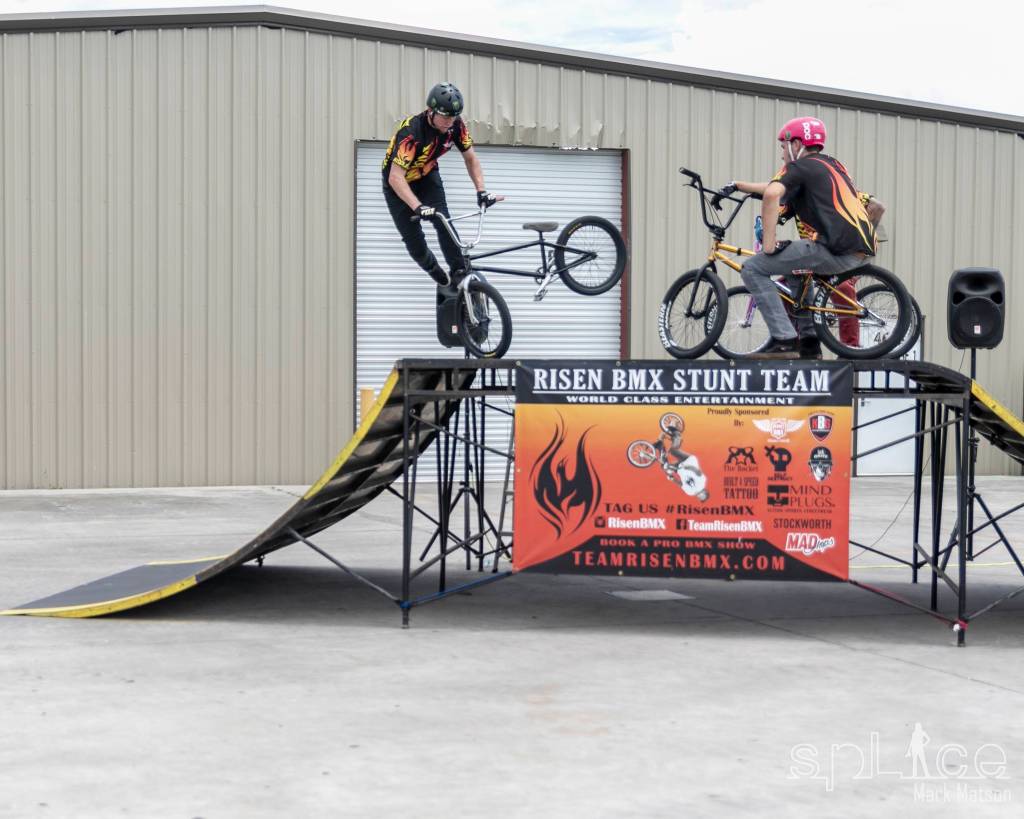 and yes there was even wrestling to watch! 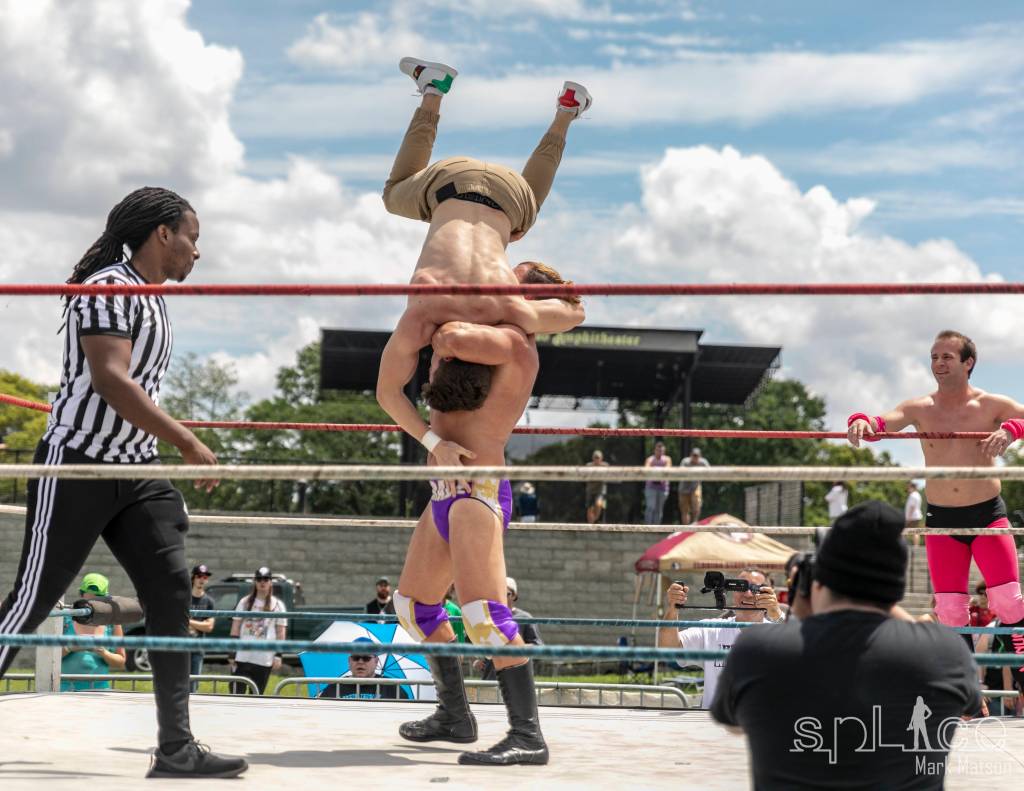 WJRR was going to make sure that everyone that showed up was going to have an awesome day.
With three stages setup, the Bud Light main stage, the AMP stage, and a smaller stage for local bands to showcase their talents, there was always music going on throughout the day. If you felt like you were starting to overheat in the Florida sun, there was even a chill zone setup in an air conditioned building that also had an indoor stage for acoustic performances. Kicking off the festivities after the national anthem, was Thunderjack a local AC/DC tribute band. One of the early bands of note was Eve To Adam. Originally from Florida, they have toured with some of the biggest acts out there like Motley Crue, Halestorm and The Scorpions. Their set was entertaining, with lead singer Taki Sassaris being led on stage wearing a straight jacket and throughout the performance he slowly escaped from it.

Once they were done, it was now time to head to the Bud Light main stage to catch Glorious Sons do their thing. Hailing all the way from Kingston Ontario, this relatively new band has burst onto the scene with their very first number one hit on the Billboard Mainstream Rock Song chart with “S.O.S. (Sawed Off Shotgun)”. This quintet deserved their place on the main stage with their straight ahead rocking performance. For sure this is an act worth keeping an eye on.

After a quick dash across the fairgrounds back to the AMP stage to catch one of the hottest up and coming acts, Badflower. With a string of hits in their short career and their first full length album OK, I’m Sick just released in February it’s no wonder that they had a huge turnout for their set. Of course, their performance relied heavily on the new album. Leading it off was “x ANA x”, which they absolutely nailed. Of course, they played their newly released single “Heroin”. When they played their two biggest hits “Ghost” and “Animal”, this showed just how good this band really is.

The next act at the Bud Light stage was Rival Sons. From Long Beach California, they aren’t your typical hard rock band. They are a straight ahead rock band that have a really cool bluesy vibe. With their new album Feral Roots out, they had some great new material for their fans. Their opening song “Back In The Woods” opened with a wicked drum solo. What a way to open a set! Throughout their performance lead singer Jay Buchanan was channeling his inner Jim Morrison. This was old school rock with tons of swagger and great music.

Back at the AMP stage, it was time for Atreyu’s performance. With it being your typical sunny hot Florida day, you would think that bands would pace themselves, so they don’t get overwhelmed with the heat, not Atreyu. This was truly one the most high energy performances of the day. They were in constant motion and using every inch of the stage. Opening with the “Blow”, they were shot out of a canon and from there put it into an even higher gear. They also did a cover of the classic Bon Jovi song “You Give Love a Bad Name”. At one point singer Alex Varkatzas hopped off the stage and went to the crowd and was leaning over the rail and singing. What a highlight moment for the lucky fans that were right there.

Next to take the Bud Light main stage was Motionless in White. What a wild performance these guys put on. With the makeup and stage performance they have its no wonder that there was a buzz in the crowd when they were getting to go on stage. But they aren’t just a gimmick, these guys rock! At one point during their performance, lead singer Chris Motionless asked the crowd to put away the cell phones because they were going to debut a brand new unreleased song called “Disguise”. It wouldn’t be a Motionless in White show without their big hit “Loud (Fuck It)”.

Pop Evil was the next band up on the main stage. When they played their hit song “Last Man Standing” to everyone’s surprise they combined it with the Survivor hit song “Eye Of The Tiger”. With their performance, they were the first bad to get a longer set time. If you thought that they would use the extra time to play something they obscure or an older track, you would be wrong. They pulled out all the stops and played nothing but their big hits. From “Deal With The Devil” to “Footsteps” to “100 In A 55” to “Waking Lions”, they definitely gave the crowd their all.

The band that got to close out the AMP stage was Florida’s own Underoath. If there was one performance that could not only match the intensity and energy of Atreyu’s set it was Underoath. Spencer Chamberlin the lead singer was another performer that took the show off the stage and right to the lucky fans who were at the front. For sure everyone there was giving Underoath some extra hometown love.

As the sun was setting on this already memorable day, it was now time for the last two acts of the night on the big stage. As everyone was looking at the stage. With a drum kit on a high riser and led screens to either side of it, Three Days Grace certainly had a very cool looking stage. Kicking off their show was “Mountain” from their latest album Outsider. While they were playing that song, the screens were playing the album art images. If there is one thing you can say about Three Days Grace, they are truly a hit machine. With a set list that encompassed all their albums it was also nothing but non stop hit songs. Even if you never heard of these guys, if you turned on a radio odds are you’ve heard their songs. When they played “Animal I Have Become” they even sneaked in a bit of thee White Strips classic song “Seven Nation Army”.

Finally, it was time for Godsmack to close this amazing day out. They kicked things off with the title track to their newest album When Legends Rise. Then they dove right into “1000HP”. At one point during the song they stopped suddenly, and Sully Erna rested an elbow on his mic stand and looked proudly out into the sea of people there. 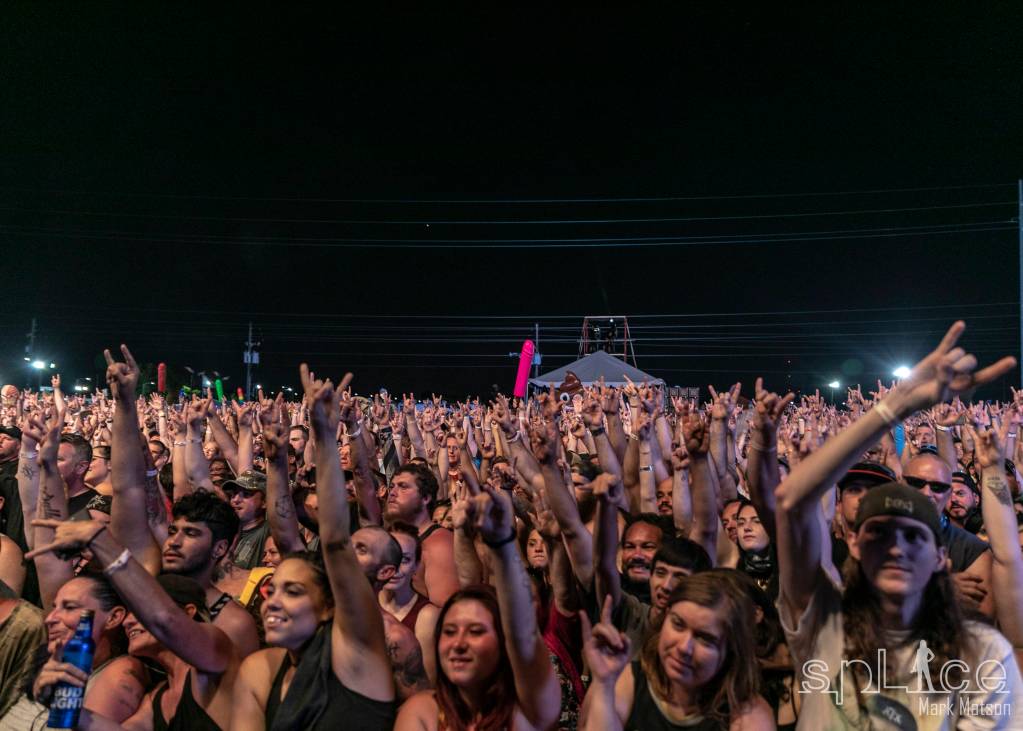 It wouldn’t be a Godsmack show without Sully Erna trading his mic for drumsticks and his own drum kit and having a drum off with Godsmacks very own drummer Shannon Larkin. They closed out this amazing festival with a great cover of the AC/DC classic song “Highway To Hell”.

Without a doubt the folks at WJRR 101.5 and their partners Bud Light and Hard Rock Live Orlando put on a helluva one day festival. From start to finish the day couldn’t have gone any better. With weather that the rest of the country would be envious of and incredible performances from every band, and all the other attractions to entertain fans, Earthday Birthday should be high on everyone’s list of must see festivals.