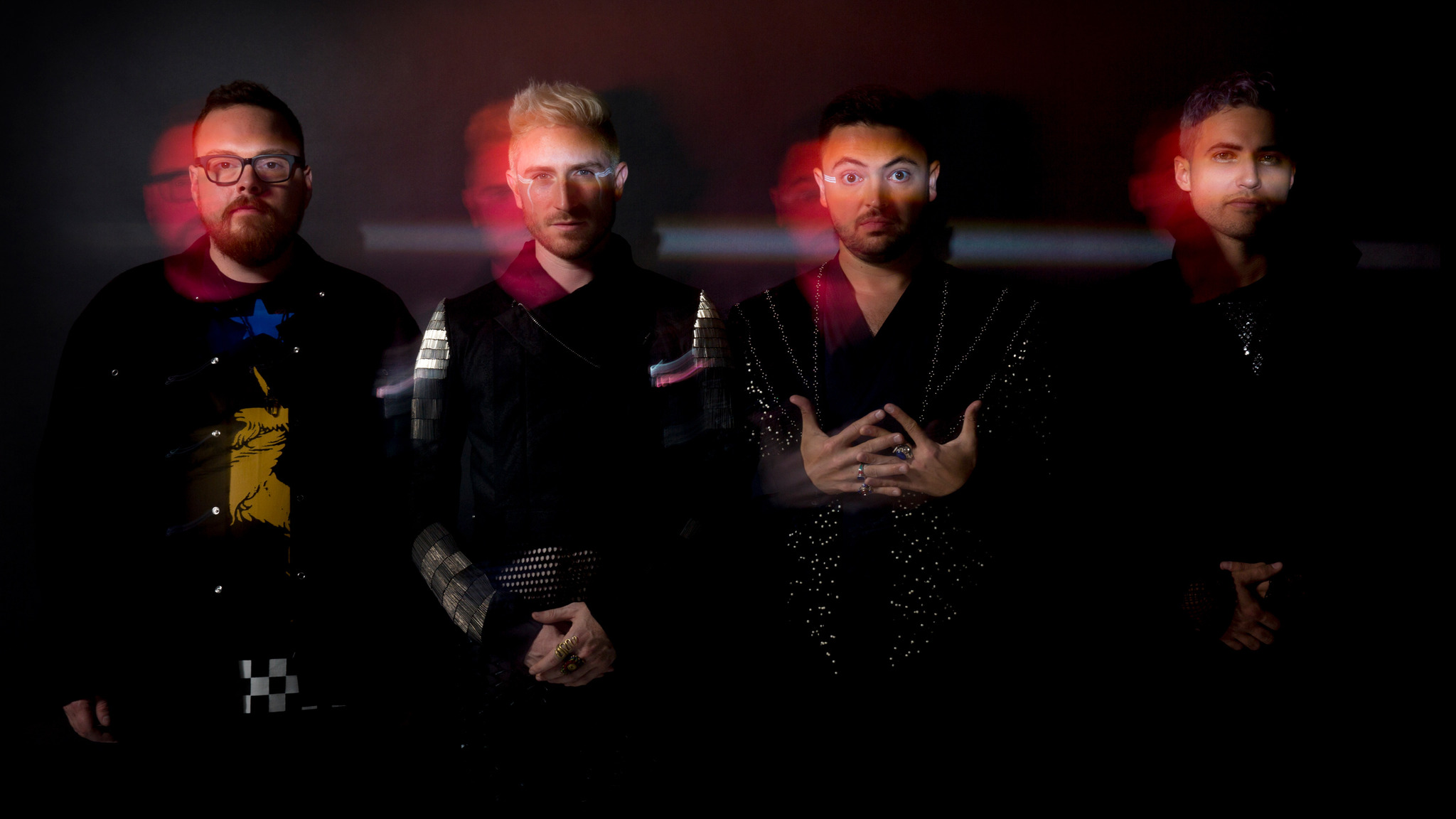 On February 12th outside Jannus Live in Downtown St. Petersburg Fl., a huge line was wrapped around the building waiting to get the venue to check out tonight’s act. Who could bring out such a big crowd out on a weeknight? It was Walk The Moon bringing their latest tour to their fans to experience at Jannus Live in downtown St. Petersburg Fl. Not only was the crowd treated to an electrifying performance by Walk The Moon, they also got to see a great opener in Bear Hands.
Hailing from Brooklyn, NY, Indie/rock band Bear Hands is made up of vocalist and guitarist Dylan Rau, Val Loper on bass, and drummer TJ Orscher. With three full length albums under their belts and a top 10 hit on the alternative charts they had plenty of great songs to grow their sizeable fan base, but also add to it for those not familiar with them. With only two bands on the bill, there was plenty of time for Bear Hands to play a quality eleven song set to thrill everyone there, including their big hit “Giants”. Throughout their time on stage, the band was flawless and had the audience’s full attention.

Now that Bear Hands set was done, it was time for the band that clearly everyone was here to see, Walk The Moon. The audience was filled with people wearing their shirts and chatting about how many times they have seen the band. Some even were decked out in face paint that the band has used in the past. It’s easy to see that Walk The Moon has a passionate fan base. When the lights when down, the cheering from the crowd was loud! As the band came out to their instruments, lead singer Nicholas Petricca stopped to wave at the adoring crowd and everyone there loved it! The band kicked off their set with “Lisa Baby” to the crowd’s delight. When they got to the third song of the night, one of their big hits “One Foot”, the energy in the venue went sky high. Everyone was loving the performance as Nicholas Petricca was dancing throughout the song as was bassist Kevin Ray. It really looked like he was having the time of his life. Soon they performed the classic tune “Ghostbusters” from the movie of the same name. Every time he sang “who ya gonna call?” the crowd yelled back “GHOSTBUSTERS!!” as loud as they possibly could. One of the most memorable songs of the night was when they played the hit song “Shut Up and Dance”. The band sounded great! It was an amazing performance of their hit single. The audience was singing along to the song so loudly, that at times you couldn’t even hear the band. Not only was the bands performance top notch, but the light show that they brought along with them was equal to the show Walk The Moon put on.

This was a show that everyone who attended loved. Walk The Moon did a splendid job playing all their songs. Not only are they top notch musicians, but they know how to bring their songs to life on the stage. Besides this, they bring an infectious energy to their shows and it easily rubbes off on everyone there. After seeing them live, it’s no surprise that they sell out their shows and have such a fervent fan base. So, catch them on tour while you can, and you too will become a fan.