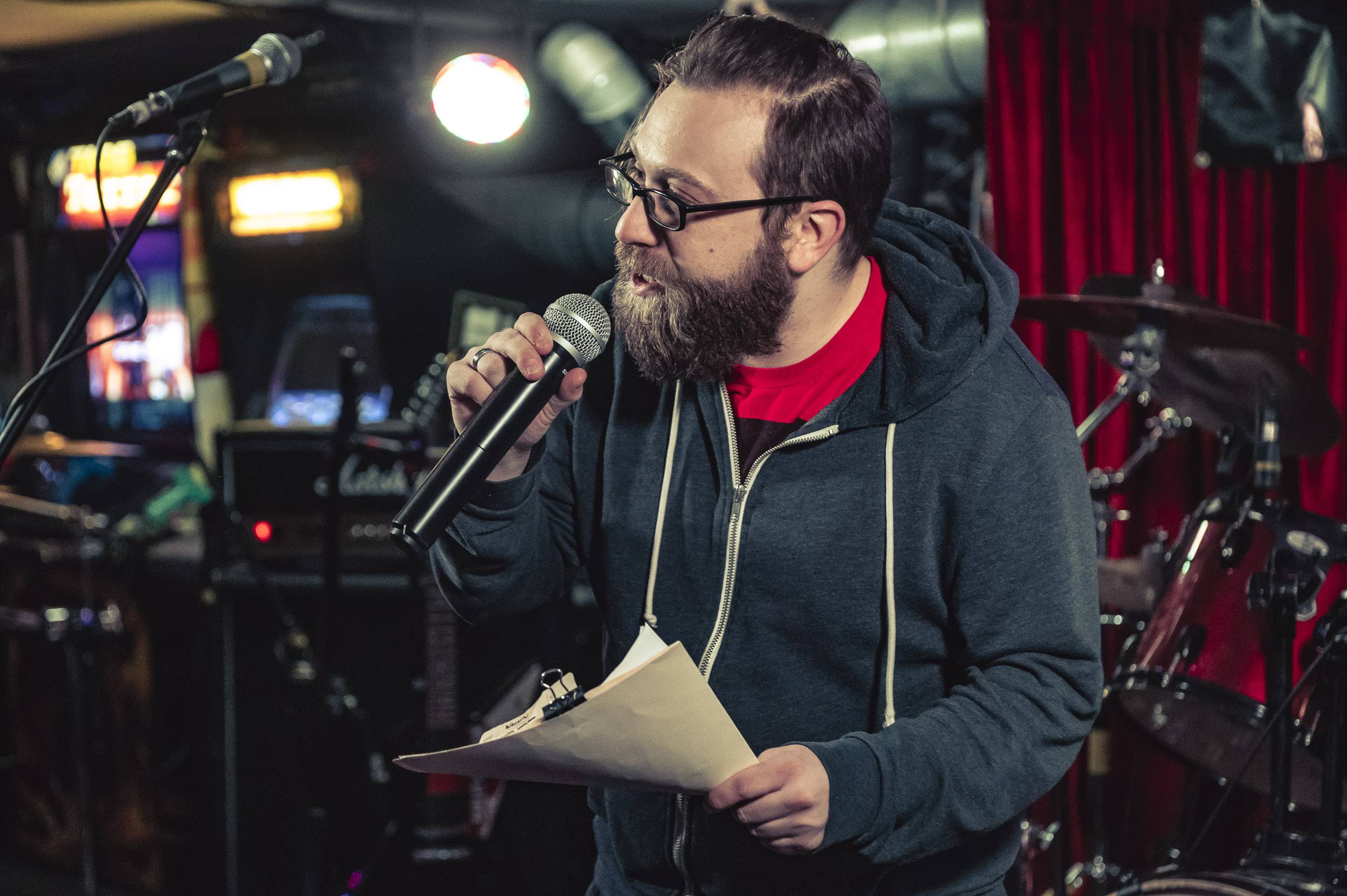 House of Targ was home to the second preliminary round for a local band to have the opportunity to represent Canada and perform at the Wacken Open Air Festival (August 1st – 3rd). The contest was seeking out the best competitor would go on to compete in the Québec Final on March 15th in Montreal at Piranha Bar. The evenings competitors were hard rockers Cycle of Twelve, Sovereign Council, Messora and Infrared.

Starting off the evening was a brief introduction by Jon Asher (Asher Media Relations), who not only introduced the bands but also took time to let the crowd know the expertise and experience of the judges for the evening. The bands were judged by diverse experts within the music community: Kev Bonics – Sunrise Records Topon Das – Fuck The Facts, Apartment 2 Recording Aaron Homma – Annihilator, Killitorous Chris Bubinas – Metal Injection, Exclaim! Medhi – The Koven.

Up first for the evening, were Cycle of Twelve who played a slow but gritty rock set. The band got the crowd bobbing along, however, they took some time to achieve that kind of interaction and really get in their stride. When it was time for their final song, the band found themselves and unleashed the energy and dynamism that they had been hiding for much of their set. With some proper feedback from the judges that would hopefully help refine their sound and lead them to future success, they moved off stage for the next band to perform.

Following Cycle of Twelve, were the heavy hitting Messora. Tearing into their set as soon as they could, the band delivered an engaging and dramatic performance. Featuring smoke machines, harsh red lights combined with frontman Zach Charest decked out in an outfit that helped the band stand out, Messora was a whirlwind on stage. It was hard to believe that half an hour had passed when they began to play their final song, as each song had layered onto each other leaving viewers with a feeling that the experience was almost surreal.

After Messora were the symphonic metal players Sovereign Council. With a more refined and distinguishable set, the band treated the crowd to a host of new tracks. With new track ‘Breathe’ and the old classic song  ‘The Human Condition’ were standouts for the evening. With soaring vocals paired nicely with their instrumentals, they turned the made the small arcade venue feel as though you were being treated to a larger arena performance.

Following Sovereign Council, were Ottawa thrash legends Infrared. Even before the band began playing, many longtime fans in the crowd were acting as though the band had won the competition demanding that “10 more songs be played” in between chanting the bands’ name. With that bolster of confidence from the crowd, the band enthusiastically played their songs which elicited more energy and cheers from the crowd. Every song acted as a rallying cry for the crowd to join Infrared’s cause to win the competition. This was especially prominent during the song “No Peace,” which saw the crowd come close to the band and chant along whenever the chorus of “No Peace” occurred. But would this bands fan devotion and rallying cries be enough to take home the win?

Unfortunately for Infrared, the crowd’s enthusiasm and the band’s own energetic and hard-hitting set was not enough to take the crown of the evening. Rather, Kingston/Ottawa based Sovereign Council were able to take the win with a 6 point better score! Congratulations to Sovereign Council and be sure to check them and all the other bands out when they come to a city near you!