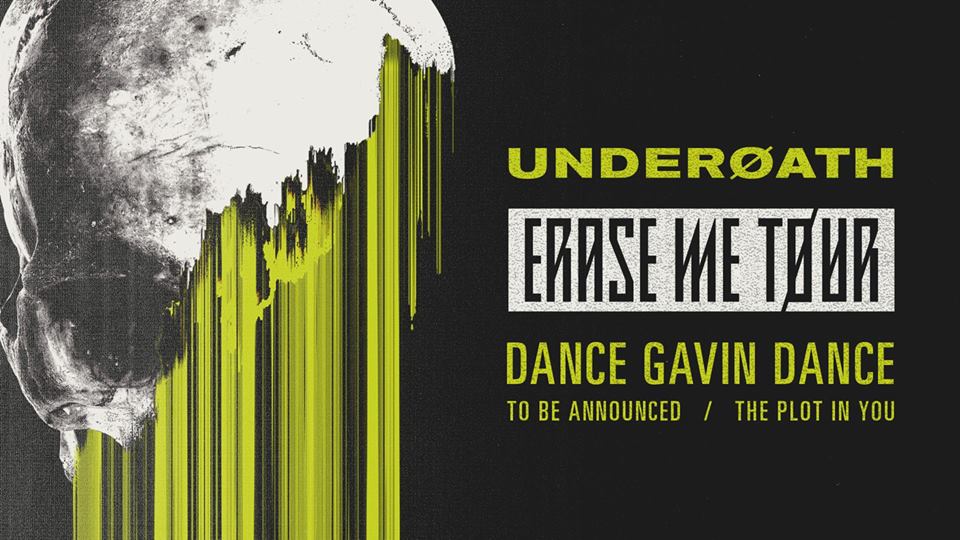 Vancouver, British Columbia, Canada (November 19, 2018) – Not all Mondays are bad, and Underoath made sure to prove this right at their Vancouver, British Columbia, Canada show tonight! Half-way through their current Erase Me Tour, with special guests, Dance Gavin Dance, and The Plot in You, and Crown the Empire, they made a stop at The Vogue Theatre and played a first show in Vancouver since 2011. And I think that everyone who was there can agree, that the wait was well worth it!

California rockers Dance Gavin Dance played right before Underoath, and they made sure people were ready for the headliner in all aspects. The second these guys came on stage, people started crowd-surfing and didn’t stop until the very end. The whole crowd sang along so loudly, you could barely hear the lead singer at times. And we’re still not even talking about the headliner!

Underoath, a metalcore band from Tampa, FL, showed amazing energy while performing their hits like “A Boy Brushed Red Living in Black and White“, “ihateit“, and “Writing On The Walls“. The crowd was clearly having a great time, and mosh pits surely weren’t a rare sight that night.

Underoath didn’t disappoint when it came to the incredible visuals during their performance either. Two elevated areas for the drums and keyboards, surrounded by multiple led screens brought the entire production to a whole new level.

The band finished the night by saying they won’t wait another seven years to come back. And after a crazy night like this one, I am sure everyone approves!