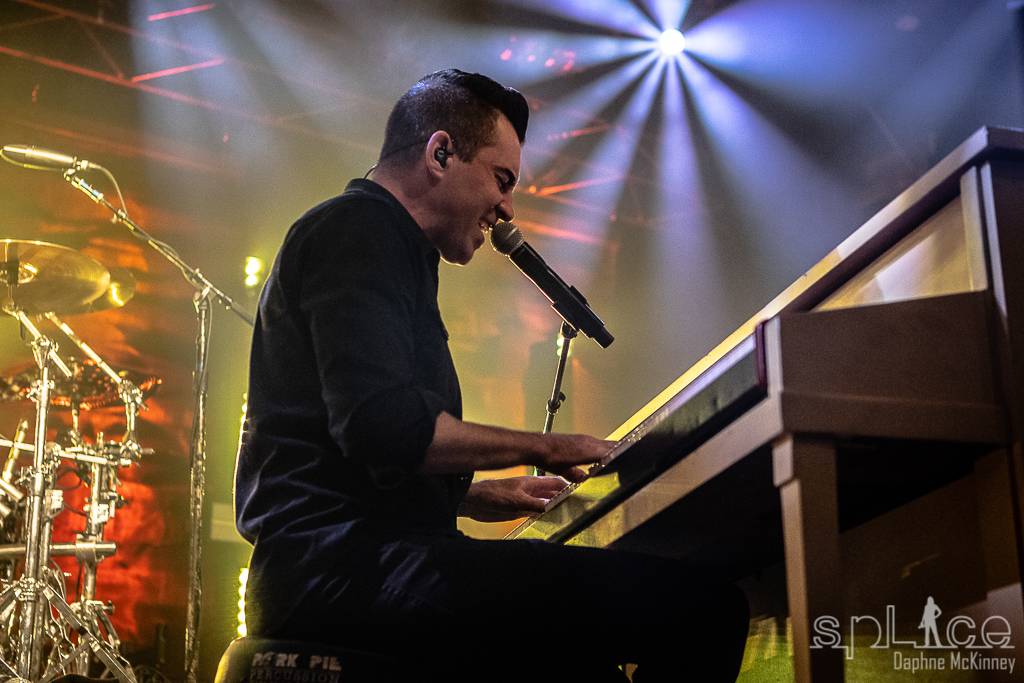 Raleigh, North Carolina (October 5, 2019) – Theory of a Deadman are gearing up to release their 7th studio album, entitled Say Nothing due out January 31, 2020. Prior to the release, they’re spending this fall on the road, playing dates across the U.S. and Europe. Tonight we were lucky enough to catch them at their stop in Raleigh, NC at The Ritz.

Opening the show tonight is touring partner Spirit Animal. They had joined Theory of a Deadman on tour last year as well, picking up new fans in every city they played. I’ve heard a bit about this band, but haven’t had the chance to see them live yet, so I was definitely looking forward to this show.  Spirit Animal started their set playing “Regular World” off their 2016 EP. This track has over 3 million streams on Spotify alone. Their pop blend may not seem to fit in with Theory of a Deadman show, but the energy Spirit Animal brings to every song is outright infectious. It didn’t take long for the crowd to join right in with that energy. They continued with a very strong set, sampling most of their 2019 LP Reborn Yesterday, including a full audience sing along for “House on Fire” and ending their 45 min set with “YEAH!”.

Now it was time for the headliner Theory of a Deadman. With a single spotlight, we can see vocalist, Tyler Connolly at his piano playing the opening notes for “Straight Jacket” before the rest of the band joins in to start the show. Soon, the talented multi-instrumentalist was up from the piano with a guitar in hand playing “Low Life” off their 2011 LP The Truth Is…. Theory of a Deadman continued on with a slew of hits spanning their entire music catalog to date. They treated fans to covers of Alice in Chain’s “Nutshell” and Chris Isaak’s “Wicked Games” as they have quite a bit on recent tours. This tour Theory are also adding in their very powerful new single “History of Violence” off the upcoming 7th LP.

After playing “Hate My Life” the lights went down again signaling the end of their set. Fans that had filled the venue were definitely not ready leave just quite yet. The crowd still had plenty of voice left, as you could tell from the cheers begging the band to come back for an encore. After a very short break, Theory of a Deadman returned to the stage playing their huge radio hit “Rx”, followed by a teaser instrumental only version of “Paradise City” in which the crowd filled in the missing lyrics. Theory of a Deadman wrapped up the their 90 minute show with their biggest hit “Bad Girlfriend”.

You can check out the remaining tour dates, as well as pre-order their new album at: https://www.theoryofficial.com/

Theory of a Deadman: